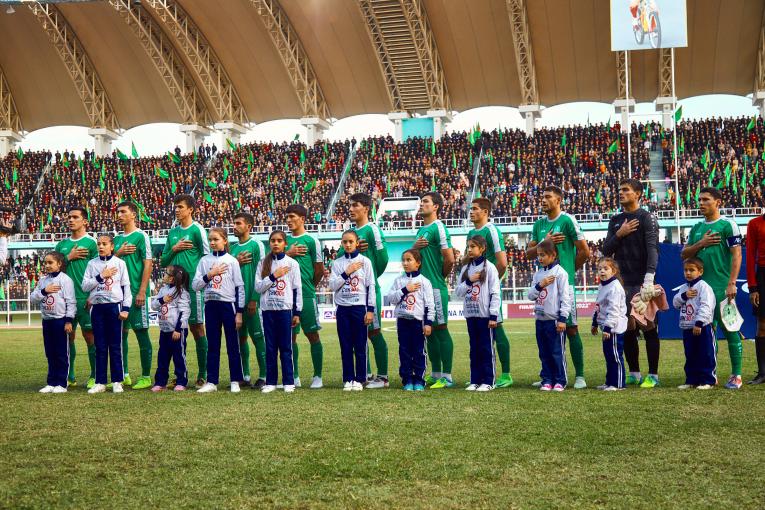 At the FIFA World Cup Qualifying match between Turkmenistan and Sri Lanka in Ashgabat earlier this week, children accompanied players onto the field to mark World Children’s Day and the 30th Anniversary of the Convention on the Rights of the Child.

Twenty-two girls and boys, including children with disabilities, had an opportunity to greet football players and around 26,000 football fans who attended the match. A special congratulatory announcement was made on World Children’s Day, and dedicated UNICEF banners were placed for free on the sidelines of the field, congratulating all children in Turkmenistan on this occasion.

“This is my first time at the stadium. I saw a lot of cheerful people and I am sharing the joy with them,” said Mahek Ayazova, an eight-year-old girl with a Down Syndrome.

“I was standing first in line with a football player. He held my hand. I want to become a player like him,” said Vlad Abaseyev, 6.

“We are delighted to partner with the Football Federation of Turkmenistan in advancing children’s development through sports and look forward to expanding our partnership with the Federation in the future,” said Christine Weigand, UNICEF Representative in Turkmenistan. 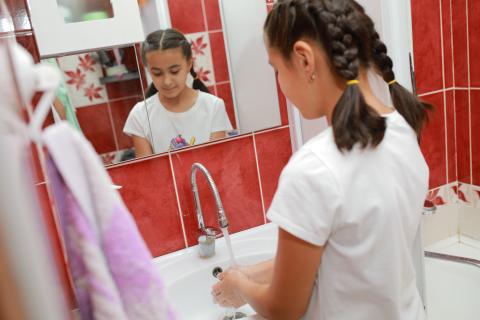 COVID-19 prevention, response, to protect families and children from the spread of the infection in the country. 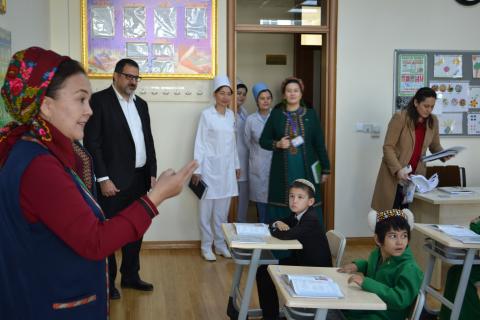 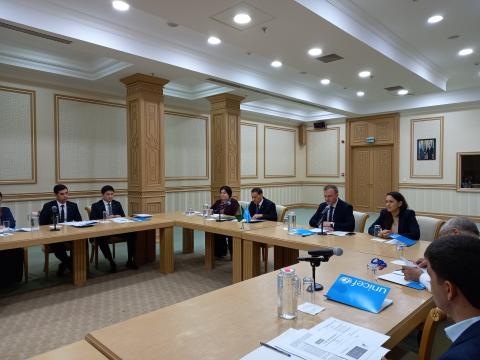 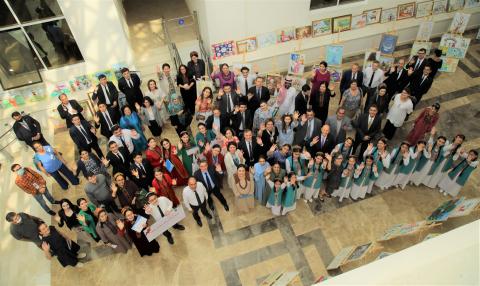 UNICEF, partners and children celebrate the International Day for Protection of Children at the UN House in Ashgabat