In Turkmenistan, UNICEF defends the rights of children, focusing on the most vulnerable.

Turkmenistan is the arid country of Central Asia, with a significant territory of over 491 thousand square kilometres. The total population of Turkmenistan is estimated to be 5.6 million people. In 2017, 50.2 per cent of the population were female and 33.3 per cent under the age of 18. The country has a high fertility rate, at 2.84 children per woman in 2017. The dependency ratio is 54 per cent.

An increasing number of children are surviving in Turkmenistan.  Between 1990 and 2015, Turkmenistan reduced its under-five mortality from 95.6 to 51.5 per 1,000 live births, but disparities persist, with mortality rates being much higher for children from poor households and rural residents.

Turkmenistan ratified the Convention on the Rights of the Child (CRC) in 1993, and the Optional Protocol to the CRC on the involvement of children in armed conflict, and the Optional Protocol to the CRC on the sale of children, child prostitution and child pornography in 2005. Turkmenistan has introduced a Law “On State Guarantees of the Rights of the Child” that guarantees a healthy living environment, adequate care and protection from exploitation at work, and has endorsed the State Programme of Youth Policy for 2015-2020 to create favourable conditions for full participation of young people in socioeconomic, political and cultural life. The National Plan of Action for Children for 2018-2022 identifies six priorities and embeds children’s engagement in monitoring of their rights as a driver of change.

Since 2001, national vaccination and procurement are fully financed by the state budget, with continuously increasing budgets allocated for these purposes. The Government’s annual investment in immunization reaches over 11 million USD. Since all children receive vaccines for free, there is a high level of coverage regardless of household wealth. The percentage of children who had all the recommended vaccinations by their first birthday is 95 per cent. Turkmenistan was certified as polio and malaria-free country. The Government maintains its commitment to ensuring that every child in the country is fully vaccinated and is planning to introduce new vaccinations.

Despite such progress made in improving the nutritional status of women and children, child malnutrition remains one of the most pressing health issues. In addition to malnutrition, the problem of obesity is becoming more prominent. 5.9 per cent of children under five were overweight or too heavy for their height in 2016, in comparison with 4.5 per cent in 2006. The percentage of overweight children increases by age, reaching 11.5 per cent among 7-year old children nationwide (similar among boys and girls) and 19.1 per cent in Ashgabat.

Anemia remains a serious public health issue. Although the most recent data are not available, anemia prevalence in the country was at 44 per cent among children aged 6-59 months and 57 per cent among non-pregnant women of reproductive age in 2011.

Access to water resources is a challenge with significant implications on equity. Overall, 83 per cent of the population uses an improved source of drinking water – 98 per cent in urban areas and 73 per cent in rural areas.

Secondary education is free, universal and mandatory for students ages 6 to 18. The country moved to a twelve-year education. The pre-school coverage is only 46 per cent. In order to ensure universal preschool enrollment of all children, parent educational centres and their branches opened for short-term stay are available for children of pre-school age, including children with disabilities who do not attend pre-school institutions and their parents. Centres were opened with UNICEF’s support on the basis of existing kindergartens and secondary schools, in urban and rural areas.

The family in Turkmenistan is one of the national key values that have deep roots in the centuries-old tradition and national mentality. Turkmen families are close-knit and extended, especially in rural areas where parents live in the same household with young families. According to one UNICEF study, the biggest single reason for the placement of children into infant homes is the refusal of parents because of disability and temporary placement for reasons for the child’s disability. 62 per cent of the population of infant homes constitute children with disabilities.

National human development indicators have placed Turkmenistan firmly in the medium human development category.  The country has made measurable progress in advancing the rights of children as more children are surviving and gaining access to education and healthcare. 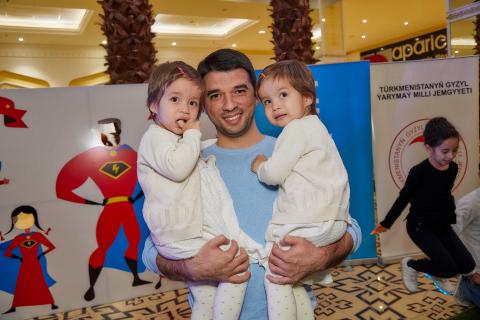 Please contact us if you have questions, ideas, or comments. 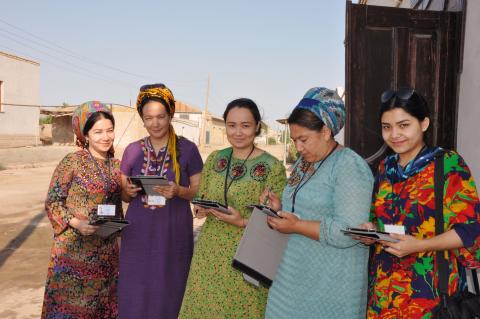 In Turkmenistan, we make sure that every child counts. 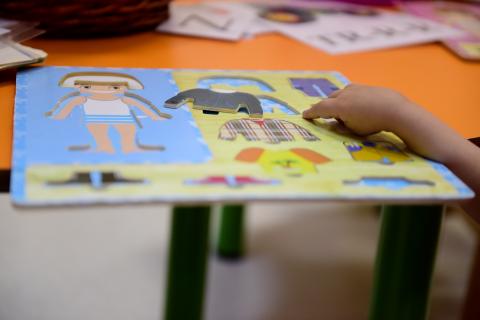 Review of the situation of children in institutional care 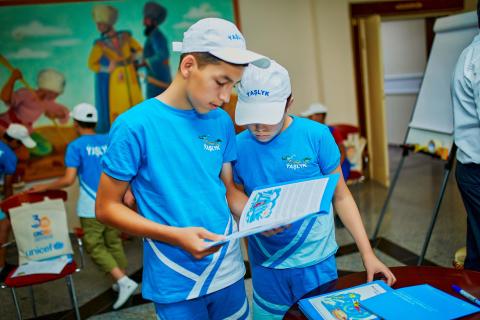