What is the one thing that even a bomb cannot destroy?

What is the one thing that even a bomb cannot destroy?

Judging by what they tell us, before the bombs landed on top of their house, everything was about as good as it could get for the Matar family. That was exactly five years ago, before the war came to them as it did to too many other Syrian families. They had even started to build a new house for themselves on a plot of land they owned just opposite the one they were living in. The war destroyed this new life before their very eyes.

“Your car may be shattered to pieces. Bombs falling right on top of your house may destroy your life. But there’s one thing that even bombs can’t destroy, this thing is ideas.” Emel, the mother explains to sum up the whole family’s attitude towards life.

The Matar family consist of the mother Emel(30), the father, Cihad (53), and three children – Gaffur (13),  Eniyad (12) and Muhtemen (8). Together, they left everything they owned back in Syria and came to Turkey. A five-day journey brought them to Şanlıurfa, where they settled in the apartment they are living in now.

Ever since the family moved to Turkey, they gave priority to their children’s education despite their difficult economic conditions. The father Cihad explains, “we used to cut down on food and basic supplies to save up and spend the money on educating our children, so they wouldn’t feel inadequate in school.” Cihad used to teach history in Syria but now he is unable to work in Turkey due to his illness. “I was always curious about the past, that’s why I chose to teach history.” Thinking about the situation in Syria he continues “history always repeats itself. Nothing ever happens in exactly the same way, but when war starts all humans are affected in the same way and have similar emotions regardless which part of the world they are from. At the end only love counts”.

All three children are benefitting from the Conditional Cash Transfer for Education (CCTE) Programme. The CCTE programme aims to encourage school enrolment and improve school attendance of Syrian and other refugee children. It also includes a child protection component that ensures that the most vulnerable refugee children are identified and supported in accessing services as required. The CCTE is a national social assistance programme which has been implemented by the Ministry Family, Labour and Social Services since 2003. In early 2017 it was extended to Syrian and other refugee families and is being implemented through a close partnership between the Ministry of Family, Labour and Social Services, the Ministry of National Education, the Turkish Red Crescent and UNICEF. The extension of the programme has been made possible by the generous financial support of the European Union (EU) and is also supported by the Governments of Norway and the United States of America.

When asked about his school Eyniyad replies; “when I first started going to school it was really difficult for me. My classmates used to make fun of me and that made me sad and upset. Eventually I was able to improve my language and talk better with them, so I explain to them that they were wrong. Gradually those who used to make fun of me became my good friends. Now I am very happy at school and I have very close friends.”

“We kept encouraging him to go to school even when he was having difficulties,” explains Emel, Eyniyad’s mother. “To solve a problem you have to tackle it, not run away. From this point of view, we knew it was important for him to keep going to school regularly and communicate with his classmates. For our family, regular school attendance of Eyniyad and his brothers is very important, so children continue to learn and we can continue benefiting from the cash assistance we receive through the Conditional Cash Transfer for Education programme. Children’s needs never end, so the support we received from the programme helped us a lot.”

Emel was a kindergarten teacher in Syria. Here in Turkey, she is unable to work but her support for education continues. She is always trying to give her children something new to think about, and to support their education the best she can.

Holding an old photo of their house in Syria that now stands in ruin, Eyniyad tells us about his plan for the future, “I am going to be an engineer and rebuild Syria and rebuild our house.” 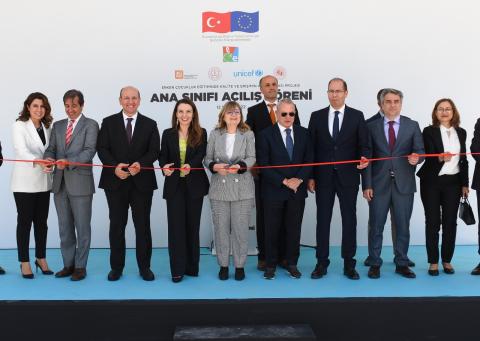 More children in Turkey will benefit from early childhood education 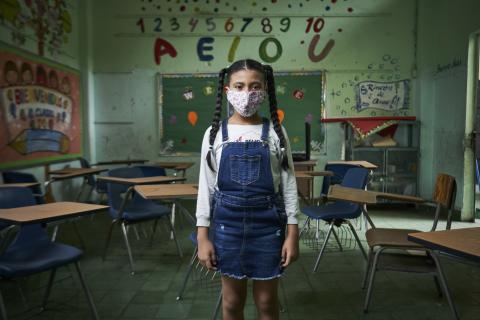 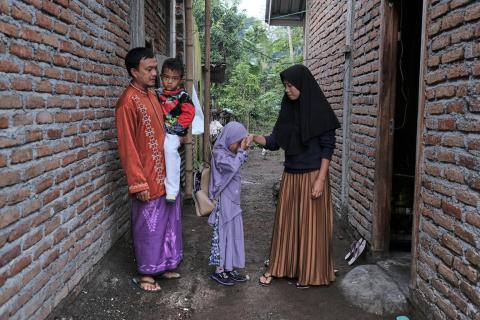 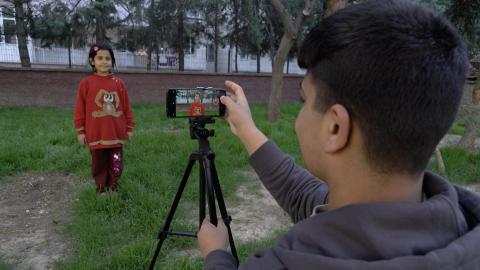