While these are positive trends, the current rates remain high and require urgent attention.

Inadequate water, sanitation, and hygiene (WASH) provision and practices in maternity units and new-born departments at health facilities remain one of the leading contributing factors to high neonatal and infant mortality. These shortages not only discourage care-seeking and service utilization, but also present challenges to effective infection prevention and control, and hygiene promotion among mothers and caregivers. Water, hygiene and sanitation have a significant impact on maternal and child survival.

Undernutrition remains a significant public health challenge in Tajikistan, causing preventable deaths and delaying children’s physical and cognitive development. As many as 21 per cent of children under five are stunted (have chronic malnutrition), including 6 per cent who are severely stunted; meanwhile wasting (acute malnutrition) currently stands at 3 per cent, including 1 per cent severely wasted; and underweight at 6 per cent. Many women and children also suffer from micronutrient deficiencies, reflected in high rates of anaemia and iodine deficiency.

Child development beyond ‘survival’ is another challenge, as falling child mortality in Tajikistan does not mean that all children who survive can reach their full potential.

Care practices for sick children are also sub-optimal. According to the Demographic Health Survey 2017, only about a third of children received increased fluids and continued feeding during recent diarrheal episodes, for example.

While Government policy since 2005 has been to provide age-based recommendations to parents on how they can play and communicate with their children, in reality this is hardly implemented and parents lack parenting skills. Meanwhile, official statistics show that more than 25,000 children are registered with disabilities. In many cases, the disabilities could have been detectable much earlier, but early identification and comprehensive cross-sectoral responses to address these conditions remain largely unavailable in Tajikistan

UNICEF draws on robust evidence to demonstrate that investing in the early years is one of the smartest investments a country can make to break the cycle of poverty, address inequality, boost productivity, and reduce the burden of non-communicable diseases and poor mental health.

UNICEF is supporting the Government of Tajikistan to improve child survival with a thorough identification of the critical health system bottlenecks to effective coverage, access, and demand for the evidence-based maternal and child health interventions.

By making investments in primary care facilities and hospitals – infrastructure, equipment, medicines, and skills of health workers – in the most disadvantaged areas we are helping to improve access to quality health care for the most vulnerable women and children.

Given the inextricable link between mothers, newborns and children, and consistent with the recommendations of the 2005 Lancet Neonatal Survival Series, UNICEF Tajikistan aims to promote integrated maternal, newborn and child care through creating synergies between newborn-specific interventions, maternal and child services including the promotion of appropriation maternal, infant and young child feeding practices at the hospital, primary health care, primary and secondary school, and community levels.

UNICEF is providing technical assistance to the relevant ministries on policy review and development of appropriate national strategies that will further advance access to quality health services and reduce child mortality.

UNICEF is working with the Government and non-governmental partners to improve infant and young child malnutrition and tackle Tajikistan’s nutrition concerns by promoting a multi-sectoral approach to enable a holistic approach and the scaing -up of interventions that link with health; agriculture; education; water, sanitation and hygiene; the environment; social protection; and the economy.

UNICEF is also helping to increase awareness and create demand for immunization and perinatal/child health services among vulnerable groups who are not currently accessing the services. 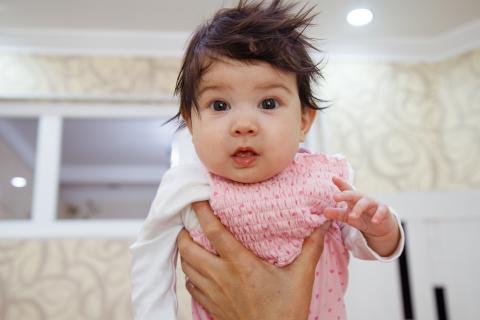 Immunization is one of the world’s most cost-effective public health interventions, saving millions of lives and protecting countless children from illness 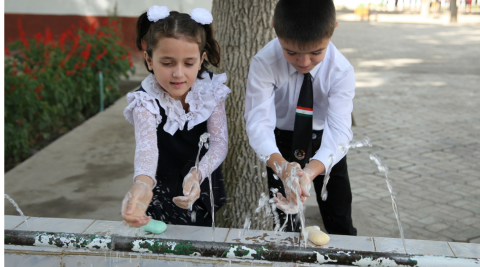 WASH is essential for the development of the children

Clean water, basic toilets and good hygiene practices are essential for the survival and development of every child 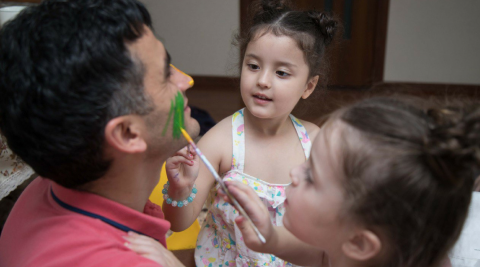