In 2012, the UN General Assembly designated February 6th as the International Day of Zero Tolerance for Female Genital Mutilation/Cutting (FGM/C), with the aim to amplify and direct the efforts on the elimination of this practice. Eliminating FGM is a critical step towards realizing other Sustainable Development Goals, which focus on gender equality, good health and well-being, safe motherhood, quality education, inclusive societies, and economic growth.

Q: Can you give us a little information about FGM/C?

A: Sudan is considered one of the countries where FGM/C prevalence rate is very high. According to the Multiple Indicator Cluster Surveys (MICS) 2014, the FGM/C rate is 86.6 per cent. Sudan is one of the countries that is part of tier 1 globally. This has attracted much attention both at the regional and global levels.

UNICEF Is working very closely with the government to combat FGM/C and Child Marriage. Since 2008, the government developed the ‘Saleema Initiative’ which is a social marketing campaign that focuses on positive messaging, and this is very much in line with the national FGM/C strategy which was developed in 2008 for abandoning FGM/C. The 10-year strategy ended in 2018, and we are currently in the process of developing another strategy together with the relevant ministries and key partners to develop another process to abandon FGM/C.

Q: There are currently no laws nationally that criminalize FGM/C, can you tell us a little bit about efforts to create a law?

A: What’s happening right now is actually very positive and very promising. Many changes have taken place since this new government came to power. We have been following closely in terms of the several committees that have been established by the newly-appointed Minister of Justice.  Three months ago, there was a 7-member committee—one female included two judges and five lawyers —and they were requested to review the Criminal Law. In that process, they were so much in favour of having the FGM/C Law Article 141 to be part of the Criminal Law.

This amendment or review has recently been endorsed with other laws by the Ministerial Cabinet. A few days ago, it was announced publicly that it has been approved. We are very grateful that 14-years of hard work and struggle, the FGM/C law will be publicly announced and of course this is not the end.

Abandonment is not only about the legal reform, or about legalization or criminalization. It will be very challenging, we need to collaborate, and identify who are the enablers and work very hard with the communities to make them demand this law. The intention is not to criminalize parents, and we need to exert more efforts to advocate and raise awareness among the different groups, including midwives, health providers, parents, youth about the new law and promote acceptance of it.

We hope by mid-2020 the MICS results come out and we can see to what extent these laws have been effective and really protecting children from such violations.

Q: There seems to be for the first time, a big coming together by all media, partners and activists to raise awareness and shine the spotlight on the need to become active and stop FGM/C. Can you tell us more about the FGM/C day?

A: In 2012, the UN General Assembly designated February 6th as the International Day of Zero Tolerance for Female Genital Mutilation, with the aim to amplify and direct the efforts on the elimination of this practice. Since then, the day is marked across the world where you can see the collaboration between the different groups. Regardless of the political situation, this has been a day where you can see the different forums, different discussions at schools, by youth at universities and with civil society organizations and interviews taking place.

It’s always been celebrated in Sudan, but this year will be different because we will see the accumulation of over 10 years of work to abandon FGM/C result in having a law to criminalize it. I think today is a very special day, it’s also under the Prime Minister himself, and the Minister of Social Affairs and Development. It’s become a very engaging process with the Government of Sudan National Council for Child Welfare (NCCW), Ministry of Health, universities, women’s groups. We all came together during the past almost three weeks where we agreed on different themes, activities, and hashtags.

We have different activities at the state level as well. There’s an activity in El Gezeira state, in White Nile, North Kordofan, North Darfur, and Blue Nile; so the states are very much engaged.

The very interesting part is that we work in collaboration with the Ministry of Education to develop a statement that will be read by children at the morning assembly across all primary schools in Sudan.

Q: What about child marriage, are there efforts to abolish that too?

A: Child marriage is one of the more challenging issues. If I look at the prevalence rate in Sudan, it’s 38 per cent according to the MICS 2014. In some recent surveys, regarding a different age group, there were even more alarming numbers. I must say that the figure is a bit high. It's over 60 per cent among families with children under five. So, we’re really looking forward to the results and the findings of the MICS later this year. There are a lot of issues that we should address. We have to look at poverty, migration, displacement, conflict, movement among nomads-all drivers behind child marriage. We need to start to think of having a consultative type of intervention.

We need to look at the imbalances in power relations, gender norms, and the aspect of the socialization process and examine why child marriage is increasing in certain areas.

It needs a lot of collaborative efforts and a high commitment by the government. We hope the next few months will see the endorsement of the national strategy for child marriage and the approval of the Family Law. And once the Family Law is endorsed we will be happy to see the minimum age set for a girl child to be married. All this is still pending, and we remain hopeful.

There is also currently a process taking place to develop a National Action Plan for Child Marriage. Hopefully, this will be announced soon. There had been a promise by the minister that she will endorse both the Plan and the Strategy.

Child marriage is especially high amongst nomads and people on the move. They see it as a protection measure. The interesting thing is that it’s not just girls but also boys are pressured to marry very young.  This is happening in East Darfur, South Darfur, North Darfur and the East. Wherever there are nomads or pastoralists there is this intention to marry not just the girls but also the boys.

Q: What is your final message to all the listeners on this day?

A: Every girl has the right to decide about her body.

Girls should be given the consensus and the right to say no. Every girl should be given the right to continue her education. Girls need to be empowered. I would hope that all parents, mothers, fathers, teachers to understand that no one has the right over any one’s body. They need to provide the space and to protect our girls from such violations. FGM/C is considered a violation, gender-based violence, and a negative social norm. We need to collectively work together to abandon it.

FGM violates several human rights of women and girls. Since FGM/C involves the removal of healthy sexual organs without medical necessity and is usually performed on adolescents and girls, often with harmful physical and psychological consequences, it violates the rights to non-discrimination, health, and bodily integrity. Although FGM is not undertaken with the intention of inflicting harm, its damaging physical, sexual, and psychological effects make it an act of violence against women and children.

The joint programme is generously supported by the governments of Finland, Germany, Iceland, Italy, Luxembourg, Norway, Sweden and the United Kingdom, as well as the European Union.

The interview has been edited for length and clarity 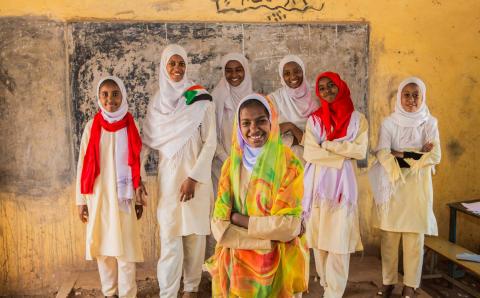 The Saleema initiative supports the protection of girls from female genital mutilation and genital cutting. 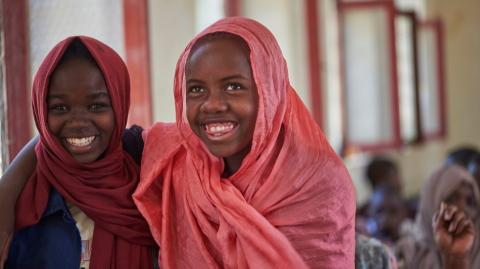 FGM is a human rights issue that affects girls and women worldwide. Its elimination is a global concern 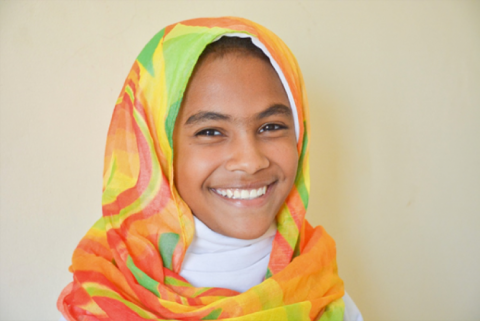 A young girl's vision for a Sudan free of FGM 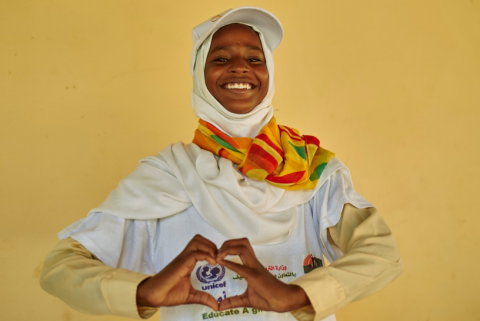 Ending the practice of FGM one community at a time