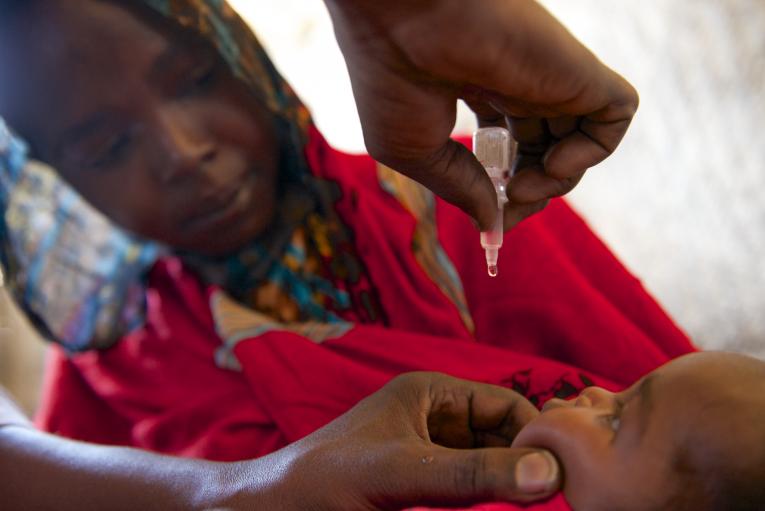 KHARTOUM 08 September 2020 – Children in Sudan have been confirmed to have contracted circulating vaccine-derived poliovirus type 2 (cVDPV2). This strain of poliovirus is a result of low immunity and under-immunization of communities, rather than a problem with the vaccine.

In August 2020 the Africa Regional Certification Commission certified the World Health Organization (WHO) African Region as wild polio-free after four years without a case. With this historic milestone, five of the six WHO regions – representing over 90% of the world’s population – are now free of wild poliovirus, moving the world closer to achieving global polio eradication. Sudan’s last reported wild poliovirus case was in March 2009 and the country was announced polio-free in 2015 by WHO. Yet it has been considered at high risk for importation of polioviruses for several years due to a decline in population immunity resulting from insecurity and conflict in certain areas.

The detection of cVDPV2 - a different virus strain to wild virus - in Sudan does not threaten these important milestones.

UNICEF and WHO are working together with FMOH and partners to support the government’s response to the outbreak to ensure every child under five years of age is vaccinated with oral polio vaccine. At least two rounds of vaccination are planned in order to offer children the best protection. Vaccinators will aim to provide polio drops to 8.6 million children under age five in all 18 states of Sudan in October, and again in November.

The re-emergence of polio in Sudan is a public health emergency: the presence of just one infected child places children across the country and even beyond Sudan’s borders at incredible risk. The vaccine-derived poliovirus type 2 (cVDPV2) detected in Sudan is genetically linked to an outbreak in neighbouring Chad, indicating cross-border spread. The two countries are working together to synchronize activities to close the outbreaks.

“Sudan remains at high risk of further virus spread because of large numbers of people moving throughout the country. There are large numbers of internally displaced persons moving from areas of conflict in a number of states, in addition to frequent movement between neighbouring countries. The polio programme has also worked to map nomadic populations, who are also considered at risk, to ensure that they can be reached with the vaccine during the campaign,” said Dr Ni’ma Saeed Abid, WHO Representative in Sudan.

“WHO highlights the importance of working proactively to protect all Sudanese against vaccine-preventable diseases through strengthening routine immunization and regular vaccination campaigns to ensure high population immunity,” he said.

“Polio vaccination is a genuine right of each and every child, we will work together with government and partners to join hands to ensure girls and boys are reached and protected wherever they are,” said Abdullah Fadil, UNICEF representative in Sudan.

“Polio is a highly infectious disease that mainly affects young children, we urge parents to complete their children’s vaccination schedules as recommended,” he said. “Partnering with communities and securing their participation in immunization is of paramount importance and key for success to eradicate polio, they should be actively engaged and kept informed to ensure sustainable achievement and that no child is missed,” he adds.

All children who are not fully vaccinated are vulnerable to polio. Children who live in remote areas or in conflict-affected communities in Sudan do not always have access to routine vaccination. In these marginalized and underserved communities, already lacking basic resources like water and basic health care, children are often reached only through targeted polio vaccination campaigns and through periodic mobile immunization services. This outbreak underlines the importance of strong routine immunization systems, in addition to supplementary vaccination activities, to protect children from vaccine-preventable diseases. Every child should be vaccinated.

Link to the Disease Outbreak Notification for cVDPV2 in Sudan. 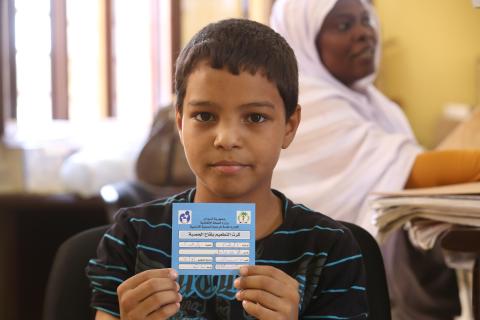 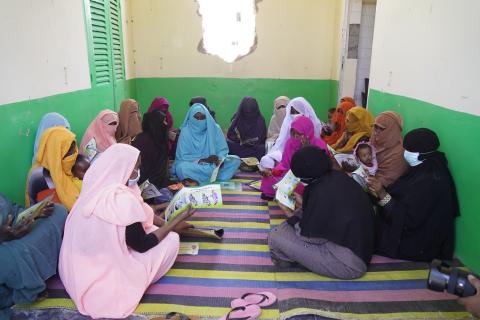 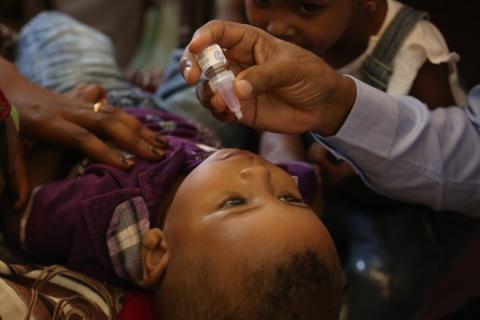 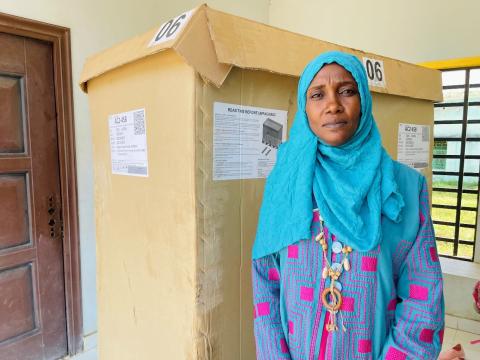