In South Sudan, registering a birth, providing an identity

A new pilot program helps provide children in the world’s youngest country with the documents they need to prove their nationality.

One-day-old Aloch Valentino suckles at her mother’s breast, disinterested in the commotion going on around her.

The tiny South Sudanese girl is surrounded by health workers and data clerks as her name and birthdate are entered in a large, dog-eared book. The entry will be used to generate a document that the infant will hopefully keep for her entire life: a birth notification.

No legislation was in place to record births or issue birth certificates when South Sudan gained its independence in 2011. And with the country gripped by civil war since 2013, the vast majority of births – some 65% percent – still go undocumented.

To address this shortcoming, UNICEF launched a pilot program to assist the country’s Ministry of Health to register births. More than 100,000 newborns have now been registered in two of South Sudan’s 10 states. Mothers who give birth in hospitals and clinics are asked to fill out a form with relevant information, and in return are given a notification document. Because 88 percent of the country’s babies are born at home, midwives who assist at the births are also assisting the initiative.

“The parents can take this document to the immigration office to process nationality, to get passports, to register for school, and even to do things like proving ownership of plots of land,” said Health Ministry statistics clerk Albino Buli. He said registering births also gives administrators crucial data on the number of children being born, so they can, in turn, make plans on when and where to establish infrastructure such as schools, roads and hospitals.

Children under the age of 5 have been entered into a computer database as well as being given the notification documents. Children over 5, who had never been registered, also were given the new documents. They previously were recorded on a paper-based system. UNICEF has supplied computers and printers for the program, as well as basic office supplies including paper to print the notifications and ink for official stamps.

Before South Sudan split from its northern neighbor, Sudan, the then-national government, based in distant Khartoum, recorded some of the south’s births. However, records are now largely inaccessible to southerners who typically don’t have the means to travel north and apply for documents. Many South Sudanese who’ve attempted to do say they experienced great difficulty.

If federal laws are passed by the parliament to establish a formal birth registration system, parents will be able to exchange the notification documents for actual birth certificates. By then, the government and UNICEF anticipate that the current pilot program will have established most of the assets and processes required to record births in all 10 of the nation’s states, both in towns and remote villages.

UNICEF child protection officer Richard Silas said if and when the bill is passed, the current notification documents will still be issued by health workers to parents who will need them when applying for a birth certificate from the government.

Silas said it was more difficult to issue notifications in remote areas where most people were unaware of the registration program or the importance of having identification documents. “As part of the pilot program, we have community volunteers working at the grassroots level, building awareness about the importance of birth registration, who go with a log book on which they register the children,” he said.

Funding for the birth notification initiative has been generously provided by the Government of Canada. 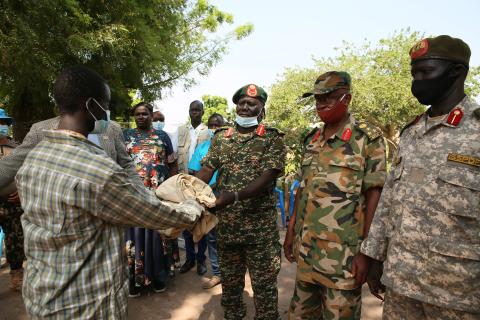 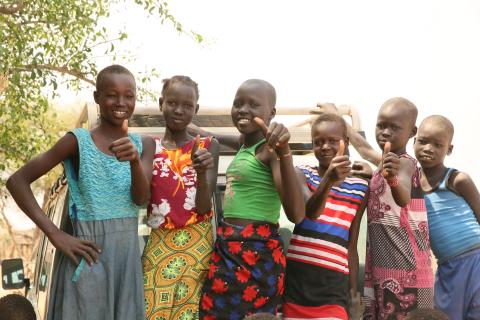 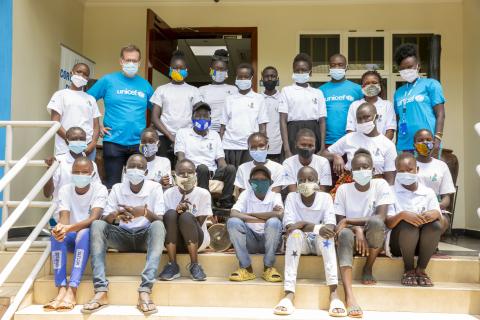