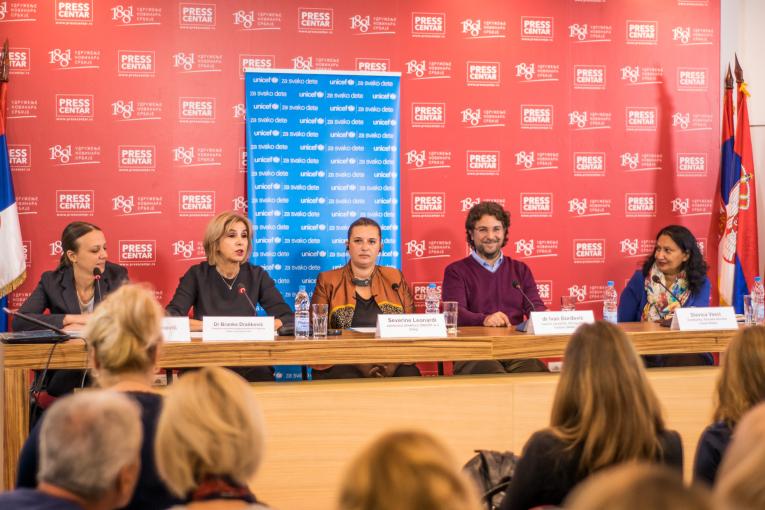 Belgrade, 11 October 2017 – Girls younger than 18 are part of a large and vibrant generation poised to take on the future. Investing in their health, safety and education empowers them to reach for their dreams and fulfil their potential. It allows them to build better lives.

And yet, as we mark the International Day of the Girl, there is still a large number of girls worldwide, and in Serbia, who are denied their human rights. Marriage before the age of 18 is a serious human rights violation affecting children's and women's rights to health, education, equality, and the right to live a life free from violence.

Accepted cultural, religious and social practices based on stereotypes of sexuality and the role of women in society, poverty, and inadequate institutional responses, including inefficient enforcement of existing laws, represent some of the main factors which contribute to the prevalence of child marriage. Child marriage is more present in rural areas and the poorest communities, and it is often seen as a means for increasing the economic security of girls who do not have their own access to resources.

UNICEF’s 2014 Multiple Indictor Cluster Survey (MICS) shows that in Serbia, Roma girls are at a clear disadvantage when it comes to child marriage compared to girls in the general population:

Nearly 1 in 5 girls and women from Roma settlements are married before the age of 15.

Child marriage affects not only girls, but also has severe consequences for society as a whole - loss in earnings and productivity, increased health care costs due to poor maternal and child health, and higher costs for social benefits due to the inter-generational cycle of poverty.

The Gender Coordination Body of the Republic of Serbia and UNICEF call on governmental and civil society organisations, families, communities, and private sector partners to take crucial steps toward helping society break down the barriers holding girls back from reaching their full potential.

There is a need for increased investments and ensuring that programmes, policies and services effectively respond to the specific needs of girls.

If we are to achieve the Sustainable Development Goals by 2030 and uphold the human rights of girls and women, we must act now to end child marriage.