Turning dreams into reality: How lives are being changed for the better in Burera District

UNICEF is working to improve the livelihoods and wellbeing of households via Modelling of the Nutrition-Sensitive Social Protection Interventions (MNSSPI) project in Burera and 3 other districts in Rwanda, to telling results.

Sylvestre Korerurwanda stands tall as he surveys his vegetable garden, which is flourishing with carrots, tomatoes, and other vegetables. Not too far from his garden, a stable full of livestock is bustling with activity, the constant mooing of cows and bleating the goats completing the picture of a household that is thriving.

His children are all enrolled in school. He’s an active member of his Village Savings and Lending Associations (VSLA) and recently received a small loan of Rwf 80,000 (equivalent of roughly 80 dollars), which he used to refurbish his parts of home.  While initially doubtful that the VSLA was something he could participate in, he eventually warmed up to the idea and fully embraced the concept of saving – something he himself admits would never have even thought to engage in.

Sylvestre is a happy man, buoyed by his belief in a better and brighter future for himself and for his family.

But this wasn’t always the case.

Before coming in contact with proximity advisors – a community work-force used to mobilise communities to join VSLA's –Sylvestre was a frequent visitor at the local pub, spending whatever little money he had made doing menial jobs on alcohol – in the belief that this is what ‘real’ men do. His children were malnourished, and his home was falling apart. Sylvestre had a small plot of land next to his ramshackle house but had no idea what to do with it.

All of that changed when the proximity advisors approached him and started advising him and his wife on smart-spending techniques, fostering a culture of spending on household priority needs including savings rather than unplanned spending, and the importance of having a well-balanced diet for the family, among other pieces of advice.

Despite being initially skeptical, Sylvestre acquiesced and turned over a new leaf, and the results of this mindset shift smoothly followed.

Sylvestre’s turnaround is just one story that highlights a transformation that is slowly but steadily happening in Burera District, a cold, extremely hilly region in Northern Rwanda, where UNICEF is implementing the Modelling Nutrition-Sensitive Social Protection Interventions (MNSSPI) project with a partner and generous funding of the Embassy of the Kingdom of the Netherlands.

According to the latest Integrated Household Living Conditions Survey in Rwanda, children under five experience multiple dimensions of poverty, with more than half experiencing deprivations in their nutrition, health, or access to water or sanitation.

To combat this, UNICEF is modelling the MNSSPI project in close collaboration with the Government of Rwanda through the Local Administrative Development Agency (LODA) and the National Children’s Development Agency. MNSSPI promotes stronger synergies between nutrition, health, Early Childhood and Development (ECD), Water, Sanitation and Hygiene (WASH) and Social Protection services to address the bottlenecks of integrated nutrition-specific and-sensitive programming at the community level, particularly for the most vulnerable households.

In layman’s terms, the hope is that the MNSSPI project will, over the long haul, improve the livelihoods, resilience, and nutrition of residents of the four pilot districts, and catalyze significant poverty reduction in the process.

Many beneficiaries, mostly women, have also acknowledged that the project has contributed to boost their self-confidence especially due to being economically empowered.

Mathias Bangamwabo is an 85-year-old man with the boundless energy and enthusiasm of a person half his age. Mathias, who has 11 children under his care, has benefitted immensely from the project, being the focus of attention of no less than 5 different proximity advisors in his village, each one of them advising and counseling him on ways to improve his and his family’s nutrition, socio-economic status, sanitation and hygiene status, among other aspects of social protection.

The first to approach Mathias was a para-social worker, a young lady who goes by the name of Aimée Berger Niyitangigihe, who is typically the first point of contact with the community members. Her job is to analyze the unique situation of that particular family, and then put the head of household in touch with the relevant ‘social service provider’ such as a community health worker, an ‘IZU’ – Inshuti z’Umuryango or Friend of the Family – or a  farmer promoter, in order for him to maximize his small-scale farming.

Despite his advanced age, Mathias took the counselling he received to heart, and is now the proud owner of livestock including cows and goats, has considerably expanded his agricultural interests – from a small piece of land he would till every now and then to a vast garden of carrots, beans and other vegetables.

But his pride and joy is a small, artificially constructed pond in which he has started a small fishing project – something he was emboldened to take on by the farmer promoter in his community, Nteziryayo Jean Bosco.

“This fishing project is something I recently started, and I do not expect immediate dividends from this, it will take a few years before I really start to see results. But it is something I am passionate about” Mathias says.

Sylvestre Korerurwanda and Mathias Bangamwabo are at very different stages of their lives but share a common characteristic: both have an improved outlook towards their lives and those of their families.

UNICEF is working with the Government of Rwanda to scale up the MNSSPI project interventions to other districts in the country, to enable the same kind of optimism and hope for a better, brighter future for even more Rwandans like Sylvestre and Mathias.

Community Health Worker (CHW): CHWs are a workforce that provides services such as maternal check-ins and age-appropriate health assessments. These workers are globally recognized as a key driver of Rwanda’s early achievement of Millennium Development Goals.

Inshuti z’Umuryango, more commonly referred to as ‘IZU’ – or Friend of the Family: Community-based child and family protection volunteers, with two placed in every village in Rwanda.

Farmer promoter: A volunteer who is selected from her/his village and to serves as a guide to her/his fellow residents and advises them on farming best practices and embracing modern farming methods. 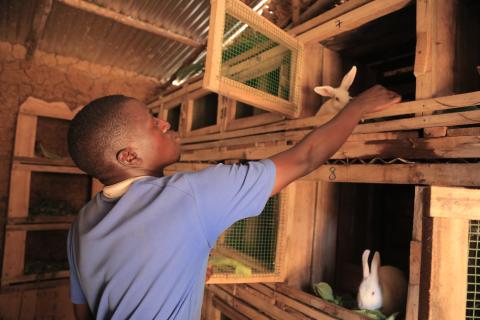 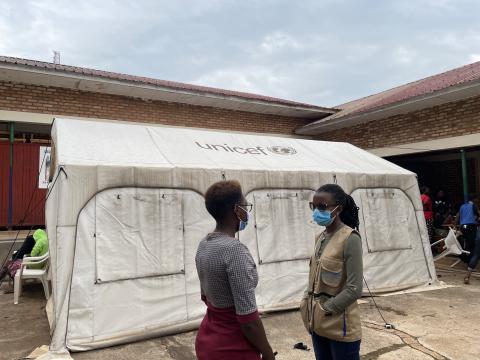 The power of sharing stories 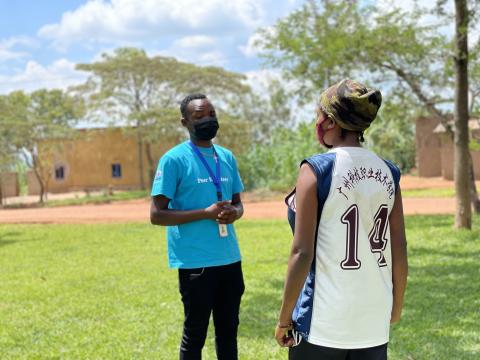 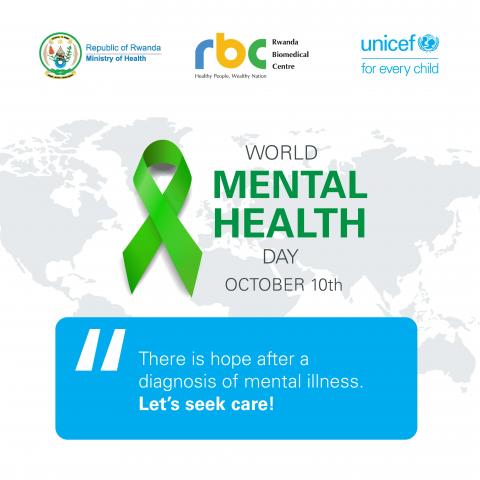