Connecting all young people in Rwanda to education, training or employment by 2030

KIGALI, Rwanda – In a special livestream event with Rwanda Broadcasting Agency, young people and the media joined the Government of Rwanda and UNICEF to launch the “Generation Unlimited” initiative.

The Generation Unlimited initiative – or “GenU” – aims to ensure that all young people between the ages of 10 and 24 are in school, training or employed by 2030. GenU is especially important in Rwanda, where young people under 25 make up 60 per cent of the population.

In the spirit of “nothing for us, without us,” the launch was highlighted by a vibrant panel discussion moderated by 19-year old anchor Martina Abera and joined by young entrepreneurs, student leaders and a tech start-up CEO to boot.

The event was also attended by the Minister of Youth and Culture Rosemary Mbabazi alongside the UNICEF Regional Director for Eastern and Southern Africa Mohamed Fall, however they willingly took a back seat and let the youthful panelists take center stage and discuss the issues they are facing today, and what GenU brings to the table, to not only help solve these issues but also unlock opportunities for growth and prosperity.

For Martina, despite being a burgeoning TV personality in Rwanda, she was admittedly nervous to be hosting such a high-level event on national television, which was viewed by more than 1000 viewers on the livestream feed and the #GenUnlimitedRW quickly climbing into the top 3 of the trending list for Rwanda.

“I was a bit nervous, but I was also confident that the show will go well because we prepared meticulously," said Martina.

"This was a tremendous opportunity for myself and my fellow youth panelists, and I feel we made the most of it."

The launch of Generation Unlimited was ‘for youth, and by youth’: Martina was joined by Arlette Akingeneye, a mental health advocate, Boris Karenzi, a student leader at Kagarama Secondary School, Innocent Iradukunda who is an instructor at IPRC Kicukiro and former student leader at the leading technical and vocational centre, and Origene Igiraneza, CEO of O’Genius Priority, which operates an ed-tech platform known as O’Genius Panda.

The average age of the panelists was 23 years old.

They tackled complex and wide-ranging issues facing the youth in Rwanda today such as the importance of providing young people with mental health services and support, the opportunities that lie in digital literacy for young Rwandans and how the youth today are getting involved as leaders and driving  change in their communities.

The show also featured performance interludes by young artists from the ArtRwanda Ubuhanzi program, which is a dedicated accelerator for the nurturing of young artists in Rwanda.

In a pre-recorded video message, the Executive Director of UNICEF Ms. Henrietta Fore congratulated the government and people of Rwanda for taking an important step to support young people by launching Generation Unlimited Rwanda.

“Such a huge milestone for Rwanda’s youth! Today the Ministry of Youth and Culture, UNICEF and partners launched Generation Unlimited, catalyzing initiatives to help young people gain better access to the education, training and jobs they need to succeed in the global marketplace” she later tweeted out.

Speaking during the launch, the UNICEF Regional Director for East and Southern Africa Mr. Mohamed Fall noted that the youth have an unprecedented opportunity to be the source of solutions to the challenges they face by using the digital tools available to them.

"Youth today need to be part of the solution for challenges they have, and one opportunity they have is to use digital platforms."

The Minister for Youth and Culture, Rosemary Mbabazi made a passionate and heartfelt call to the youth of Rwanda while addressing the youth panelists and viewers from across the country keenly following via livestream.

“Make sure that you bring solutions that are needed and implement them. Use your passion and do everything with your heart. The government of Rwanda and partners are here to support you. You are able and we believe in you,” she said during the live talk show.

Rwanda’s virtual GenU launch also featured a Steering Committee meeting held earlier in the day and chaired by the Minister of Youth and Culture, including more than 20 partners from government, UN and civil society.

During the meeting, UNICEF presented the GenU landscape analysis, which identifies specific challenges, gaps and opportunities for Rwanda’s youth, and partners agreed on next steps, including co-creation of a GenU action plan. 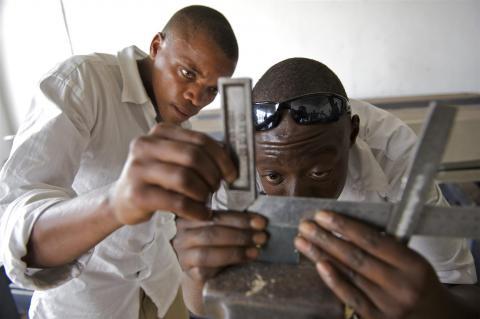 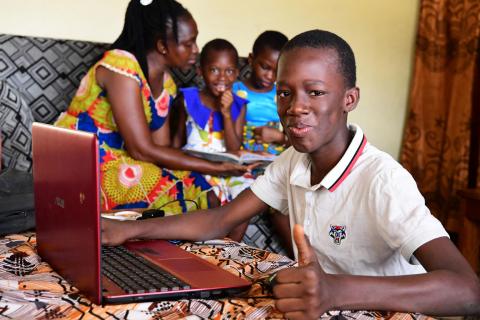 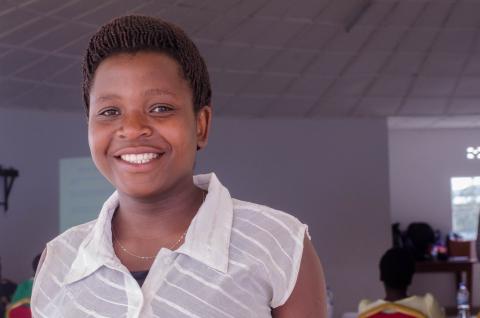 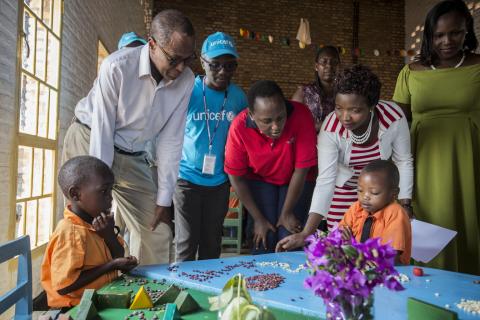 While in Rwanda to attend the YouthConnekt Summit, the Deputy Executive Director took time to visit UNICEF programmes in ECD and education.