Too Young to Marry

NIKŠIĆ, 1 OCTOBER 2018 – Nadira is a cheerful and brave 18-year-old. However, her life story warns and instructs girls to get educated and not to marry too early.
After her 16th birthday, the parents of her future husband came to her house, showing her a photograph of their son and assuring her that they would have a harmonious marriage and life in abundance.

They showed me one boy in the photograph, whom I liked, he was 18 years old, but the boy they showed me was actually my intended husband’s brother. When I went to their house, the real husband came from Germany after three months. When I saw him, they told me this is your husband, we were lying. Although I was angry, I could not leave as I became pregnant quickly.

Because of her pregnancy, she remained married to the man she had first set eyes on three months after moving into his parents’ house.

“It was a forced marriage, I did not like him at all since he was older, he could have been my father,” Nadira points out.
On top of the failed expectations of a better life, this love-less marriage was inflicting new blows on Nadira, this time physical ones.
“I was pregnant, so he was afraid that I would abort the child and he did not dare hit me in the stomach, so he hit me in the legs with a stick, a thick stick,” Nadira recalls.
A year ago, she decided to leave her husband after everything, returning with her one-year-old son to her parents.
“My ex-husband calls me, swears at me, threatens me over the phone. He tells me he will hire a lawyer again and take the child away from me, but I will not let him. I cannot give him my child”.

Despite the difficult life challenges, Nadira’s eyes light up when she talks about her son, and all her plans for the future are connected to him.
“I would like to obtain documents for me and my son. To go to Germany to work and to provide some basics for my son, so that he has something in life when I get back,” Nadira says.
In the meantime, Nadira has attended workshops on human rights, organised by the Red Cross with the support of UNICEF in the seven Montenegrin municipalities where the largest populations of Roma and Egyptians live. If she had a daughter, she says, she would inform her of her own life story as a warning and a lesson.

My advice to my daughter would be to not get married early, to not suffer as I have and as I am still suffering now, but to go to school instead, to finish school, and to enjoy herself – nothing else.

Based on the results of a 2013 UNICEF survey, Nadira is typical of the one in every three members of the Roma or Egyptian community in Montenegro aged 15 to 19, who lives in a marriage or informal marriage.
The consequences of child marriage can be far-reaching and long-lasting: school drop-out; health risks arising from early sexual activity and pregnancy, including sexually transmitted diseases and maternal mortality; the inability to make use of different economic opportunities; child malnutrition and child mortality.
In order to eradicate this phenomenon, in addition to the application of legal sanctions, it is crucial that all children, including girls and boys equally, have the chance to be educated and employed, as well as to fulfil their potentials. 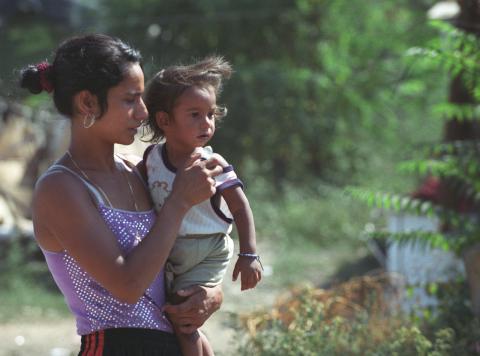 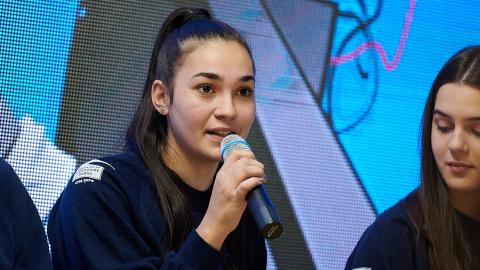