During the two-hour meeting, Pusic and the young reporters discussed the influence of media on children and young people, underlined the good and bad sides of the media, and agreed that media literacy was one of the key 21st-century life skills, which can help us use the media for our own good and for the general good.

The inspiring discussion between Pusic and the young reporters led to the creation of lyrics for the “Let’s Choose What We Watch” campaign theme song.

Pusic told the young people that it is very important to be careful when it comes to choosing the media content they are exposed to.

He believes that children must be patiently and continuously exposed to high-quality content, until they get bored of low-quality content. He shared his parental experiences, which, he claims, have proved to be beneficial.

“That is how I taught my children to eat dried mutton. After that, they would no longer eat processed salami, simply because it did not taste any good compared to the mutton. Likewise, if you let them listen to jazz or funk, or some other kind of high-quality music, they will not expose themselves to primitive music later on. When you put on a great movie on the TV, they will not be interested in those unscrupulous goings-on on reality shows, depicting terrible human degradation,” explains Pusic.

Seventeen-year-old Balsa Bozovic believes that it is very important that parents, together with the media, recognize their role in choosing the media content that children and young people are exposed to.

Sixteen-year-old Mila Mrakovic points out that parents should talk to their children about what they are watching and explain the reasons for prohibiting them from watching certain programmes.

I think a child will better accept a ban on watching a particular programme if they understand the reasons for such a prohibition. I believe that they are much more likely to listen to their parents in this way.

Being media-literate means that children and young people can understand the nature of content in the media and think about it. In addition, it also means they are capable of using a wide range of services offered by the media.

Everyone can contribute to creating quality media content that will present and highlight the differences that make us all special, instead of presenting stereotypical heroes, both male and female.

The media influences children’s moods, shaping their identity and influencing the way they spend their free time and how they process information. It is, therefore, essential that children learn about the role of the media from the early days of their childhood.

The aim of the “Let’s Choose What We Watch” campaign is to raise the awareness of citizens, especially parents, of the fact that the media itself is neither good nor bad, and that its influence depends on how we use it. Therefore, it is of vital importance to carefully select media content, critically analyse it together with our children, thus strengthening their media literacy. 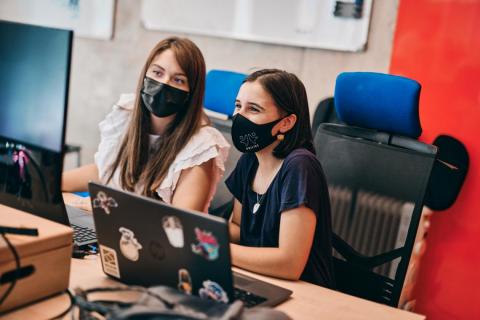 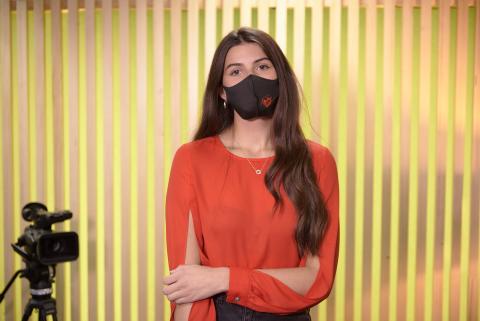 Thanks to the Prilike programme, Selma chose her profession 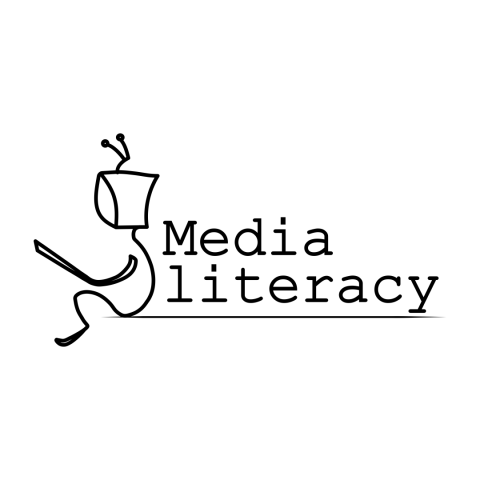 “Let’s Choose What We Watch” - Exhibition of children’s work 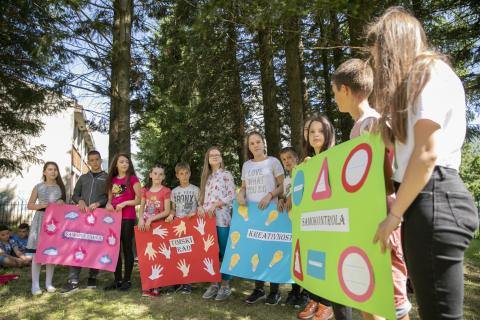 Socio-emotional skills for every child

Adolescents in Mojkovac, Berane and Kolasin develop their socio-emotional skills