The aim of the campaign is to promote the right of every child to live in a loving family environment. According to the Knowledge, attitudes and practices survey of Montenegro’s citizens towards fostering from December 2012, 58% of citizens believed that placing a child without parental care in an institution is a good solution for the child.

However, as emphasized by the UNICEF Montenegro Representative Benjamin Perks, “more than 50 years of research show that children placed in institutions in early childhood are at risk of psychological, emotional and physical developmental delays and this can only be recuperated by the care of a loving family environment.”

According to UNICEF data from 2010, 59 per cent of all children under three placed in Children’s home “Mladost” in Bijela came there directly after birth. Scientific research suggests that children under 3 should never be placed in institutions.

The awareness raising campaign “Every child needs a family” was conducted within the project "Social Welfare and Child Care System Reform – Enhancing Social Inclusion“, which was implemented by the Government of Montenegro with technical assistance from UNICEF and UNDP and with the financial support from the European Union.

Every child needs a family campaign News and Stories

Every child needs a family campaign Publications and Surveys 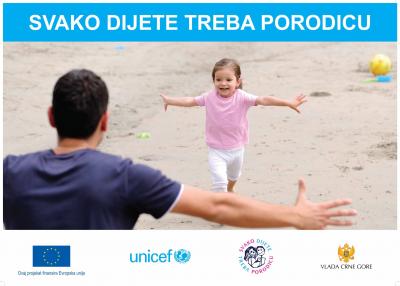 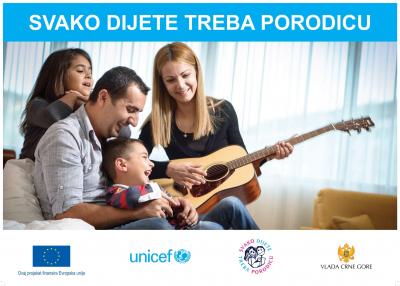 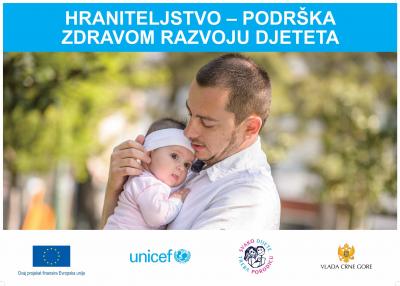 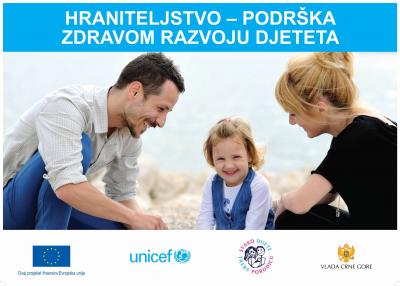