“Now, I do not cut my children”

Assan* and her mother are part of a generational change. Fifteen-year-old Assan and her elder sister were cut as infants but none of her younger sisters are, at their mothers' insistence. Not only that but, inspired by the knowledge and experience her mother set out to persuade her community to stop too.

Throughout her childhood Assan had health problems, hampering her ability to move and causing her severe pain. Her mother searched for answers, but no one seemed to have them: no health expert had any idea what was wrong. Until a film was shown in her neighborhood in Sikasso, southern Mali.

The film described the health consequences of cutting girls. The health risks associated with cutting are large and lasting. In Mali, the practice of FGM is generalized: 83 per cent of women and girls between 15 - 49 years old have undergone cutting.

The ways it is carried out can lead to complications, with 96 per cent of cutting being carried out by the traditional practitioners using basic blades and no anesthetic. Young girls can bleed to death, child birth is more dangerous due to hemorrhaging and cuts often remain prone to infections.

“After seeing the consequences, I have a real fear of cutting and now I do not cut my children”

The memory of the cutting alone can be damaging, and these issues of trust and pain are rarely, if ever, discussed.

It does not help that the subject is considered taboo, so those who are most affected do not discuss it or its physical or psychological consequences.

“Some said cutting was good, some said it was not good because there were too many consequences. Others said it was good but gave no reason”

Transforming the situation is challenging due to the fact that the practice is deeply rooted in cultural and social norms. Over 85 per cent of women and girls in Mali believe FGM should continue, but commonly stated reasons for doing so are based on the social consequences of not performing it, rather than a belief its benefits. A woman who is not cut is considered unclean and unhygienic. She would find it difficult to marry and be socially excluded. Many also believe it is a requirement of Islam.

Like others, Assan’s mother went to see the film out of curiosity and was shocked to discover that there could be severe health consequences to cutting. She returned to view the film several times, even walking to other areas of the city to see it, bringing her sister and friends.

“After seeing the consequences, I have real fear of cutting and now I do not cut my children.” As a result of the film, Assan was the last of her daughters to be cut. Realizing that cutting might be the reason for her child’s health problems, she went to the Regional Direction for the Promotion of Women, Children and the Family, who, understanding the reasons, were finally able to refer Assan to the medical services she needed.

It was not just the cutting that Assan’s mother stopped. Using the information that she had learnt from the film, she was able to persuade her husband, against the advice of his peers, to stop Assan’s proposed early marriage.

The film is part of UNICEF’s mobile cinema initiatives, where educational films are screened directly in communities across Mali, supporting an information-sharing process on the negative effects of cutting and early marriage. Sometimes, it can be the first time parents and community leaders have heard of any negative consequences of cutting or early marriage. Like many viewers in Mali, Assan’s mother enjoyed the way the film showed her the consequences of cutting and the health risks a girl runs when she is married and gets pregnant at a young age. The situations shown in the film reminded her of health issues with other family members and she started telling others what she had learnt.

But it has not been easy for Assan's mother. Many people tried to convince her and her husband to continue cutting her children and to marry their daughters early. People told her husband not to listen to her. Because it shows true situations and presents evidence, Assan considers it vital that more people see the film and others like it.

UNICEF’s decades-long work with the government and civil society to ensure girls in Mali benefit from their right to health, education, well-being and the ability to develop their full potential is now being strengthened through the Spotlight Initiative. Initiated by the European Union and the United Nations, Spotlight Initiative is a multi-country initiative that seeks to eliminate violence against women and girls by changing not just laws and institutions, but also social norms and beliefs leading to harmful practices by working with community and women’s movements, and improving services and data. The initiative will increase access to vital information on the consequences of early marriage and cutting through films, animators, and adolescent engagement. In Mali, Spotlight Initiative is being implemented by UNICEF, UNFPA, UN Women, UNHCR, and UNDP.

“My generation think cutting and early marriage are wrong”

Assan herself finds it too hard to remember the pain and humiliation of her early health problems. She does want to get married, but only once she has finished school and set up her own business. She is confident perceptions and attitudes are changing and that more and more girls will be protected against FGM and early marriage going forward. "I cannot speak for the older generation,” she explains, “but my generation think cutting and early marriage are wrong.”

In Assan's family, the line has already been drawn. She is the last of her siblings to have been cut and the last girl to have an early marriage suggested to her. Even if she cannot speak for the older generation, she is taking up a new role leading the younger generation. 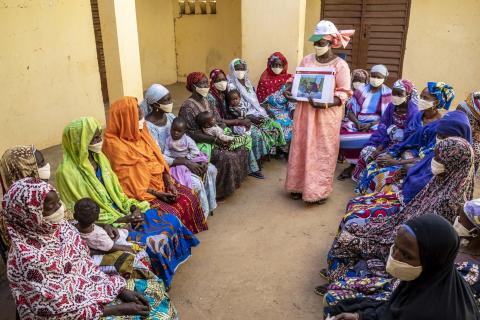 “The task is arduous, but this is not the time to give up.”

Djaliba, is mobilizing young male and female and discussing harmful consequences of MGF to engage them before they become adults and begin to take decisions 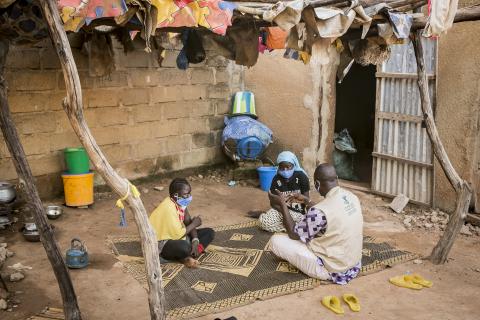 A place to heal

After fleeing the violence in the centre of the country, children are recovering from their psychological traumas in foster families. 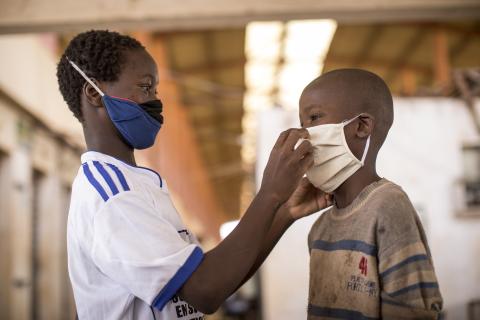 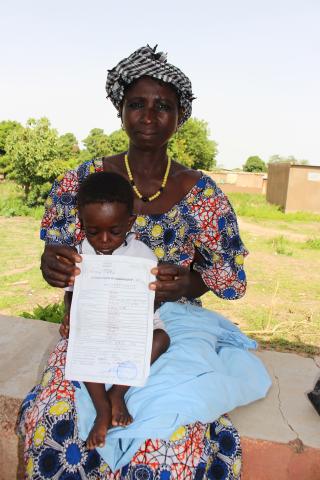