Giving children a chance to learn is one of the most urgent priorities in Liberia.

It is a struggle to get a good education in Liberia. The long-lasting effects of a 14-year civil war, compounded by the 2014 school closure due to the Ebola outbreak, had a huge impact on the education system.

Only a few schools remained open during the conflict, mainly in urban areas, leaving thousands of children out of school. The conflict also destroyed or damaged close to 60 per cent of school buildings, including water and sanitaiton facilities which are key to keeping children, especially girls, in school. Teachers fled the country or took up other forms of employment.

Since the end of the conflict, significant progress has taken place in the education sector. In 2015, close to 1.4 million children were registered in pre-primary, primary and high school. In addition, the Ministry of Education, UNICEF and other partners teamed up and continue to repair or build new classrooms, train teachers, revise curricula and develop policies and plans for the education sector.

Yet, Liberia is significantly behind most other African countries in nearly all education statistics.

It has one of the world's highest levels of out-school children, with an estimated 15 to 20 per cent of 6–14 year-olds who are not in class. Just over a third of pre-schoolers have access to early childhood learning programmes and only 54 per cent of children complete primary education.

For those children who are enrolled in primary and secondary school, many are overage. In fact, the vast majority of Liberia’s students are older than the appropriate age for their grade and are therefore at high risk of dropping out. At present, overage enrollment is a consequence of late entry into grade one and lack of enforcement of the age appropriate enrolment policy.

The lack of untrained teachers is yet another ripple effect from the civil war. Quality learning cannot take place in Liberian schools where 36 per cent of primary teachers and 29 per cent of secondary instructors are unqualified.

I know that, finally, I can achieve my dream of becoming a doctor because of the support I have to continue my studies.

UNICEF support to the solution

Providing children with quality education is fundamental to Liberia’s progress and prosperity. It is also a key priority for UNICEF and to the realization of children's right to education.

We are working with the govenrment to enforce existing education polices, plans and strategies, collect real-time data to improve education programming and provide educational support to the most disadvantaged children

We help to create demand for education services by meeting with communities and using community radio to build awareness of ECD, age appropriate school enrolment and girls’ education.

Explore our other programmes in Liberia 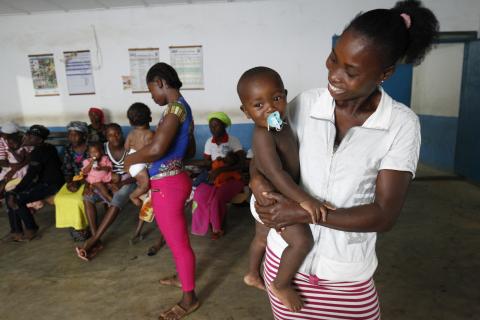 Child, maternal and newborn health
More children are surviving their childhood in Liberia than ever before but efforts to save lives have to be accelerated.
Explore our work 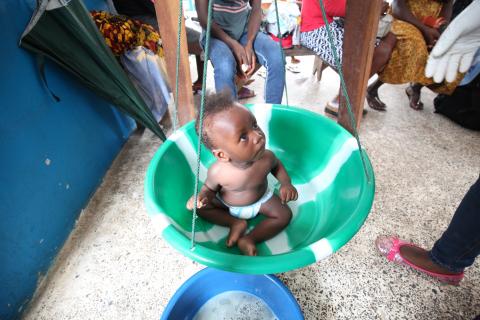 Combating malnutrition
Malnutrition – the silent killer of Liberia’s potential – can be reversed with the right interventions.
Explore our work 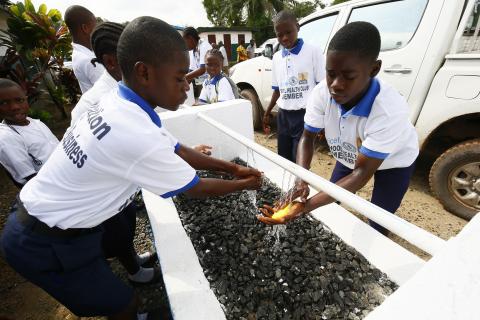 Water, sanitation and hygiene
Liberia is blessed with water resources but more has to be done to protect children from diseases and keep them in school.
Explore our work 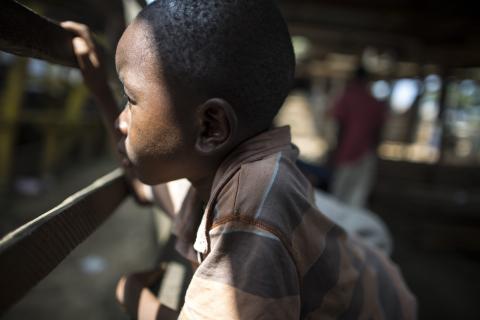 Child protection
Making Liberia a safe and inclusive place for children and young people is possible.
Explore our work