It takes a village – Hygiene promotion in southern Laos

It takes a village – Hygiene promotion in southern Laos

Access to water sanitation and hygiene (WASH) has improved in the past few years in Laos with three-quarters of the population able to access improved sanitation. But according to the Lao Social Indicator Survey (LSIS II) this also means one in four people still do not have a toilet at home or in the community and thus practice open defecation. Savannakhet has the worst rates of deprivation in accessing water and hygiene of all provinces. One half to nearly all children have no access to safe water or are exposed to inadequate sanitation and housing conditions. To improve access to sanitation, UNICEF Australia and MMG are supporting a comprehensive WASH package of interventions in 14 villages and schools in Vilabouly district, Savannakhet.

The UNICEF WASH programme works with partners to support the development and implementation of WASH and climate change resilience policies, including the national strategy on rural water, sanitation and hygiene. UNICEF, with funding from donors such as MMG, are ensuring schools and communities in selected provinces access to WASH facilities as well as adopt hygiene behaviours in schools and at home. This approach means targeting the entire district (district-wide approach) to eliminate open defecation, leaving no one behind.  The goal is to have everyone in the communities and districts use toilets and practice proper hygienic behaviours.

Nang is a mother from Naloumai village in Savannakhet and along with a few other villagers are doing their part to improve the sanitation of their village. “After the triggering event I realized I needed to change,” said Nang.

The district Namsaat office, in charge of WASH-related interventions, supported by MMG and UNICEF Australia, conducted a triggering activity in her village where facilitators demonstrated to villagers why sanitation is essential to good health. This activity is part of the community approach to total sanitation that included a transect walk, mapping the village, and hygiene promotion activities. For Nang, this was the push she needed to make the decision of rehabilitating her existing toilet and build a proper structure “Not everyone in the village changes after a triggering event,” Nang says, “There are people who think that other matters are more important than a toilet, so they just don’t build one.”

Dr. Luanglatbandith, Chief of Hygiene and Health Promotion in Savannakhet, knows that behaviours do not change overnight. “Change can be slow sometimes, and there can be many challenges such as limited resources or a solidified mentality of the older generation,” he explains, he beleives that hygiene promotion, also known as a software activitiy, is critical for behaviour change. ““It[software] should be implemented in parallel with hardware installation or beforehand. Behaviour change is gradual, and people need time to change and become familiar with new concepts, especially the older villagers.”

He has seen a variety of changes around Savannakhet but says slow progress is due to a multitude of factors, and the best they can do to move forward is to keep reinforcing positive behaviours or focusing on creating changes in children.

He thinks children are the agents of change in the community and sees swift progress made in schools compared to the slower progress made in communities. “I have seen children learning about using toilets and handwashing in schools and then go home and ask their parents to install them at home.”

Dr. Luanglatbandith says the software component is about changing behaviour through knowledge to create understanding – turning that into practice – then monitoring the changes made. The Namsaat office does this through community mobilization, raising awareness, community gatherings, health education, pamphlets, posters, pre-recorded audio, or live scripts read to the community.

The hygiene promotion component in a WASH strategy is essential to creating behavior change in communities. Part of the comprehensive WASH approach is to include a community dialogue to find out the needs of the village and a technical survey. Based on the community’s needs, the construction of facilities will follow. Often villages require an education component to address the sanitation and hygiene issues and a triggering activity, which are often handy tools to create behavior change in the community, especially when combined with effective leadership.

Effective leadership is what helped get another village in the district, Namkhip   ready to become classified as Open Defecation Free (ODF). Mr. Douangvilay, the village chief, proudly describes the WASH committee’s goals for total sanitation which includes 14 milestones they are determined to achieve. “We had all but two households in the village using toilets,” he says, “but after a triggering session we converted the last two households, and now we have 100% toilet usage.”

The triggering session used different strategies to show that defecating in the open leads to illness and disease and include village mapping, education, registration and forming of the WASH committee. Part of the session included forming a plan for total sanitation which includes keeping water sources clean, fencing in animals, encouraging clean surroundings, drinking boiled water and encouraging handwashing with soap.

“The community have been committed to improving the village by maintaining facilities, equipment and fencing,” says Mr. Douangvilay.

“Almost everything on the list is going well, but we’re still struggling with handwashing with soap in the community,” Mr. Douangvilay thinks the handwashing programmes in school, currently being implemented in 10 schools in the district, will work well, and the kids will take these behaviors home and share this with their families. He has already seen this behavior change in action from hearing stories from parents in other villages about the efforts people are taking to achieve their WASH goals.

Namkhip village can now apply to achieve Open Defecation Free (ODF) status through the Government. A committee will inspect the village and ensure that the village's claims are meeting requirements, and if they meet the committee’s criteria, it will be declared ODF. If everything goes well, Namkhip will be the first village to achieve ODF status in Vilabouly District, Savannakhet.

Mr. Douangvilay of Namkhip Village agrees with encouraging good behavior and can see positive changes in his village. “Our village is cleaner and there is better access to water now. Before the triggering event, we saw that kids had a lot of diarrhea and parasites. But things are only moving forward from now on.” 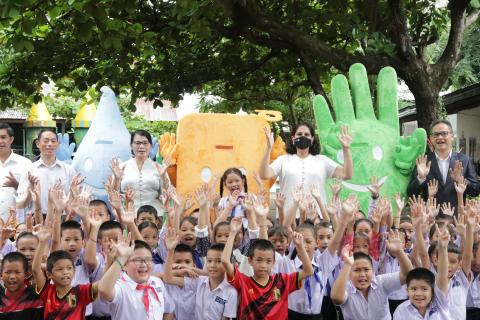 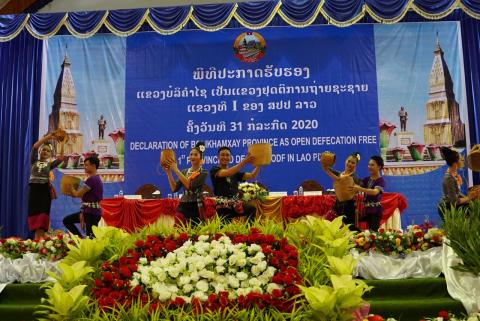 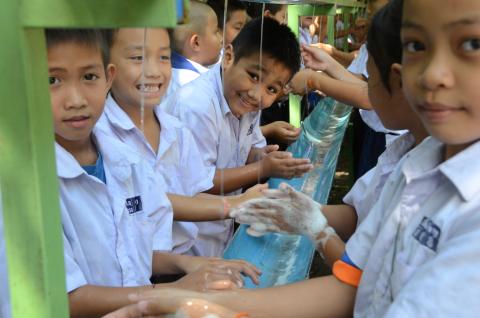 Knowing the facts is key to being properly prepared and protecting yourself and your loved ones. 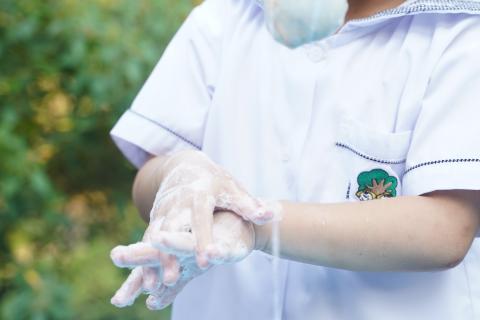 What is the best way to wash hands properly?

Protect yourself and your children