In Kyrgyzstan, despite the decrease in child mortality rates over the years and significant improvement of the overall nutritional status of children in the country,  under-nutrition remains a critical public health concern – particularly in remote regions and new settlements around big towns.

Stunting, low birth weight, vitamin and mineral deficiencies are major issues affecting the health and wellbeing of children in Kyrgyzstan.

As many as 22 per cent of cases of child mortality result from poor nutrition and an estimated 18 per cent of Kyrgyz children are malnourished (UNICEF/WB 2011).

Breastfeeding gives children the best nutritional start in life, but only 41 per cent of infants were exclusively breastfed until they were six months old in 2014 (MICS). Micronutrient deficiencies continue to have lifelong consequences for children and women in Kyrgyzstan.

Under-nutrition is one of the factors that contributes to poor maternal health as well.   Poor maternal nutrition before conception and during pregnancy and the first two years of life threatens the chances of a safe delivery and a healthy baby, and can result in developmental delays that undermine a child’s potential.

There is a high prevalence of diseases caused by malnutrition, dietary preferences, yet, there is an alarming lack of awareness of the potential health concerns in case of nutrient deficiencies - including iron-deficiency anemia – and its effect on the prevalence of birth defects.

Nutrition is still considered as health issue only and not yet integrated fully in other relevant sectors.

UNICEF works with the Government and non-government partners to improve infant and young child malnutrition and tackle Kyrgyzstan’s nutrition concerns by promoting a multi-sectorial approach. This has led to the development of the country’s first National Food Security and Nutrition Strategy, which includes all the priority nutrition specific and sensitive interventions in the country, as well as key policies, laws and regulations to address micronutrient deficiencies among the population, especially young children and mothers.

As part of a Ministry of Health programme, UNICEF together with other partners provides children with vitamins and minerals (Gulazyk) to reduce iron-deficiency anaemia among babies. Gulazyk was initially piloted in Talas province where anaemia rates fell by 26 per cent within one year (2009-2010).

The project also included the dissemination of key messages on early childhood development to support cognitive development of young children. Since 2012, it has been scaled up across the country reaching over 70 per cent of children under the age of two, annually benefiting from Gulazyk.

These resources represent just a small selection of materials on nutrition produced by UNICEF and its partners in Kyrgyzstan. The list is regularly updated to include the latest information.

National Survey of the nutritional status of children 6-59 months of age and their mothers, the Kyrgyz Republic, UNICEF/CDC/ MoH KR, 2009 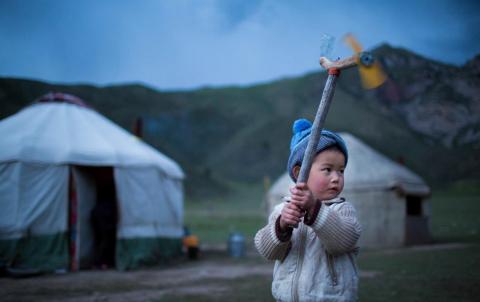 Overview and key figures on the situation of children in Kyrgyzstan. 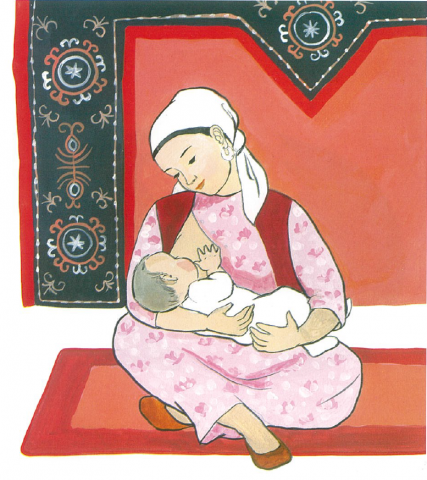 Kyrgyzstan is one of the countries with low breastfeeding rates 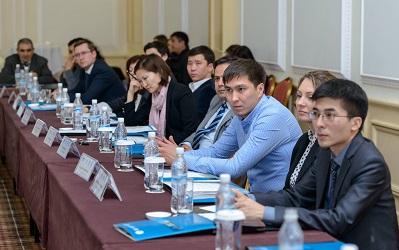 The United Nations and the private sector in Kyrgyzstan: exploring areas for potential partnership 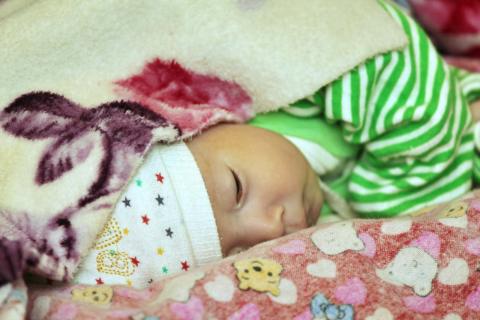 The risk of birth defects increases when the mother’s diet is low in nutrients.