The 8th forum under the European Union’s project “WeAlmaty,” named “Almaty – a City for Children,” was held today in Almaty 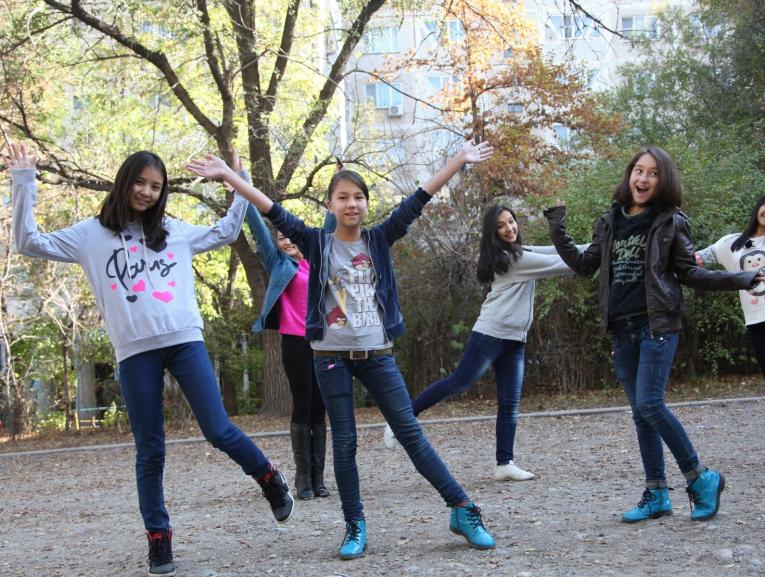 Almaty, February 26, 2019 – The 8th forum under the European Union’s project “WeAlmaty,” named “Almaty – a City for Children,” was held today in Almaty. During the forum participants discussed issues related to the development of Almaty in line with the principles of the international Child-Friendly Cities Initiative. The initiative aims to improve a city’s infrastructure to make it possible for all children to feel safe and comfortable.

According to the research conducted, 58 percent of children think that the playgrounds in Almaty are of interest only for children under five. 52 percent of parents of adolescents aged 11-17 think that the greatest danger is posed by cars and road traffic. Many people mention constrained access to public transportation and risks for children when moving around the city on their own to attend supplementary education facilities.

The forum is organised by the British Council, the Akimat of Almaty, the JSC “Almaty Development Centre” and the Kazakh British Technical University in collaboration with UNICEF Kazakhstan and Urban Forum Kazakhstan. The financial support for WeAlmaty in the amount of 430.000 euro is provided by the European Union.

The forum’s participants included children, being the main beneficiaries of the issue in question, as well as representatives of the Akimat of Almaty, international organisations, local and international experts and students. Also, during the forum the outcomes of the study of child-friendliness of Almaty’s city environment were presented that was conducted in 2018 by Urban Forum Kazakhstan and Urban Studies Centre of Almaty in partnership with UNICEF.

“The role of municipal authorities in creating child-friendly environment in cities can hardly be overestimated. Today it is important to recognise new challenges and more actively engage society and businesses in addressing issues related to children’s rights and safety as well as create opportunities for children, adolescents and youth to take part in a city’s life. We at UNICEF should point out that Almaty has very strong NGOs working on protecting children’s rights and their potential is important both for the city and for the country as a whole,” said Yuri Oksamitniy, UNICEF Representative in Kazakhstan.

Sam Williams, an expert from Great Britain also spoke at the forum, who has a multi-year experience in working in projects dealing with the development of child-friendly public spaces. Currently Sam works as an independent consultant for the Playful Minds project in Billund, Denmark that is supported by the Billund Municipality and the LEGO Foundation and aims at making Billund the Capital of Children.

Elnara Bainazarova, Press and Information Officer of the EU Delegation to Kazakhstan

The European Union is made up of 28 Member States who have decided to gradually link together their know-how, resources and destinies. Together, during a period of enlargement of 50 years, they have built a zone of stability, democracy and sustainable development whilst maintaining cultural diversity, tolerance and individual freedoms. The European Union is committed to sharing its achievements and its values with countries and peoples beyond its borders.

The British Council is the UK’s international organisation for cultural relations and educational opportunities. We create friendly knowledge and understanding between the people of the UK and other countries. Using the UK’s cultural resources we make a positive contribution to the countries we work with – changing lives by creating opportunities, building connections and engendering trust. We work with over 100 countries across the world in the fields of arts and culture, English language, education and civil society. Each year we reach over 20 million people face-to-face and more than 500 million people online, via broadcasts and publications. Founded in 1934, we are a UK charity governed by Royal Charter and a UK public body. The majority of our income is raised delivering a range of projects and contracts in English teaching and examinations, education and development contracts and from partnerships with public and private organisations. Eighteen per cent of our funding is received from the UK government.

Established in 2001 as a joint Kazakh-British project (its initial patrons included President Nursultan Nazarbayev), KBTU is one of the leading universities in Kazakhstan. The Dean of the Business School has a background in urban planning and regeneration, and KBTU has recently won a major tender to develop a technical ‘smart cities’ concept plan for the Akimat in partnership with IDC. The Business School also has a unique process to support business and IT students to start technology focused businesses in their final year through its Entrepreneurship and Investment Centre (EIC).

An important aspect of the Center's activities is the implementation of projects and activities in the field of urban planning. In addition, the functions of the Center also include consulting and methodological support for the implementation of corporate governance principles in organizations with participation of the Akimat of Almaty and analysis of the quality of public services.