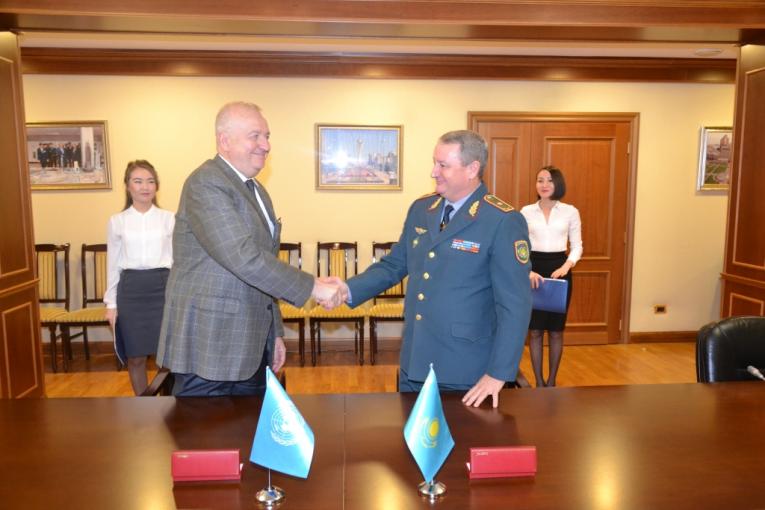 Today in Astana, the capital of Kazakhstan, UNICEF representative Yuri Oksamitniy and the Chairman of the Emergency Situations Committee of the Ministry of Interior Affairs of Kazakhstan Vladimir Bekker signed the Memorandum of Understanding and Working Plan for this project.

"There is a strong need for UAS in Kazakhstan for various missions in emergency situations,” Vladimir Bekker, head of Kazakhstan’s emergency response authority said. “Therefore we fully support this joint initiative with UNICEF and hope that test flights in our Drone Testing Corridors will allow us to select the best technology available and then to introduce such technology to all our emergency response teams around the country.”

The corridors in Kazakhstan are part of UNICEF’s ongoing commitment to bringing drones into humanitarian use. All projects adhere to a strict set of innovation principles, with a focus on open source and user-centered design. Kazakhstan has a growing drone industry, including design, production of fuselage/body, and the initial stages of software development. At the same time the country needs to build the capacity of drone specialists and promote the use of drones by potential UAS services customers.

"The newest Kazakhstan corridors will add enormous capacity to UNICEF’s drone work and complement existing UNICEF corridors in other countries,” said Chris Fabian, UNICEF Ventures, Office of Innovation. “These efforts are vital as we build local, open-source capacity and knowledge and work with our government partners to understand the new regulatory and legal systems that will be necessary to allow drones to deliver vital services to children around the world.”

Drone technologies for the following tasks will be tested:

– Search and participation in rescue of people lost in wide and flat steppe (Northern corridor) or in high mountains (Southern corridor);

– Location and mapping of forest wildfires in remote areas with a specific focus on international/regional coordination.

UNICEF will be finalizing agreements with applicant companies and institutions in the coming months. The corridors in Kazakhstan will be fully operational by February 2019. The Government of Kazakhstan and UNICEF will also identify potential UAS operators that can function in the event of disasters in the region, and put in place stand-by agreements to ensure a rapid emergency response.

The Drone Testing Corridors in Kazakhstan
The air corridor details were determined in consultation with the Kazakhstan Civil Aviation Committee and in line with the airspace usage regulations in the country.

All UAS projects tested in the corridor will have to abide by the UNICEF innovation principles – meaning open source, open data, sharable, designed for scale.

Companies and individuals can register their interest in using the testing corridors by completing an online form here: https://bit.ly/2S5LKpD 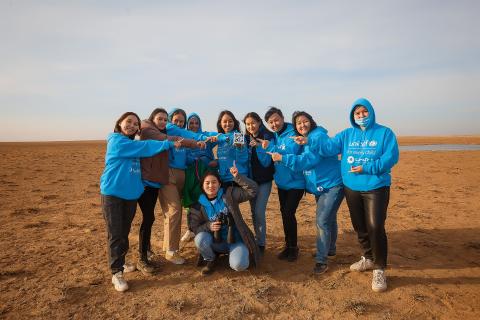 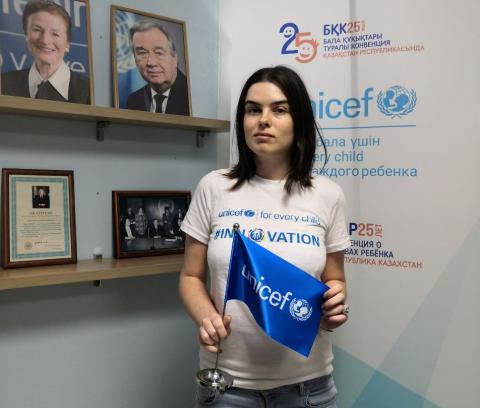 Find out more about internship at UNICEF Innovation