Between August and end-September 2019, humanitarian partners reported significant closures of formal IDP camps, reducing from 89 to 77. The closures, ‘consolidation’ of people from closed camps to other camps, and related return of IDPs to places of origin took place from Anbar, Kirkuk, Ninewa and Salah al Din. Movements were characterized by lack of adequate communication with IDP communities in camps, as well as by lack of consultation by government authorities, especially in Ninewa, with other government and security actors and with humanitarian partners. Poor information-sharing presented coordination and service delivery challenges, alongside concerns about the involuntary nature of movements. Some reports were received of IDP families, particularly in Anbar, not receiving security clearance to enter camps or being refused return to their home towns, causing secondary displacement. The UN Humanitarian Coordinator called on authorities for effective coordination of IDP transfers and adherence to Iraq’s Principle Returns Framework. As of end-September, camp management partners had tracked an overall reduction of around 15 per cent in IDP camp populations. Despite the reduction, 322,143 individuals (165,326 children) remain in camps and over 1.55 million people (728,000 children) remain displaced countrywide. 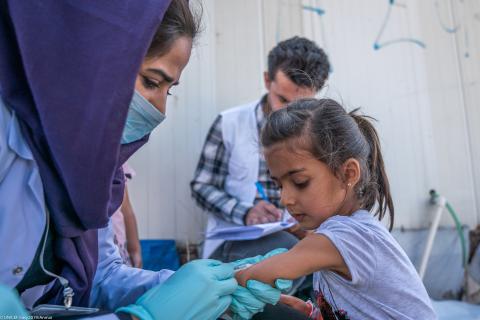 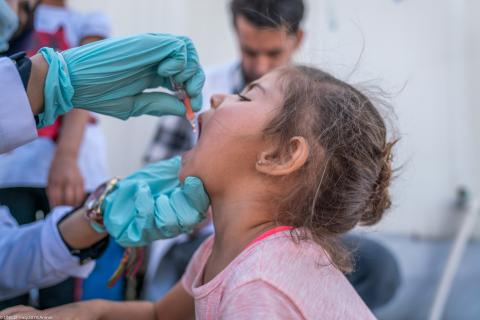 UNICEF and partners provide vaccination against polio and measles for nearly 232,000 children in Syria and Iraq, many affected by latest violence northeast of Syria
Visit the page