Several years of drought has turned Nehbandan area in Iran’s South Khorasan Province on the eastern border with Afghanistan into dry lands with harsh living conditions affecting the already disadvantaged rural population, mainly dependent on their livestock for their food and income.

“I am a herdsman, but due to continuous drought, I have lost a large part of my livestock. Now I have only a couple of sheep and goats. In the distant years when we had enough rain, we would produce and sell a lot of dairy products, but what we have left with now is merely enough to eat,” says Mohammad Hossein, a resident of Khajeh Monji Kooh village in South Khorasan Province, close to the Afghanistan’s border.

Mohammad Hossein and his wife, Zeynab, feel blessed and happy to have their first child after 12 years but meanwhile they struggle to prepare a balanced nutritional diet. “Most of the time, we boil curd in water and eat it with bread. But due to drought, we are in shortage of dairy products. For now, I take labourer jobs in the cities around and can afford potatoes and onions to eat,” adds Mohammad Hossein.

“During years of drought, we lost our livestock and those left are not producing enough milk,” says Seddiqeh, mother of six with a 45-day-old as her youngest. “We produce all the food we eat, we cannot afford to buy more. The main food we can have for now is curd. We have nothing else. Not even tomatoes, eggplants or apples; we do not have such edibles,” she added.

Almost all the rural population living in the region suffer similar dire conditions. But thanks to a UNICEF-backed partnership with the Iranian private sector, the affected population in this province and other disparity areas in the country, received food packages with nutritious items included for mothers and children.

In line with a Memorandum of Understanding signed between UNICEF Iran Office and Refah Chain Stores company in May 2018, the first national joint UNICEF Iran-Refah Chain Stores-Red Crescent Campaign, called ‘For Mothers’, was launched across the country from 23 October to 22 December 2018.

The campaign targeted mothers and children living in disadvantaged areas providing them with over 20,000 nutritious food packages containing milk, cereals, tuna fish cans, soup, biscuit, sugar, cooking oil among other things, with an overall value of more than 240,000 USD.

“This is one of the most significant collaborations between a private company namely Refah Chain Stores, a civil society organization, the Iranian Red Crescent Society, and UNICEF as a United Nations agency, to help support a Government priority by mitigating the negative effects of poverty among low-income lactating mothers,” said Dr. Will Parks, UNICEF Iran Representative. Dr Parks participated in this campaign at one of Refah Chain Stores alongside Dr Rasoul Mohammadi, managing director of Refah Chain Stores Company, Mr Bertrand Bainvel, Deputy Regional Director for UNICEF Middle East and North Africa, and Mr. Morteza Salimi, Head of the Relief and Rescue Organization of the Iranian Red Crescent Society.

The packages were distributed among families in more than 28 cities and regions across the country under the supervision of the Iranian Red Crescent Society which helped to identify the needy families.

‘For Mothers’ was strongly backed by a country-wide communication campaign via national TV, social media, documentary films, billboards, and posters, which mobilized huge participation of people in this humanitarian campaign. People contributed in promoting the health of mothers and children in the country by filling out financial donation forms in the vast network of Refah Chain Stores all around the country. The campaign initially planned for one month continued for two months as it was warmly received by the public.

“The participation of UNICEF and the Iranian Red Crescent Society in the ‘For Mothers’ campaign had led to significant results which can be considered as a model for other countries,” said Dr. Mohammadi, adding that: “The participation of the general public in the campaign was outstanding, encouraging us to extend it for another month.” 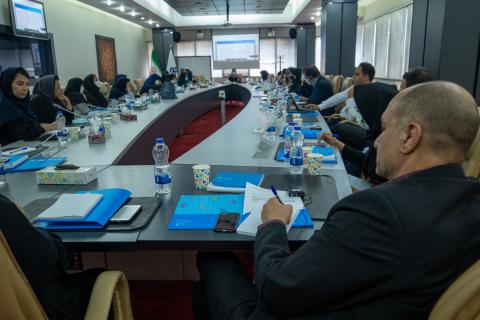 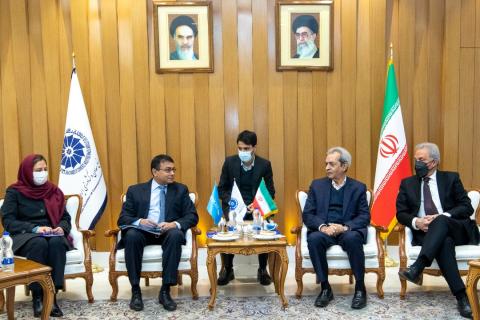 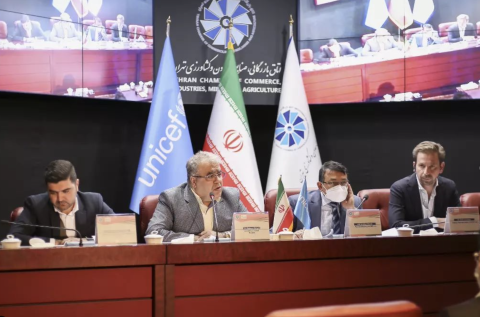 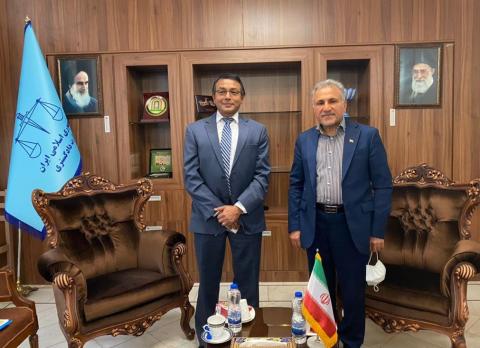