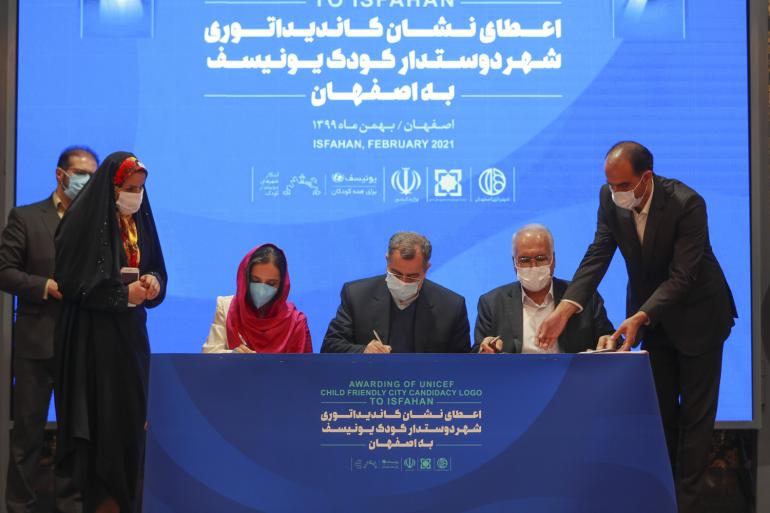 Isfahan, 2 Feb - The Municipality of Isfahan has been recognized as the first “Child Friendly Candidate City” in Iran by joining UNICEF’s Global Child Friendly City Initiative (CFCI) Network. In a ceremony held in Isfahan on 2nd February attended by high ranking officials from the Ministry of Interior, Ministry of Foreign Affairs, UNICEF Iran Office, Isfahan Governor General, and Isfahan Municipality, Ms. Mandeep O’Brien, UNICEF Iran Representative, officially handed the CFCI Candidacy Logo to the Mayor of Isfahan, Dr. Norouzi which commits Isfahan to implement the Action Plan for the two-year CFCI Candidacy based on a Memorandum of Understanding (MoU) signed between the Ministry of Interior, the Municipality of Isfahan and UNICEF Iran.

In the MoU Signing Ceremony, Ms. Mandeep O’Brien, UNICEF Iran Representative, stated that: “I would highly recommend all relevant stakeholders specially those of Isfahan to prioritize hearing from children and engaging them to understand your dreams and the city they would like to live in, our future and next generation. Taking the initiative to create a consultative council of young people is a step in the right direction”.

Mr. Saki, Head of Center for Public Relations and International Affairs, from the Ministry of Interior, stating that children are the custodian of humanity's wishes emphasized on the importance of coordination and synergy among the relevant stakeholders to materialize the rights of children and adolescents and called for special attention to vulnerable children and those in disparity areas as well as children with special needs.

The CFCI Action Plan developed by the Municipality of Isfahan was approved in the National CFCI Coordination Committee meeting in October 2020 in line with the Programme of Cooperation between the Ministry of Interior and UNICEF Iran. In June 2020, 12 cities including Bandar Abbas, Evaz, Gorgan, Hamedan, Kerman, Mashhad, Rasht, Semnan, Shiraz, Tabriz, Tehran, and Yazd were selected as pilot cities for the CFCI in Iran.

A Child Friendly City is a city or a local community where the voices, needs, priorities and rights of children are an integral part of public policies, programmes and decisions. The vision for the global CFCI programme is that “every child and young person enjoys their childhood and youth and reaches their full potential through equal realization of their rights within their cities and communities”. With the support of the local and national governments, NGOs, private sector, media and universities and in collaboration with UNICEF, this initiative covers more than 30 million children in 3000 cities and local communities in over 58 countries. 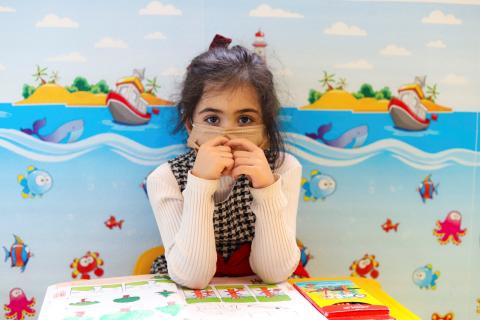 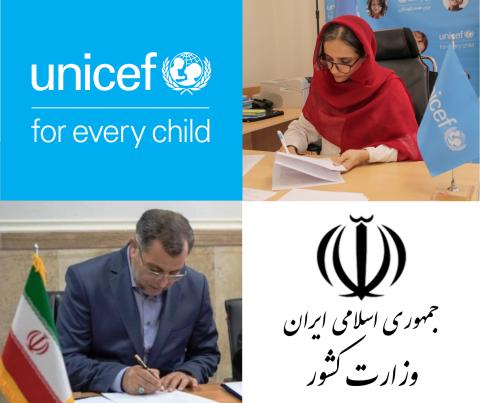 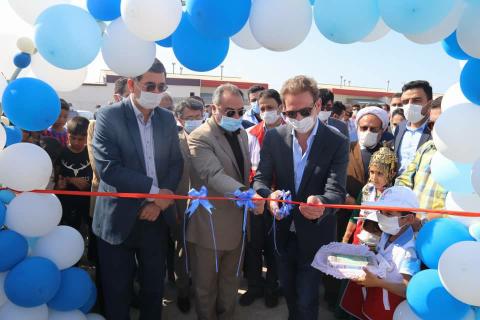 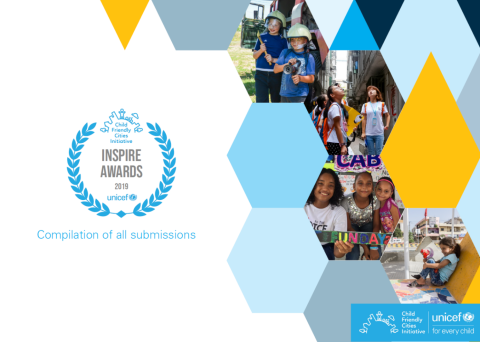