Prescrypto is building RexChain, a healthcare blockchain designed to guarantee portability of sensitive clinical data in a secure and private way. RexChain shifts data ownership to users, empowering them to decide how, and with whom they want to share their information.

With RexChain, your prescriptions will be stored in an encrypted database, which only you - or the people you choose to share them with - can access.

This ensures that a patient's medical data is not only protected but also remains accurate and accessible to any medical professional or healthcare provider. For example, a patient can seek consultation from and be prescribed a medication by a remote specialist via telemedicine, and these records will also be available to a local physician.

In developing countries, vulnerable populations are in dire need of a tamper-resistant network, which allows participants to control access to medications, care or information. When one goes to a doctor in Mexico, one will probably be prescribed a medication on a piece of paper. This paper can be forged, and its sensitive data be stolen or commercialized for market research without a patient’s consent. Furthermore, since patients are often treated by many rotating doctors, it is difficult to make relevant and accurate clinical information readily available to many doctors and providers.

Blockchain’s novel approach on data ownership and system level governance provides a guarantee to patients that no strangers will view or profit from their clinical information without their consent.

So far, healthcare data has mostly been managed by a centralized database model, where a single administrator has complete access and control over the data stored in private servers. Such technologies are vulnerable to many attack vectors, and often lack little transparency over how data is handled or commercialized. On these two fronts, blockchain offers a novel improvement.

The blockchain protocol offers a new and exciting form of data governance previously impossible to offer.

Our blockchain protocol is, by design: encrypted, immutable, decentralized and transparent. This empowers citizens to handle their data themselves, and create adequate channels for expansion that cannot be controlled by stakeholders.

People often ask us if our team is trustworthy to handle such sensitive clinical information. They don’t need to trust us, they have to trust the code. This is transparency, one of our driving values. We are a passionate expert team of people from many professional backgrounds and nationalities.

Most importantly, we believe that open platforms, which are driven by communities, make the world a better place. It also spurs innovation by providing an open platform that can be used by developers, beginners, experts and enterprise alike.

We were inspired by Bitcoin, impressed by how a group of developers created a technology that surpassed the status quo in many ways, and by cleverly placing it out of the hands of private interests, it became a design paradigm and security standard, which is, in a word, unstoppable.  The solution was clear when we understood how health data could be shared and developed using the same paradigm: harness the benefits of blockchain protocols to solve a real problem with positive impact.

We are a young and dynamic team of resilient blockchain enthusiasts who appreciate diversity, openness and lateral thinking. Our team includes medical doctors with a public health orientation; back-end developers with strong encryption skills; and several sales experts. We are based in Mexico City, but only half of us are Mexican, and the other members are from Guatemala, Brazil, Argentina, USA and France. This makes us more resourceful when facing challenges, and together we can speak to customers in any of the main languages spoken in Latin America.

We plan to use funds from the UNICEF Innovation Fund to consolidate our work into an open source tool that could be readily available to healthcare providers worldwide. We will upgrade our real-time dashboards and data science components; spearhead a new generation of blockchain developers in Latin America  to build innovative blockchain applications; and expand our user base outside Mexico, starting with clinical partners in Latin America. This will give us a strong leverage to gain access to other strategic international investor funds.

We believe that talented groups of people can solve larger problems when working together. We view RexChain as the data backbone that other e-health startups could use to leverage their product. RexChain allows other startups to focus on their core business while relying on RexChain to keep clinical data safe, private and in compliance with the legal frameworks of any country. In this framework, we grow as fast as our partners and the ecosystem grows. So we want to help new and existing startups using RexChain to excel.

About UNICEF Innovation Fund: The Fund has been specifically designed to finance early stage, open-source technology that has the potential to impact children on a global scale. The core motivation of the IF is to fund "clusters" or portfolios of initiatives around emerging technology, like UAVs, Blockchain, Data Science and AI or virtual reality - so that UNICEF can both shape markets and also learn about and guide these technologies to benefit children.

As well as funding the start-up companies, UNICEF’s Innovation Fund will provide product and technology assistance, support with business growth, access to a network of experts and partners. The Fund also actively seeks second-round investment and support for companies it has invested in, as well as the opportunity to scale-up these technologies, when they are successful, in the more than 190 countries and territories where UNICEF operates. 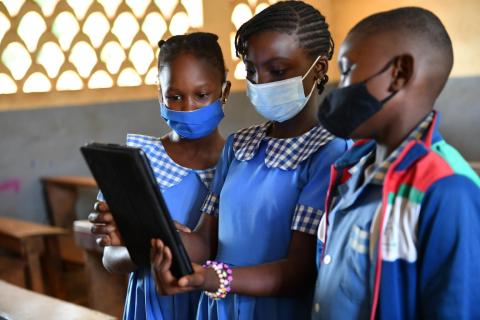 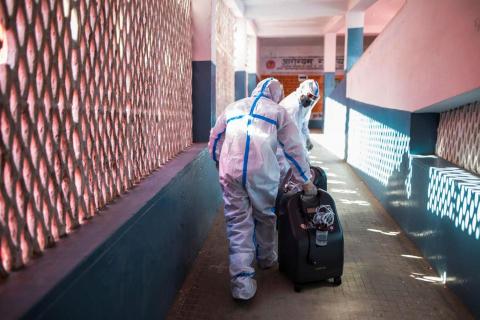 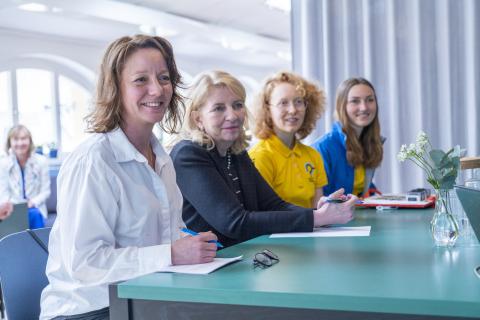