For every child, a safe environment

Working together to prevent and address children's exposure to lead

5-year old Abena and 3-year-old Kofi accompany their mother when she comes to work. She earns a living as a trader in Agbogbloshie, a suburb of Accra in Ghana. Agbogbloshie is known to be one of the largest e-waste dumping sites in the world, where open-air smelting and lead battery recycling takes place.

While their mother is at work, they run around the area, playing with other children, completely oblivious to the dangers that surround them.

In Ghana, over 1.7 million children are estimated to have blood lead levels exceeding 5 micrograms per deciliter - the level above which there is cause for concern.

Lead is a heavy metal that occurs naturally in the soil. Previously, it used to be present in petrol until 2006 when it was banned in Ghana. It’s also used in some products such as lead acid batteries for vehicles and in paints including some used in homes.

As useful as it can be, lead is poisonous and can affect almost every organ of the body. It is particularly harmful to children leading to lifelong growth and development impairment, causing irreparable harm to children’s brains. It is particularly destructive to the unborn child, babies and children under the age of five whose brains are still being developed.

Lead exposure occurs when one inhales emissions from objects containing lead during handling, burning or recycling. So, children like Abena and Kofi who play in such environments are exposed every day.

It also occurs when children consume lead-infused paint that is flaking or peeling off buildings. It can also be passed from the mother to the developing fetus through the placenta.

Most children with elevated levels show no symptoms. The only way to ascertain the level of severity of any poisoning is through a blood test to determine the blood lead level.

Thanks to support from the Clarios Foundation, UNICEF and Pure Earth have partnered with the Government of Ghana, under the “Protecting Every Child’s Potential” initiative to address the harmful effects of lead in children in Ghana.

UNICEF is working through various channels to raise awareness at the national, regional and district level on preventive measures. Health workers are also being trained to diagnose and treat cases of lead poisoning.

Through a survey that being planned for 2022, UNICEF will support the Ghana Health Service in a data gathering initiative that will help provide more evidence on the extent and the severity of the issue.

In the coming year, UNICEF and partners will heighten awareness raising and educative efforts aimed at rallying supporters at the community level to reduce lead exposure and ensure that the potential of every child in Ghana is protected. 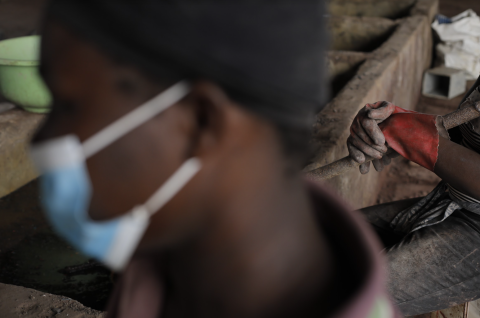 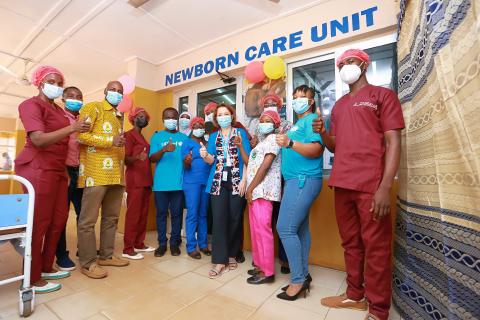 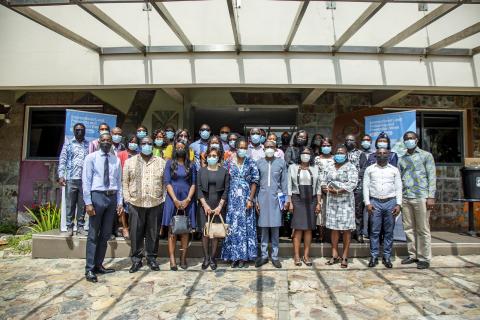 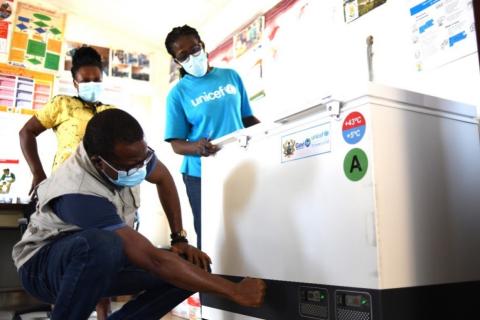 In Ghana, a strong cold chain makes all the difference