‘RM Child-Health’: safeguarding the health of refugee and migrant children in Europe

The health risks faced by refugee and migrant children

More than 1.3 million children have made their way to Europe since 2014, fleeing conflict, persecution and poverty in their own countries. They include at least 225,000 children travelling alone – most of them teenage boys – as well as 500,000 children under the age of five. In 2019 alone, almost 32,000 children (8,000 of them unaccompanied or separated) reached Europe via the Mediterranean after perilous journeys from Syria, Afghanistan, Iraq and many parts of Africa – journeys that have threatened their lives and their health.

Many have come from countries with broken health systems, travelling for months (even years) with no access to health care and facing the constant risks of violence and exploitation along the way. Many girls and boys arriving in Europe have missed out on life-saving immunization and have experienced serious distress or even mental health problems. They may be carrying the physical and emotional scars of violence, including sexual abuse. The health of infants and mothers who are pregnant or breastfeeding has been put at risk by a lack of pre- and post-natal health services and of support for child nutrition.

Child refugees and migrants also face an increased health risk as a result of crowded and unhygienic living conditions during their journeys and at their destinations. Even upon their arrival in Europe, refugee and migrant children and families often face continued barriers to their health care, such as cultural issues, bureaucracy, and a lack of information in their own language.

Southern and South East European countries are at the heart of this challenge, struggling to meet the immediate needs of vulnerable refugee and migrant children. And now, an already serious problem is being exacerbated by the COVID-19 pandemic.

Rising to the challenge: the ‘RM Child-Health’ initiative

In response to this challenge, the European Union Directorate General for Health and Food Safety is working with UNICEF to help ensure that refugee and migrant children and their families have access to quality health care and essential  health information in six countries: Bosnia and Herzegovina, Bulgaria, Greece, Italy, Serbia and Spain.

The 27-month ‘RM Child-Health’ initiative, launched in early May 2020, aims to improve the health of children on the move in these countries. With EU funding of €4.3 million, it will:

“But it will go further to stimulate public demand for strong national health systems that work for everybody and that rise to new challenges, such as disease outbreaks,” she said. “The COVID-19 pandemic has reinforced the critical importance of protecting the health of every child and adult, regardless of their origins.”

Voices from the field 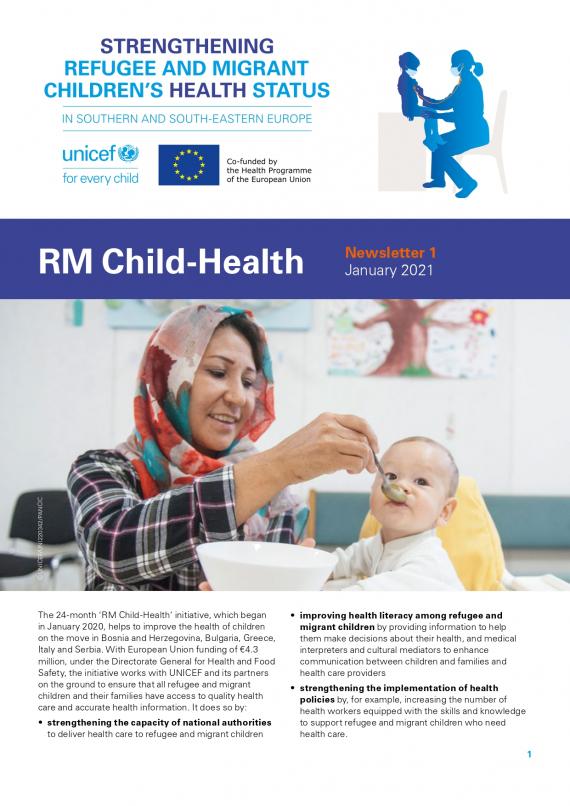 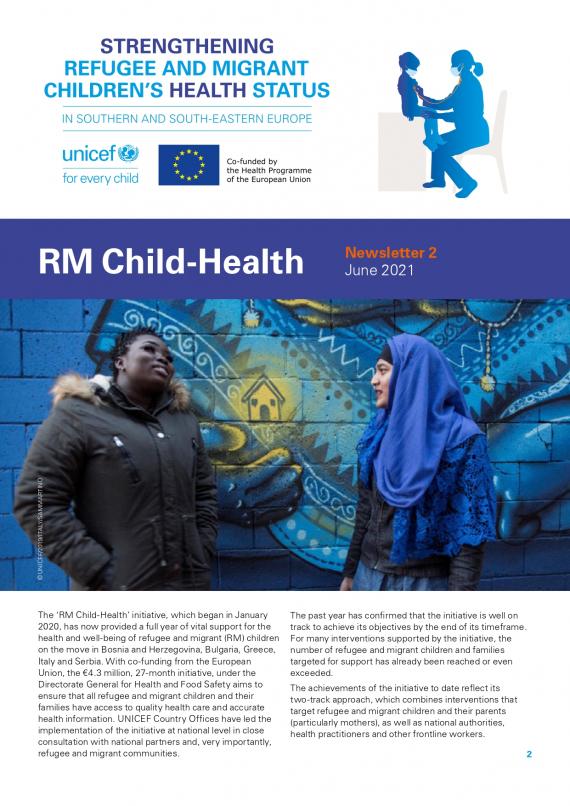