NEW YORK, 1 March 2018 – Nearly 19 million babies born globally every year – 14 per cent – are at risk of permanent yet preventable brain damage and reduced cognitive function due to a lack of iodine in the earliest years of life, according to a new joint report by UNICEF and GAIN released today. More than 1 in 4 of these children – 4.3 million – lives in South Asia.

Brighter futures: Protecting early brain development through salt iodization notes that iodine deficiency is a leading cause of preventable brain damage worldwide. Insufficient iodine during pregnancy and infancy results in neurological and psychological deficits, reducing a child’s IQ by 8 to 10 points. This translates into major losses in the cognitive capital of entire nations and thus their socio-economic development.

“The nutrients a child receives in the earliest years of life influence their brain development for life, and can make or break their chance of a prosperous future,” said UNICEF Senior Nutrition Adviser Roland Kupka. “By protecting and supporting children’s development in early life, we are able to achieve immense results for children throughout their lifespan.”

Salt iodization is both cost effective and economically beneficial at only US $0.02–0.05 per child annually. Every dollar spent on salt iodization is estimated to return US $30 through increased future cognitive ability.

“Iodine is critical for childhood development,” said Greg S. Garrett, Director of Food Policy at GAIN. “Due to the collective efforts of governments, industry, civil society, UNICEF, GAIN and others, we are on the verge of being able to ensure sustainable iodine intakes for all children. But there is still much more to be done to end iodine deficiency and we hope others join our efforts to further scale up salt iodization in the hardest to reach areas.”

The earliest moments of life, from conception up to age two, are the most critical for a child’s development. Nutrition – along with protection and stimulating activities like play and early learning – during a child’s first 1,000 days shape brain development for life.

The report outlines urgent steps to reduce the risk of mental impairment to babies’ growing brains:

UNICEF and GAIN have been working together for the past 10 years to tackle iodine deficiency disorders:

The Global Alliance for Improved Nutrition is an independent non-profit foundation based in Geneva, Switzerland. GAIN was developed at the UN 2002 Special Session of the General Assembly on Children. For more information about GAIN’s work, visit www.gainhealth.org. 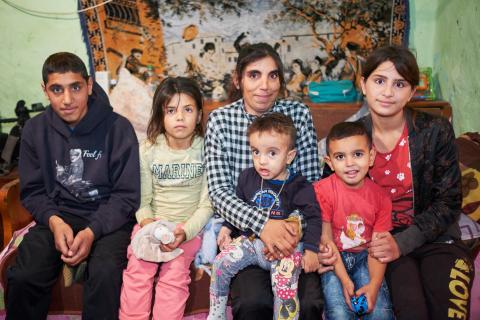 Turning every “no” into a “yes” to protect children
The stories of two mothers: Adina and Didina
Read the story 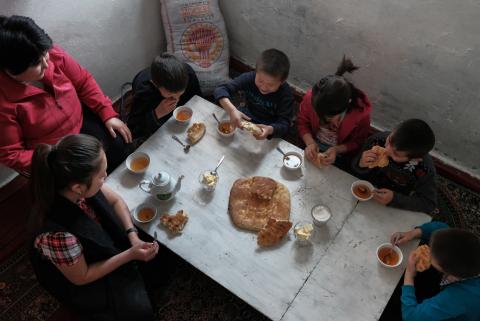 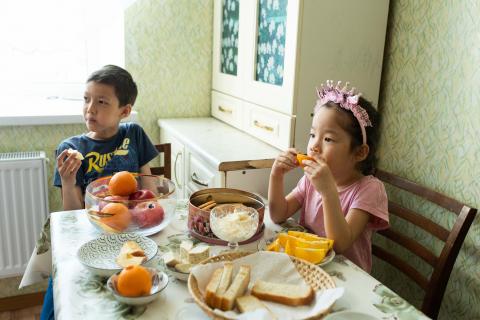