A village with not one malnourished child

Tchoffio is a small village in the centre of Chad, where the sand from the Sahel belt doesn’t arrive. Only 30 minutes by car on the red soil and amongst the green vegetation separates it from Mongo, the main city of the Guera province.

In the area, 70 out of 1000 children die before their fifth birthday, mainly caused by malaria, respiratory infections, and diarrhoea, with malnutrition as a major contributing factor (MICS 2014/2015). These are all treatable diseases if you go to the nearest health centre on time, if the health centre has professional and trained health caregivers, and if the treatments are available. Preventable diseases if the parents, conscious of the risk of losing their progeny, follow accurate and simple recommendations, such as exclusively breastfeeding a 0 to 6-month infant. 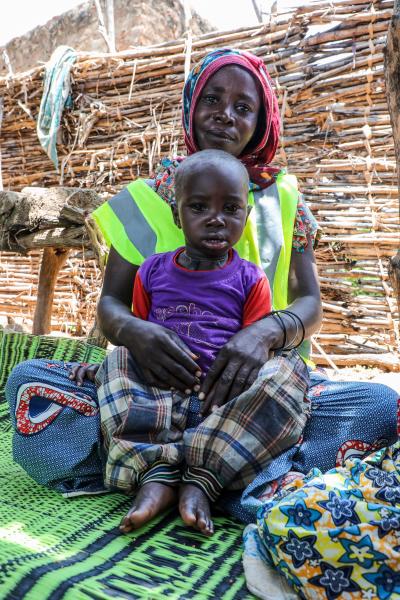 Haoua, 35 years old, is the first mother in Tchoffio to have said stop to a traditional habit which could have an inauspicious impact on the growth of the new-born. In fact, in Chad it’s widely believed that breastmilk does not suffice to feed the baby, nor that it contains enough water to quench the baby’s thirst. This belief results in alarming data (SMART/August 2018): only 67,7% of women practise exclusive breastfeeding and less than 1 out of 4 children benefits from this essential practice for their survival. The other three are exposed to bacteria in food and water that can cause stomach infections and diarrhoea, and consequently malnutrition, neurological and physical development problems and, in the worst case, death.

Almoubarak is Haoua’s tenth child who, contrarily to the other nine, was exclusively fed with breast milk until the sixth month of his life. “He was barely one month old, when I met some people* talking about the mother’s milk, its nutriments and its exclusivity for a better infant’s development. I suddenly realised that I was putting my baby at risk by giving him water. At that particular moment, I decided that not one drop of water would enter in Almoubarak’s mouth for the following 5 months”, Haoua tells us .

She knew it wouldn’t be so easy to convince her husband and entourage to accept this lifesaving behavioural change, but evidence was her defence. “After only one month, Almoubarak was as much stronger, and people from my village started asking me what kind of elixir I was giving him. Aged 8 months, he did his first steps and until today he hasn’t shown any symptoms of disease”, ends Haoua.

Pioneer and forward-looking, Haoua is a leader in her community. She’s the president of the Care Group in Tchoffio, a group of virtuous women who use the power of verbal communication to block the advance of death amongst their children. They go door-to-door talking with other women, and more and more men, sharing information and recommendations on hygiene, maternal and infant health, and nutrition.

A new wave of awareness is penetrating the huts of the village: women know how to stock drinkable water, parents properly wash their children’s hands and have them vaccinated. Girls know when it’s the right moment to see the doctor for their first pregnancy, future mothers are conscious of the 5 pre-natal consultations and the exclusive breastfeeding practices.

In 2019, no child has been diagnosed malnourished in the village. The cart, which was taking the weakened children  to the health centre 5-km away, is now parked. 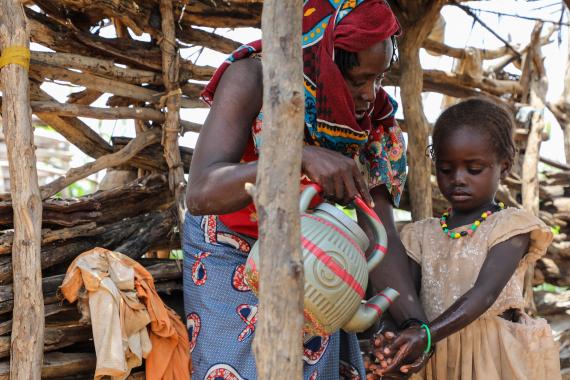 UNICEF Chad, thanks to the financial support of DFID, is supporting the Governement of Chad to save over 30,000 under-five children’s lives from severe acute malnutrition (SAM) and to prevent further deterioration and mortality in young children. In order to have the nutrition situation under surveillance, the project includes several sensitization activities within the communities through the Care Groups. 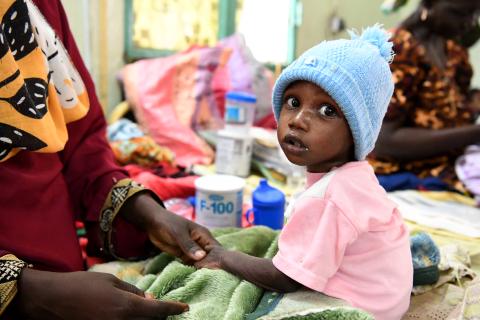 Close to 300,000 children have been treated for severe acute malnutrition in Chad in 2021. The silent emergency is chronic, and ongoing 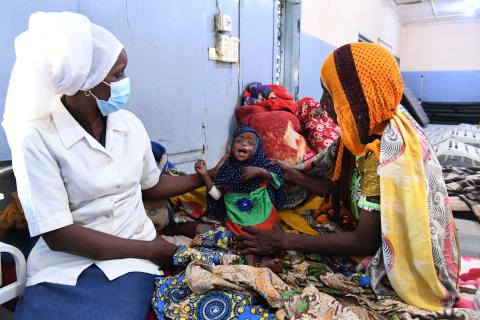 UNICEF and the European Union: together to save lives 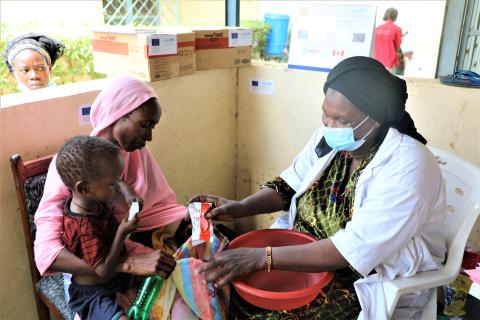 One day in a nutrition centre in the Chadian capital

In N'djamena, Habena health center is one of 825 health structures supported by UNICEF through European Union funding. It provides treatment for children un 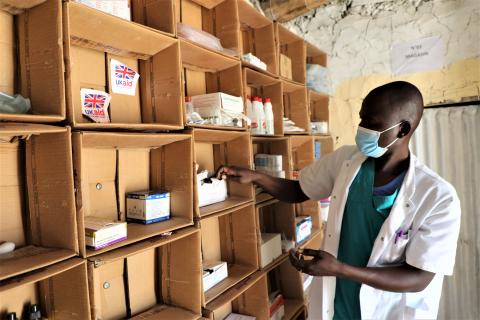 The head of the health centre turned into a craftsman