UNICEF is on the ground in Ukraine, working to reach children in need. David Gvineria, a Child Protection Officer who supported the Ukraine response, shares his experience

Since 2017, David Gvineria has been a technical child protection programme lead at UNICEF Albania. He covers a wide range of child protection issues, with a focus on children's protection from online sexual abuse and trafficking. David recently returned from his emergency deployment in Ukraine. We asked him to share his personal experience of daily life in the war-torn country and how the devastating conflict impacted his work.

David, can you please describe the daily routine in Ukraine?

There was no daily routine. Air raid alarms sound off every 4-5 hours, unpredictably, randomly. They wail across the entire country, warning us that long-range missiles are heading towards Ukraine, and any place in the country is a possible target. So, no matter what time of the day it happens, we'd stop doing what we were doing and all rush to the nearby basement/bomb shelter. Work happens non-stop, in the bomb shelters too, but with limited internet.

Being from Georgia myself and from the generation which witnessed civil war and armed conflicts, I was somewhat prepared for this emergency in Ukraine. But what I witnessed in terms of its sheer scale, destruction and unpredictability is unprecedented. And undoubtedly, I have never faced such complexity of child protection issues in my entire professional carrier. I am very concerned about the national colleagues under the same work pressure and having to cater to the families they traveled with or worry about those who could not and stayed behind. If anyone, it is my national [Ukrainian] colleagues who are the true heroes of UNICEF.

I have never faced such complexity of child protection issues in my entire professional carrier.

In this conflict, there is a toxic mix of most apparent dangers for children, including violence, family separation, trafficking, and exploitation, and a high likelihood of all grave violations against children in armed conflict.

If anyone, it is my Ukrainian colleagues who are the true heroes of UNICEF.

What interventions are currently employed in Ukraine to ensure the safety and wellbeing of children impacted by the war?

In the country, we have SPILNO Centers. SPILNO (СПІЛЬНО) means Jointly in Ukrainian. UNICEF Ukraine initiated the SPILNO center as a place for integrated social service and referrals, under one roof, for children and their families affected by the war in Ukraine. We have started the rollout of SPILNO centers across the country, everywhere possible, but most notably in the places where internally displaced people (IDP) and families are transiting or temporarily sheltered.

What are the unique protection challenges presented in the current situation in Ukraine, and how are we responding?

In this conflict, there is a toxic mix of most apparent dangers for children, including violence, family separation, trafficking, and exploitation, and a high likelihood of all six grave violations against children in armed conflict. Our efforts are mainly focused on lifesaving measures in the East and South of the country. This work is done by remarkable and courageous colleagues and partners who stayed behind the front line and are helping to deliver lifesaving support to the most vulnerable children.

In the central part of the country, we have a massive internal movement of people and children, most of who are fleeing toward the west. Our program there focuses on the rapid identification of the needs of children on the move.

The west of the country is where millions of refugees cross the border with Poland, Romania, Hungary, Moldova, and Slovakia. As a result, the risks of trafficking, smuggling, exploitation, and family separation are very high. Every day, we pull a new mobile team and send them to patrol particular hotspots. These mobile teams drive in a vehicle, carry some urgent first aid supplies, and visit places of mass concentration. They collect the needs of children and partners, provide them with immediate support and secure a required referral.

How has this experience affected you, what is your take?

One thing that touched me to the core is this unquestioning belief of the Ukrainian people that sooner or later justice prevails, which gives them and all of us unmatched coping power and hope. This experience vividly demonstrates to me that nothing is of a higher value than a life and dignity of a human being, be it a child, mother, caregiver or UNICEF staff member.

David grew up in a war-torn Georgia in the early 90s. "Surrounded by extreme violence, poverty, and injustice I made my education choices", he explains. He studied Economics, as well as Conflict studies, and he has a master's degree in International Politics.

Active in the student and NGO movement in Georgia, he moved to Brussels, where he was elected as a Bureau member of the largest European Youth Platform, and worked closely with multiple European Union Institutions, and youth organizations.

For the last 12 years, he has served children's protection with UNICEF. Other experiences include involvement in the Juvenile Justice reform process in Georgia, an innovative 'Sports for Development' rehabilitation program for young offenders leaving penitentiary institutions., the establishment of service hubs to combat child sexual abuse in Swaziland,  and leading the development of a joint program for six southern African counties on countering all severe forms of violence against children.

Considering the urgent need to scale up our emergency response in Ukraine and neighboring countries, we are urgently looking for dedicated staff to bolster our response in all areas of our work.

While UNICEF is scaling up efforts to support children and their families fleeing the war in Ukraine, we remain present in humanitarian emergencies around the world, committed to continue the delivery of critical life-saving support to children and young people.

Learn more about UNICEF in Emergencies

Read the latest on Ukraine

Read the latest on UNICEF's response to the crisis in Ukraine

War in Ukraine - "I have never faced such complexity" 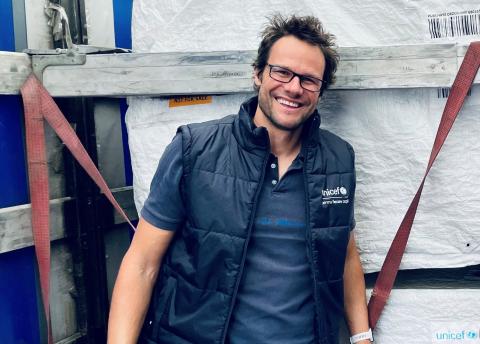 War in Ukraine - "Allowing children to be children again"

Gregor von Medeazza, who serves as Emergency Coordinator for the Ukraine Refugee Response in the Republic of Moldova, shares his experience 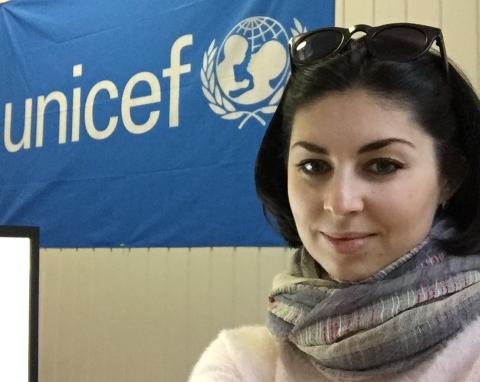 War in Ukraine - "For days I was working from the basement" 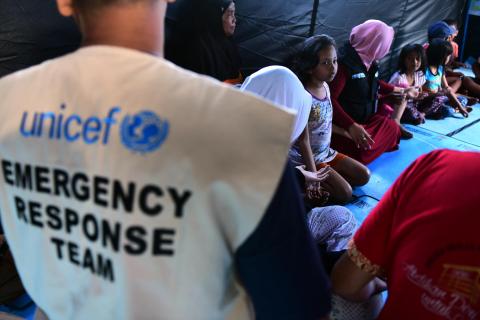 UNICEF staff work in some of the world’s most challenging environments, to reach the most disadvantaged children