“Always believe in yourself.”

Story of Souraya Hassan, our Deputy Representative in Algeria

Tell us a bit about your background

I was born in a small town in Djibouti, near the border with Ethiopia. I was born into a family of 5: 4 girls and 1 boy. I was lucky to grow up in a family with caring parents who gave equal opportunities to all of us without any distinction, with - I must confess! - a particular encouragement to us girls to develop confidence and pursue long studies. From the age of 18 I traveled abroad to France to do my higher education for almost 8 years. That long stay opened my eyes to the world. Just after that I joined my university of Djibouti, determined to contribute to the development of my country via education, the most valuable channel in my point of view. I stayed there 11 years in order to serve my compatriots before joining UNICEF.

I am usually on my desk by 8.00 am until around 6.00 pm, except on Fridays when I break off at around 5.00 pm.  My usual day is always marked by a cup of coffee. I read or write reports, keep in touch with my key partners in the country, attend meetings with management; try to keep abreast with the latest economic developments in the country and in the region.

How would you describe your job to a 5 year old?

I would tell my 5 year old son that my job is support the government in improving the well-being of children, so that they too can have access to good schooling, nutrition, doctors, etc.

How did you join UNICEF?

I’m an economist by training. My first experience was a consultancy I did with UNICEF Djibouti on child poverty. That was fascinating work because it led me to realize that economic arguments can be used very effectively to promote children’s rights. It also made me realize that eliminating child poverty is possible – if authorities adopt the right policies and invest in children. But at that time I didn’t realize that UNICEF hired economists on a regular basis. A friend started sending me vacancies for economist and social policy positions within UNICEF and I was then put on the roster. Six months later, I landed in Burundi – the amazing adventure at UNICEF had begun!

What’s the hardest project you've ever worked on?

Upon my arrival at UNICEF, I had to the lead of development of The Situation Analysis of Child Malnutrition in Burundi - a country with one of the highest rates of stunting in the world (58% of children under five here suffer from chronic malnutrition). With such a high rate of chronic malnutrition, the challenge was to engage and convince high level officials in the Ministry of Finance who were not familiar with the issue or its importance for development - their main priority is building infrastructure and trying to solve the energy problem (only 3% of the population has access to the electric grid here). The hardest part of the project was to engage them seriously and make them champion the fight against malnutrition in policy and advocacy work. A key component of our strategy was to associate the national university for research and to use economic arguments.

What have been the biggest frustrations in your career and how have you dealt with them?

Deeply involved in my work; I must confess that my biggest frustration remains the fact that finding the right work-life balance is a not easy task.

What are the most satisfying parts of your job?

I’m happy to have helped build strategic alliances with key government partners in particular the 2nd Vice Presidency and the Ministry of Finances (in Burundi*), but also international financial institutions such as the World Bank, the International Monetary Fund and the African Development Bank, and to have brought them all on board in improving the situation of children in Burundi. I’m also proud to have contributed to the partnership between UNICEF and the University of Burundi. Coming from an academic background, I am convinced of the advantages of this kind of partnership for building evidence-based research and effective political advocacy.

Who do you look towards for inspiration?

My mother, a dynamic businesswoman, remains my number one source of inspiration, especially with regards to making sure work is well done, being perseverant, having ambition and also because she always showed me that nothing is impossible if you put your mind to it. She’s a true example of a dynamic Muslim woman in charge of her destiny – the absolute opposite of the usual stereotypes.

What motivates you in your work?

I love my work. I always have be up to speed on the latest methodologies, on knowledge generation, on the latest research. Each work day builds on the last and when I get to work I’m motivated to continue improving evidence-based advocacy – whether that’s improving tactics to convince a certain government official, or whether that’s getting national universities on board to our cause, or creating partnerships with international universities which can also support us in achieving good public decision-making for children.

What is the most memorable place you've traveled to with UNICEF?

I come from a tiny country in the Horn of Africa, which has beautiful beaches but is still a semi-arid country. So I was impressed the first time I went inside the countryside of Burundi, in Gitega, with its stunning, rolling green hills. The contrast between this heavenly lushness and the striking poverty still strikes me as tragic.

In your opinion, what are the biggest challenges facing children?

First and foremost, children are the most valuable resource for each developing country and the best hope for its future. It seems to me that a lot of poor African countries understand the importance of really investing in children, but we’re still blocked and doing as business as usual when looking to improve our future. High levels of poverty and its impact on the development of children are huge risks for the development of the country, and unfortunately this is not taken into full consideration. Usually when I visit high level officials, they’ll say ‘’Yes, we know that investing in children is important, but it’s also crucial to build roads!’’

How would you spend your free time?

With my kids of course; this will be an opportunity to catch up all my work-life imbalances!

What do you miss most about being a kid?

What I miss the most about being a kid is having few responsibilities! And also having a mind filled with dreams and imagination of what the world could be.

What advice would you give others who are looking to get where you are?

Always believe in yourself and be a hard worker. Use every single occasion to try to do your best and treat people with respect.

What do people not know about your job you wish they did?

That working on human capital is more rewarding than working on improving infrastructure!

*Souraya was working as a Social Policy Specialist in Burundi at the time of the interview. 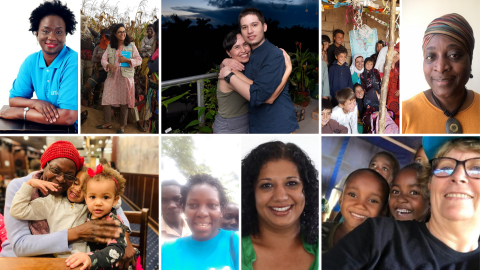 On the International Women's Day 2021, we celebrate the stories of strong UNICEF women in leadership positions 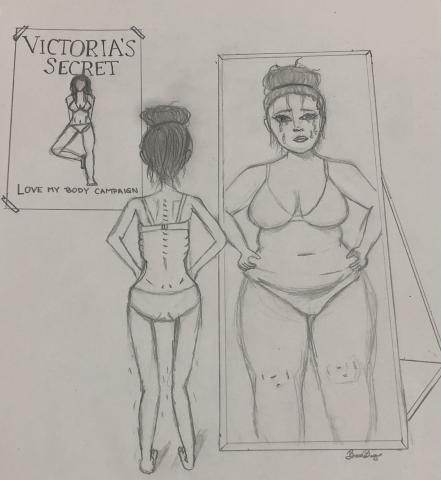 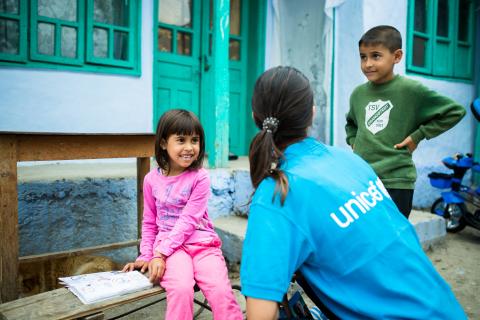 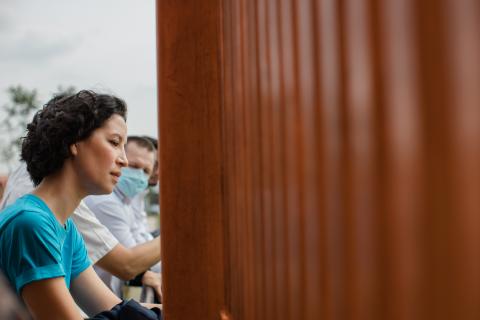 International Day of Persons with Disabilities 2020