At 21, Sultana could easily be married and already a mother, with her educational prospects long behind her. Instead, she is studying to be an accountant while looking after her elderly parents and a young niece and teaching at the Kurmitola Kishor-Kishori Club in Dhaka, Bangladesh’s bustling capital.

The club in a deprived area of Dhaka provides children and teenagers with a safe space to learn and play. Many of them have had a tough life, growing up in poverty or living on the streets. Not only do the clubs allow them to be children again, but they also help to spread the word about the dangers of child marriage and the benefits of education.

Since joining in 2011, the Kishor-Kishori (which means youth or adolescence) club has transformed Sultana’s life and aspiration for herself. Now she passes on the lessons she has learned to others. A peer leader since 2018, Sultana teaches classes in the club twice a week to about 30 teenagers on a range of topics – from health, food and nutrition, to information and communication technology. She also gets her peers motivated by running activities such as karate, cricket, and dancing.

Determined not to get married young

Though she comes from a large family – with two sisters and three brothers – much of the responsibility falls on Sultana’s young shoulder as the main provider for her parents and niece. To make ends meet, she also works as a tailor and a tutor, helping children with their studies.

When she was still a child, her sisters -who were both married at a young age - would urge her to get married too. But with the teachings of the club still ringing in her ears, Sultana would tell her mother:

“My brothers aren’t looking after you. I won’t marry an uneducated man like your daughters and return home divorced. I’ll study at my own expense, get a job and then marry a good man so that I can take care of you.”

In Bangladesh, more than 50 percent of women aged between 20 and 24 were married before the age of 18. The country has the highest prevalence of child marriage in South Asia.

Sultana admits she hasn’t always been this strong. Some years ago, she had her heartbroken by a boy she fell in love with who promised to marry her but left her. She cried a lot and felt depressed at that time, she says.

But things started looking up after she turned to a counselor in the Kishor-Kishori club where she is a peer leader now. “Sister, I wish to get a bank job, and I need your guidance,” Sultana said, adding that she also wanted to care for her aging parents and help others through the club.

With the counselor’s guidance, Sultana started charting her path. She was determined to be independent, have a career, be strong support for her parents, and be a role model for Pihu – the daughter of one of her sisters, who remarried after divorcing her first husband, leaving Pihu in Sultana’s care.

It hasn’t always been easy, and Sultana gets teased to this day by family and neighbors for “still” not being married at 21.

But she shrugs off such remarks. To prevent Pihu from being forced into child marriage and missing out on education, Sultana enrolled her in school and helps her with her studies.

The Kurmitola Kishor-Kishori Club supports 850 adolescents living in Dhaka. There are 25 children’s and adolescents’ clubs in Dhaka as of mid-November 2021. The clubs are run by Bangladesh’s Ministry of Women and Children Affairs with support from UNICEF, and thanks to financial support from the European Union. 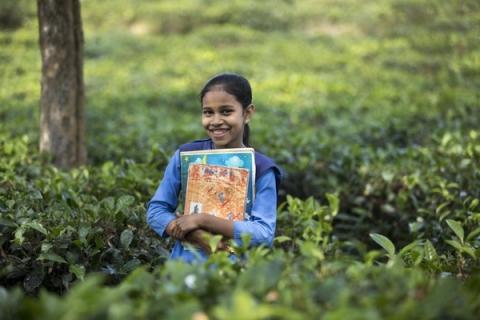 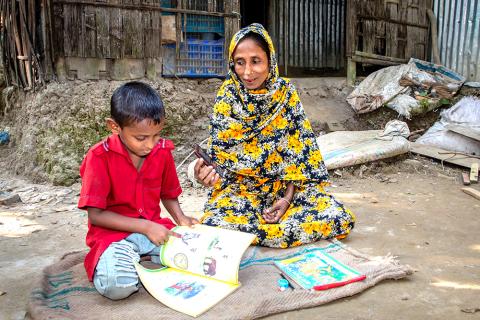 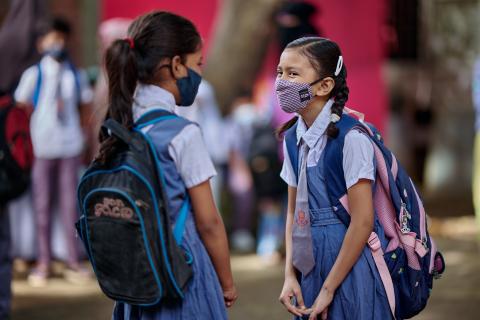 Bangladeshi children are thrilled to be back in class 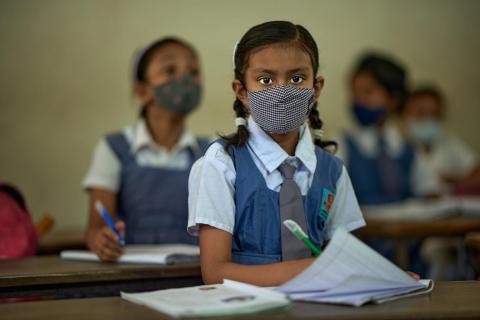