With the financial support of the Government of Japan, UNICEF Armenia is strengthening the health services in communities that host families displaced from Nagorno Karabakh.

Armavir Medical Center was particularly busy the day when we visited to deliver the medical equipment newly acquired with the financial support of the Government of Japan. Since last year, Armavir has hosted families displaced by the Nagorno-Karabakh conflict and the social services have been strained. It has been especially hard for the healthcare services due to the additional burden of the pandemic.

We met with Mrs. Kalipse and other women who were waiting for their turn to see their doctors at the medical center. Mrs Kalipse was scheduled for a sonography and was surprised to see so few people in the waiting line. She then learned that this was because UNICEF Armenia had provided the medical center with a new portable sonographic device that the healthcare providers could use during mobile screenings outside of the center as well.

According to Hovhannes Harutyunyan, Head of the Health and Social Security Department of Armavir Regional Administration, the medical institution was staffed to serve a community of 92,000 and thousands of inhabitants from adjacent villages. However, the number of patients sharply increased over the past year as thousands of displaced families fled to Armenia from Nagorno-Karabakh because of the conflict.

“Portable sonographic devices, hemoglobinometers, pulse oximeters, electronic scales ... Medical facilities always need these and other equipment, and, as a rule, they do not have adequate funding to upgrade them regularly. The inflow of citizens displaced from Nagorno-Karabakh and settled in Armavir marz has significantly increased the workload on top of COVID-19. Armavir marz is the only one that does not have a specialized hospital. We work mainly with medical institutions in Yerevan. It is unacceptable to waste time while diagnosing and transferring patients. Even a simple procedure, such as measuring the amount of oxygen in the blood, should be done quickly,”

“Oxygen starvation can be caused not only by COVID-19. One of the reasons may be low content of hemoglobin in the blood. Especially in the case of critically ill patients, it is important to urgently understand the reason of oxygen starvation in order to take appropriate actions. Portable hemoglobinometers are a lifeline in this sense, as they allow ambulance workers to understand the cause of the problem right at the patient's house and to quickly decide further steps,”

Doctors at the medical center underlined that the role of accurate diagnosis in modern medicine cannot be overestimated. For example, in cases of polytrauma, resuscitation, pregnancy or childbirth, and in some other cases too, access to sonographic examination is a vital necessity. In addition to the benefits for women and children, these devices will also be able to be used in a wide range of other applications which can be lifesaving, such as thyroid gland examination, echocardiography, various abdominal examinations, and so on.

“The three portable sonographic devices we have are out of order at the moment, the new equipment was of utmost necessity. We often had to move the stationary device to the intensive care unit, due to which it wore out faster, the wires were eventually torn. In addition, there are always cases when the examination has to be done at home. In the past, the necessary equipment was not available for that. The new portable sonographic device is quite light, if necessary, even a doctor can move it alone,”

We also met with Gayane Azatyan, Head of Pediatric Department at the medical center, who just used the new electronic scale a moment ago to measure Gohar’s, 15, weight.

“The inflow of new patients, lack of equipment, frequent breakdowns of the old equipment, and lack of opportunity to conduct home visits caused long queues. In a pandemic, it is highly undesirable to have people gather in the hallways for a long time. The new equipment will help us reduce the waiting time and queues, reach out to new patients. This is maybe the most gratifying thing for us, the employees of the medical center,” 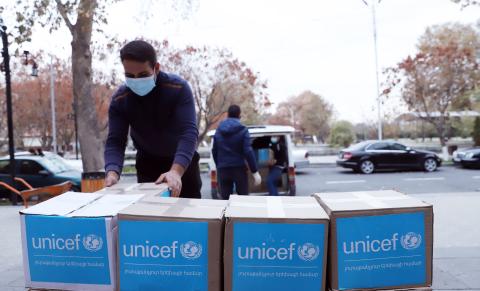 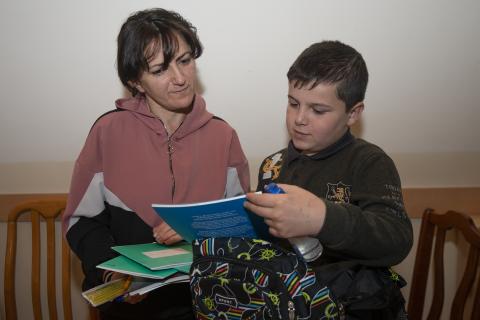 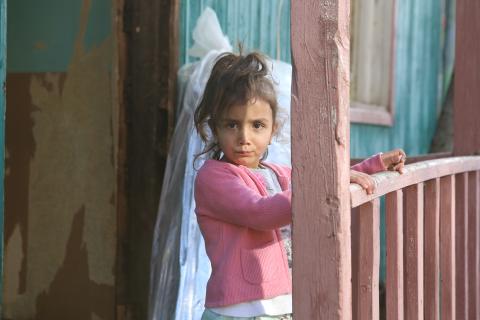 Children living through the Nagorno-Karabakh conflict have not given up on their dreams and futures. It is our collective responsibility to respond. 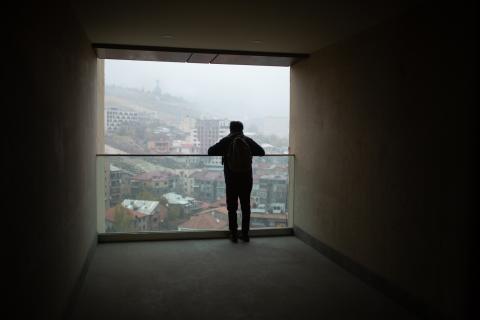