“We thought we were going to die. To our surprise, the recently built toilets were not destroyed.”

But despite the damage sustained to most buildings and property, newly built WASH facilities survived the storm unscathed, encouraging proponents of the KFW funded WASH in Schools Programme, managed by UNICEF and implemented by Welthungerhilfe (WHH).

Elector Muchabaiwa, a teacher at the school said “We have never experienced such a life-threatening disaster at this school since its establishment. We however thank UNICEF, WHH and our Government for building very strong toilets that resisted the storm.”

The roofs of the existing three teachers’ houses and three classroom blocks were blown off. One of the classroom blocks had its roof blown over 100m away. In less than 10 minutes, the schools furniture, doors and windows had been damaged beyond repair.

Mrs. Muchabaiwa was administering an exam paper during at the time. Both the teacher and the learners sustained injuries. The school lost nearly 70% of its property including furniture, textbooks, stationary, most of the buildings structure and other classroom and office equipment. Teachers also lost many of their property and valuables.

Despite the unprecedented harsh weather conditions which the school was subjected to, all WASH facilities, constructed through the WASH in Schools project were not damaged and remained intact. These included 2 ECD, 4 girl- friendly, 1 disability friendly and 5 boys’ toilets, an incinerator, a hand washing facility, pathways, and a drilled borehole.

According to Rembani Biswork, the Teacher in Charge, the resistance of these structures could be attributed to good workmanship from well-trained community builders and constant and regular supervision of construction works that was done by Environmental Health Technicians.

“Most importantly, the structures were built with resilience in mind owing to a history of harsh climatic conditions which have been experienced in the locality over the years,” he said.

Shyness Chingombe a grade 4 pupil ended with an illustrative description of the incident: “We thought we were going to die. To our surprise, the recently built toilets were not destroyed.”

The development of climate-resilient designs of school ablution blocks was triggered after the devastating impacts from Cyclone Idai in March 2019. The Cyclone left widespread damage to communities and schools in the Eastern Highlands of Zimbabwe and illustrated the need for lasting improvements to common school infrastructure such as toilets and handwashing facilities.  UNICEF in collaboration with WHH and the Government of Zimbabwe and constructed newly designed facilities at nine schools in Chimanimani, Manicaland as a build-back-better approach under the Zimbabwe Idai Recovery Project (ZIRP) funded by the World Bank and managed by UNOPS.

These improved latrines were also constructed at 35 schools in Mashonaland Central Province, such as these at Keche primary school, through contributions from KfW under the WASH in Schools Programme, in close collaboration with the Ministry of Primary and Secondary Education (MoPSE) and the Ministry of Health and Child Care (MoHCC).  Together with the Government of Zimbabwe further adaptation efforts are underway as part of disaster risk management and resilience planning for the Education Sector in Zimbabwe. 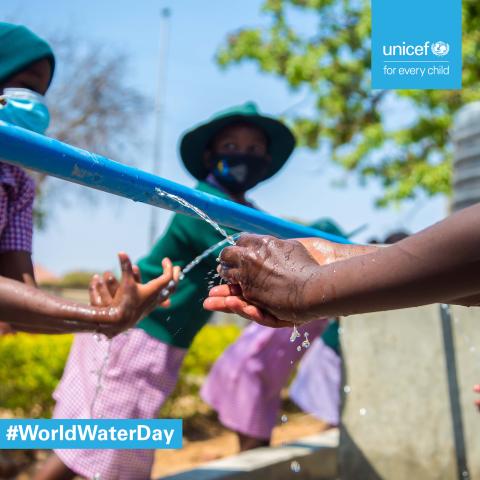 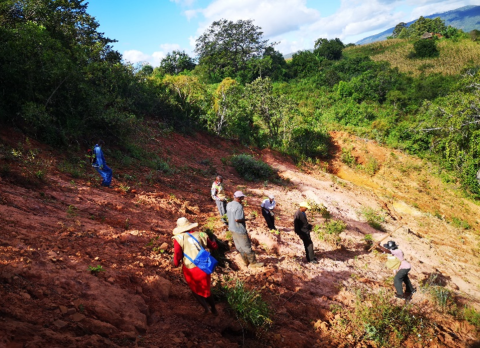 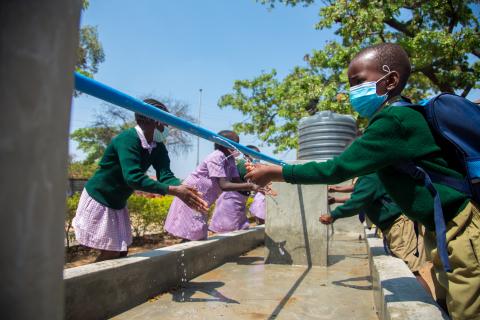 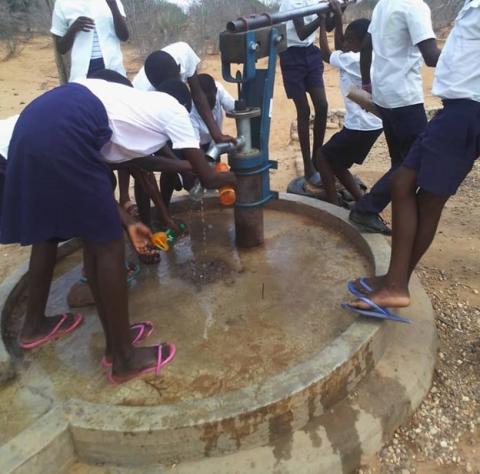