Malnutrition is one of the greatest challenges facing human development in West and Central Africa, and the single largest killer of children under five years of age. Infants who are not breastfed and children who eat a poor diet often suffer from malnutrition, stunting their growth. Poverty and poor sanitation also contribute to malnutrition.

Malnourished children are unlikely to reach their full human potential. Stunting affects their brain development, making it difficult for them to learn or perform well in school. Children with stunted physical and mental growth, in combination with lack of education, are more likely to hold low-wage jobs and, as they become adults, are less able to contribute to their countries’ prosperity.

Innovative strategies are urgently required to accelerate stunting reduction and provide a better future for children.

Accelerating stunting reduction requires looking beyond the immediate causes of malnutrition to address its structural roots. In West and Central Africa this means engaging with policy and decision-makers, communities and the media to focus attention on the problem and their solutions.

The challenge also calls for programming that bridges the gap between short-term interventions and long-term development programmes, as well as systematically addressing gender inequalities and the specific needs of adolescents as an important determinant of children’s nutritional outcomes. 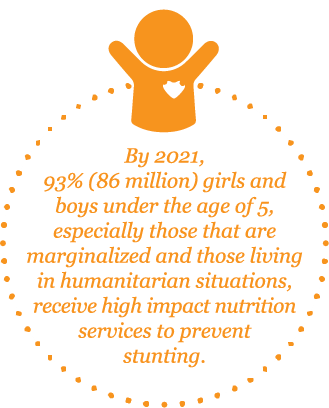 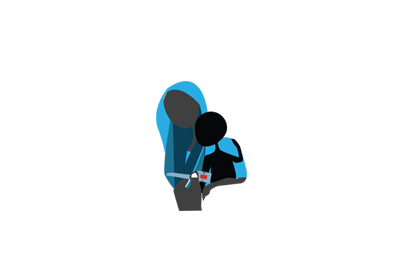