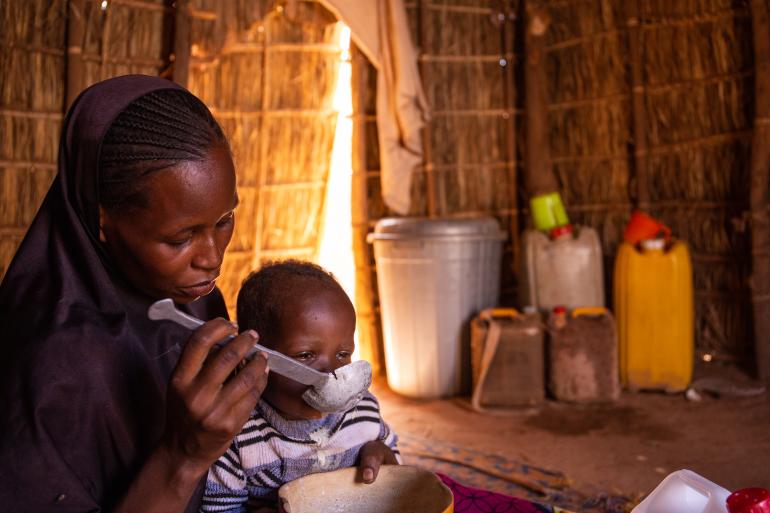 MALABO, EQUATORIAL GUINEA, 25 May 2022 — An increasing number of children across Africa’s protracted crisis areas – from the Sahel to the Horn of Africa - will be exposed to severe wasting as the impacts of insecurity, COVID-19, poor harvests, the Ukraine crisis and global food price rises hit vulnerable families.

As the ‘lean season’ gets underway in the Sahel and with drought in the Horn of Africa pushing the number of children with severe wasting from 1.7 million to 2 million, the African Union (AU) has called an Extraordinary Humanitarian Summit and Pledging Conference this week in Malabo, Equatorial Guinea. UNICEF is urging governments and development partners to seize the opportunity of the summit and the AU’s Year of Nutrition to combine scaled-up life-saving responses with prevention and the anticipation of crises through multi-sector investment to build resilience.

“Children in many parts of the region are entering the most difficult period of the year with the next harvest several months away. Children under five are particularly vulnerable to a lack of nutritious food, which can affect long-term growth and development,” said Marie-Pierre Poirier, UNICEF Regional Director for West and Central Africa. “To really bring about a positive shift, governments and donors need to combine short-term funding with longer-term flexible, multi-year funding so that we can focus on building resilience, so that countries and communities are stronger in the future.”

UNICEF’s Humanitarian Action Plan for the nutrition sector in Africa was less than 50 per cent funded in 2021, a shortfall of $363 million. On Friday 20 May, the United Nations Office for the Coordination of Humanitarian Affairs warned that 18 million people in Africa’s Sahel region teeter on the edge of severe hunger over the next three months, with food insecurity set to reach its highest level since 2014.Over 16 million people are facing a similar situation in the horn of Africa.

The risks are growing for children across the continent at a time when the ready-to-use therapeutic food treatments that save so many children’s lives each year become more costly - projected to increase globally by up to 16 per cent over the next six months due to a sharp rise in the cost of raw ingredients.

“Across the Horn of Africa we are seeing how children are bearing the brunt of the drought. The situation of children with severe wasting is urgent and getting worse,” said Mohammed M. Malick Fall, UNICEF Regional Director for Eastern and Southern Africa. “Even as we respond to the humanitarian emergency, it is the right time to invest in local solutions and long-term resilience.”

Last week, UNICEF published a Child Alert report, Severe wasting: An overlooked child survival emergency, which shows that in the light of rising levels of severe wasting in children and rising costs for life-saving treatment, global financing to save the lives of children suffering from wasting is also under threat.

The African Union has named 2022 the Year of Nutrition as part of a continent-wide push to tackle malnutrition, which causes significant long-term consequences for physical, mental, cognitive and physiological development. Without treatment children suffering from severe wasting are 11 times more likely than a well-nourished child to die. Malnutrition is an underlying cause in nearly half of all child under-five deaths.

As part of the African Union Extraordinary Humanitarian Summit and Pledging Conference this week, UNICEF with partners is organising a side-event on preventing malnutrition in humanitarian contexts, co-hosted by the African Union Commission and the Government of the Democratic Republic of Congo. The goal is to help build a lasting response to the current crises that builds stronger resilience and has a deeper understanding of the multi-sectoral nature of nutrition issues.

An estimated 12.1 million children in Africa have suffered from wasting in the last year. Although the prevalence of wasting in Africa has been declining over the last few decades, the progress has not kept pace with population growth, meaning 500,000 more children face wasting each year compared to ten years ago. 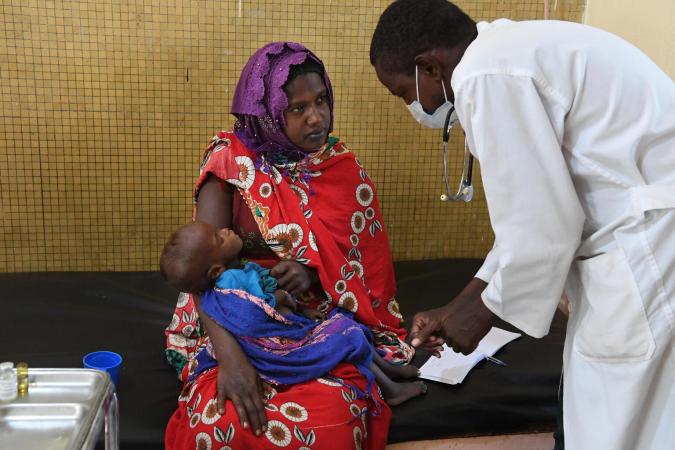