I recently travelled to the mountains in the far north of Viet Nam with UNICEF colleagues and the Ministry of Health to visit a UNICEF-supported nutrition programme aiming to improve child nutrition among the minority Hmong people. The Hmong, numbering around a million in Viet Nam, live in remote mountain villages and cultivate rice and some maize on steep terraced fields.

The levels of undernutrition among the Hmong – as measured by stunting (when a child is too short for their age) – are extremely high. In some areas stunting is as high as 75 percent. I don’t recall coming across such high rates anywhere else in the world. The average in the northern mountainous province of Lao Cai is 40 percent, almost twice the national average in Viet Nam.

I met some children who said they were nine years old but they looked more like four-year-olds. All of the adults were also strikingly short, well below my shoulders.

UNICEF is supporting health authorities in the Hmong communities to implement a “model” nutrition programme. This means it will be thoroughly documented and evaluated over its two year duration to capture the experiences, lessons learned and (hopefully) proof that it works to reduce undernutrition. All of this evidence will then be used to support the progressive expansion of the model by the Ministry of Health to all communities with high levels of stunting.

Our research at the start of the programme found that the reasons for the high stunting among the Hmong includes significant food insecurity, with only one rain-fed crop of rice a year, on small plots of land very remote from markets. This is far from sufficient to sustain families all year round and provide the diverse diet that the young children need.

The feeding practices of young children were also found to be very poor, with traditional diets containing only rice, which the mother or grandmother chews to make it soft before feeding it to the child. Hygiene and sanitation is also very poor, which plays an important role in causing stunting. On a positive note, the exclusive breastfeeding rate among children less than six months is quite high at around 60 percent.

The model nutrition programme has two main activities: child feeding and care clubs and village nutrition support groups organized by village health workers. We visited one of the clubs, held in the village chief’s house. Around 20 people had turned up, mostly mothers with their babies and toddlers but also a few fathers and grandfathers.

The club activities included nutrition education by health staff trained and using materials supported by UNICEF. Another activity was grinding rice and two types of beans into a flour. Cooking demonstrations show how this mixture can be cooked as a soft porridge and mixed with vegetables, eggs, milk, tofu, fish or meat to make it more nutritious.

Children over six months old eat the porridge then and there – and they seemed to like it! Health staff weigh the children, measure their height and screen them for severe acute malnutrition. Those who need treatment receive ready to use therapeutic food right there at the club.

At the club, I met Tiang Thi Doa, 22, a mother with a healthy-looking one-year-old girl called Hoang Yen (below). Tiang had her first baby at 18 and is now using contraception, following advice from health staff.

Hoang was breasted for the first 6 months of her life, mostly exclusively but sometimes with water. Now Tiang is feeding Hoang the rice and beans mixture she learnt how to make at the club, while continuing to breastfeed. The family prioritizes feeding the baby, she said, having realized that they only need to buy a very small amount of meat, which they can afford.

After spending some time at the club, we drove further up the steep mountainside and continued on foot to the house of one of the grandfathers who had attended the club. His name was Giang Seo and his grandson, Giang Seo Dan, was one of the children suffering from severe acute malnutrition.

He was a tiny baby, 18 months old, weighing only 7 kg and very pale. He had been receiving ready to use therapeutic food, called HEBI and made in Viet Nam, for two weeks and was gaining weight well. His usual diet is only rice and a few vegetables. His mother stopped breast feeding at six months and is often away tending the crops far from the house.

Giang Seo said that the family does not have money for meat. They have eggs but don’t give them to the baby. The village health worker showed the baby’s father how to make scrambled eggs. The picture below shows the father standing next to my husband. As you can see, stunting is often transmitted from one generation to the next.

One of the activities of the UNICEF model programme is to train village health workers on infant and young child feeding counseling, hygiene promotion and screening of children for severe acute malnutrition. The training lasts for five days. During this time, the village health workers regularly visit all the households in their area that have children under two-years-old, to assess how the feeding is going and provide counseling. They also organize group education sessions. They get a stipend from the Government of just under $30 USD a month.

After walking back down the mountain, we had a meeting with the provincial Department of Health team. Dr Lien, the vice director, said that all 90 communes (sub-districts) in the province have the same problem of stunting— children only being fed rice and parents not knowing how to feed them properly. She emphasized that her staff need to monitor and supervise the programme closely, and learn and improve it as they go along. She is keen to see the results of the pilot and intends to undertake a costing and planning exercise so she can expand it to the rest of her province.

I left the Hmong feeling optimistic about their potential – the parents, grandparents and health workers were enthusiastic about the programme and determined to do the right things for the children. With the right support from the Ministry of Health, UNICEF and our partners, I have every confidence that these children will grow up to be taller, better nourished and with improved prospects in life than the generations that went before. 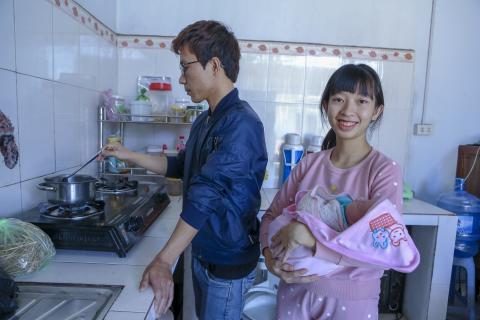 As schools and childcare centres close, many parents are finding themselves stuck at home for most of the day juggling childcare, full-time work and other 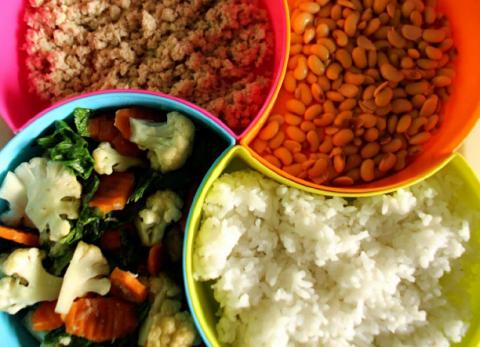 In Viet Nam, one in three children under five is either undernourished or overweight 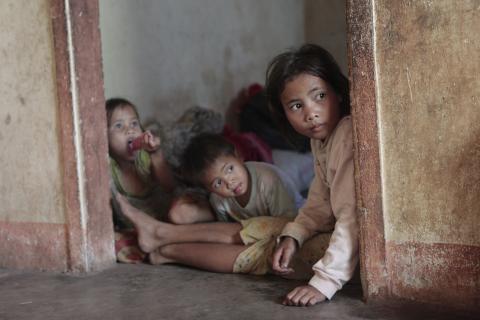 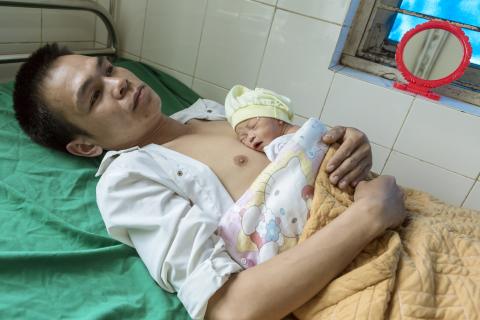 1 in 7 babies worldwide born with a low birthweight – The Lancet Global Health, UNICEF, WHO