“Beat the Internet”, an entertaining TV game show on National Television Channel VTV8 in the Central and Highlands region of Viet Nam – inspired by the United Kingdom original hit show “Beat the Internet with John Robins”, is set to turn the spotlight on disaster risk reduction and climate actions.

The popular game show for the digital generation will feature these topics in two special episodes. The shows will focus on increasing children’s knowledge of natural disasters and climate change, particularly on skills to respond to and ensure the safety of themselves, their families and communities when natural disasters strike.

Each episode includes the participation of five contestants and four rounds of competition:

After each round, one contestant will leave the competition in order for one final winner to emerge at the last round.

There are two special episodes with content relating to knowledge and skills about disaster risk reduction and climate change adaptation, with total prizes of up to VND 12 million available in each episode:

Preliminary round: Each school organized a preliminary examination for students according to a set of questions provided by the organizing committee, selecting the best students from all classes to participate in the final round.

The final round was held in the form of a gameshow "Beat the internet" at the schools. Each school selected two winners in the final round to compete and feature on VTV8. 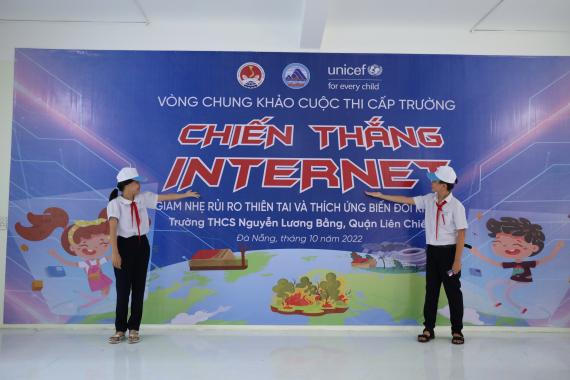 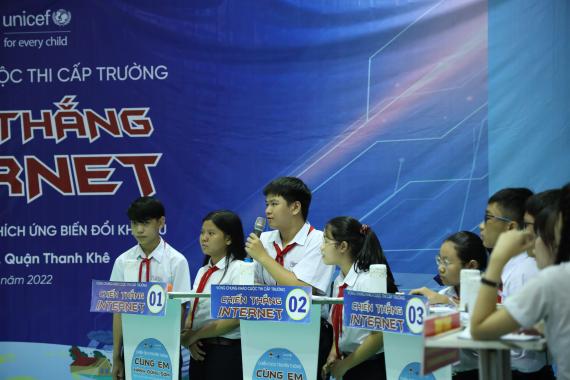 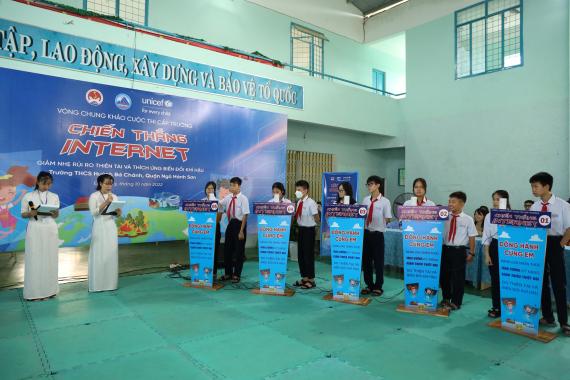 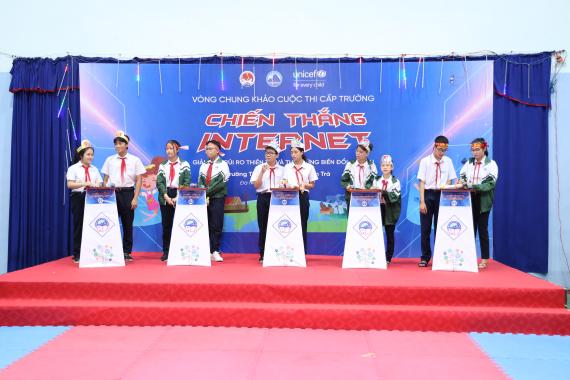 10 winners at the school-level final round will participate in the competition and broadcast on VTV8. Each special episode includes 5 contestants. The competition will be recorded at the S1 studio on October 23, 2022, at the Viet Nam Television Centre in the Central region - Central Highlands.

It is expected that the two special episodes will be broadcast on November 24 and December 1 at 8.25pm.

For a safe, green and clean Viet Nam for every child 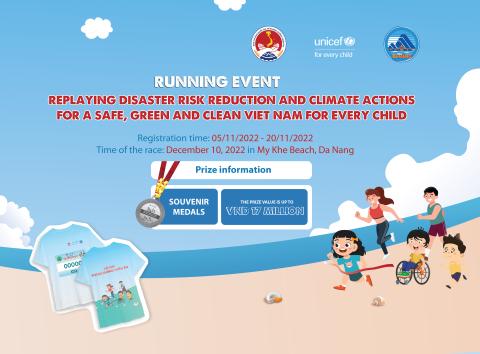 Replaying disaster risk reduction and climate actions for a safe, green and clean Viet Nam for every child 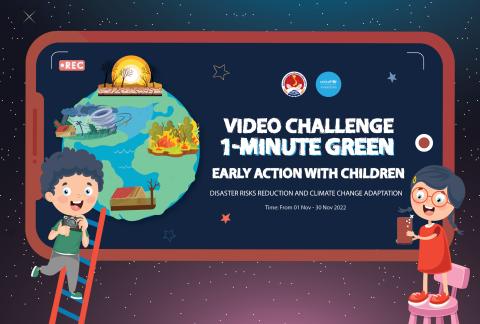 To turn a ‘green thought’ into a ‘green action’ for a safer, cleaner, and greener Vietnam for every child to natural disasters and climate change. 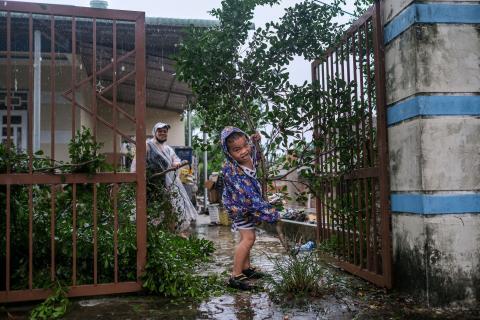 Action on the climate crisis

Protecting, preparing and prioritizing every child for a safe, sustainable and water-secure future.