A day in the life of an essential worker

Every day in Pacaka parish in Nebbi District in the West Nile sub region of Uganda, 30 men and women pick up their health information packs, referral registers and in some cases medicine kits, then ride or walk to different homesteads to inform, educate and monitor the health of the community members. Even as various activities were halted due to the restrictions at the onset of the coronavirus disease lock down in Uganda, these 30 and other village health teams (VHTs) across the country became an even more critical link for community awareness and engagement on the causes, prevention and safe management of the disease. Their critical role as the first line of contact, as essential workers cannot be over-emphasized.

The mouth and feet of the health system

Dr. Lawrence Ojom, the Programme Manager of a Sida-UNICEF-funded AVSI project on strengthening district health systems in 13 districts in northern Uganda and the West Nile sub-region, notes the importance of VHTs in ensuring access to and continuity of health service delivery during the coronavirus disease (COVID-19) lock down. The restrictions on transport and movement may have affected over 34 per cent of the population in the greater northern Uganda who travel more than 5km to access health care (Uganda Demographic Health Survey, 2016), particularly in West Nile sub-region which UNHCR estimates to host more than half of the 1.4 million refugees in Uganda.

According to Dr. Ojom, VHTs create awareness and generate demand for health services especially at district health facility and community level focusing on reproductive, maternal, newborn, child and adolescent health (RMNCAH), HIV/AIDS and nutrition. The VHTs who are given basic training on RMNCAH, move door-to-door, following up on pregnant women, newborn and children under five years. During the COVID-19 lockdown, the VHTs have also been carrying out community health education, delivering integrated COVID-19 messages on causes, spread and prevention, and been instrumental in delivering drug refills to HIV patients.

"They often are like the mouth and feet of the health system in rural areas."

The work of the VHTs is supplemented by a community transport voucher referral system under which pregnant women, mothers of newborn or children under five years requiring facility-based care are identified by the VHTs and facilitated to reach the nearest health facility through a boda boda at no cost to the family. The impact of this VHT-led effort is evident. At Alangi Health Centre III in Zombo District, the deliveries increased by 60 per cent between January and March 2020 as pregnant women were referred and transported to the health facilities. Following intensive community awareness and engagement on COVID-19, even the poorest of communities started buying and improvising hand washing facilities for home use. Such results are manifest not only in Alangi but throughout the region. Brunu Okurmu, the VHT team leader for Pacaka Parish in Erussi Sub County in Nebbi District, estimates that the coverage of home-based handwashing facilities is at over 70 per cent in Pacaka alone.

Challenges of a VHT

Being an essential worker is not without its challenges. On some days, Brunu travels over 10km to two villages, Onumda and Ongdonda, at the border of the Democratic Republic of Congo. The distance however does not bother him, his concern is that he can only visit a few households, as he must make the same journey back home in order to beat the 7 p.m. curfew. Since his bicycle broke down, Bruno walks to the villages. In one week, Brunu and the team of VHTs he supervises visit an entire village, comprising 45 to 68 households. The VHTs in Nebbi have access to an SMS-based platform called FamilyConnect, which enables them to register pregnant women and deliver lifecycle-appropriate messages to promote healthy practices, including timely health seeking, however, ever since Brunu’s smart phone broke in June, it has failed to input any medical records. ‘Sometimes I borrow from my friends.’ he revealed. This occasionally slows down the visits and referral process.

A 2017 International Journal for Equity in Health assessment notes that the VHTs reported difficult working conditions and a lack of respect from their communities and other health workers. This is compounded by the struggle to make a living in addition to volunteer health work. The VHTs also desire consistent support primarily in the form of transportation allowances and material supplies like gumboots, bicycles and uniforms.

Knowledgeable links to the health system

Though Brunu only studied up to Senior Four level, his language is full of medical terms and he demonstrates knowledge of health concepts. In Nziri village in Pacaka parish, Brunu found a child with yellow eyes and skin. ‘I immediately knew it was a serious health problem and referred the mother and child to the health centre.’ On another day he referred a pregnant woman bleeding during pregnancy. The second day of the phone interview for this report found Brunu at the health center ‘supporting the laboratory technician to carry out an RDT’. He also mentioned something about IPC and at my silence explained, ‘RDT is rapid diagnostic test for malaria and IPC is infection prevention and control. In addition to his basic training as a VHT, Brunu enrolled for and completed a certificate course in medical health records and is currently pursuing a diploma in the same while volunteering as a health records assistant.

The 33-year-old father of two was elected as a VHT by his community in 2015 and three years later appointed coordinator of Pacaka Parish. He supervises 30 other volunteer VHTs and oversees 15 villages. Brunu grows bananas for a living and in 2020 planted his first crop of pine trees as an investment in his future.

Just before the click sounds on my phone, signaling the end of our phone interview Brunu concludes;

‘Whereas the community leaders were initially skeptical about aspects of my work because to them I was just a VHT, they have gradually accepted my colleagues and I as sources of accurate public health information and important links to the health system particularly during this COVID-19 lock down’. 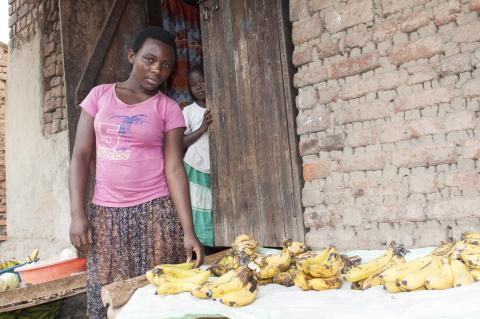 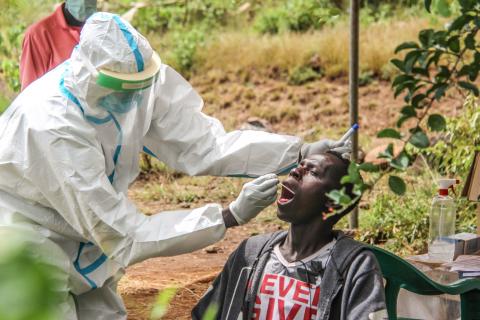 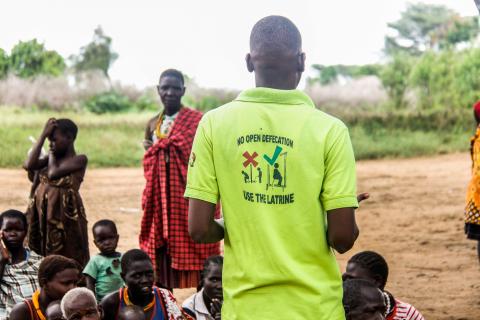 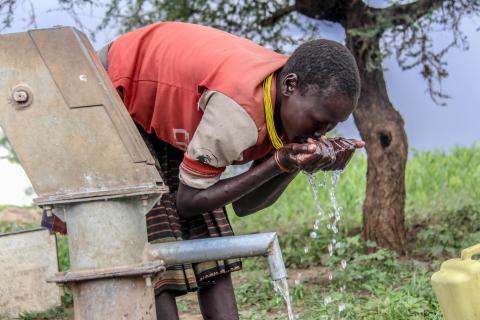