Nearly a decade since Syrian education activist Muzoon arrived in Jordan as a young refugee, she returns at the beginning of a new academic year to inspire children to get back to learning following one of the world’s longest COVID-19 school closures 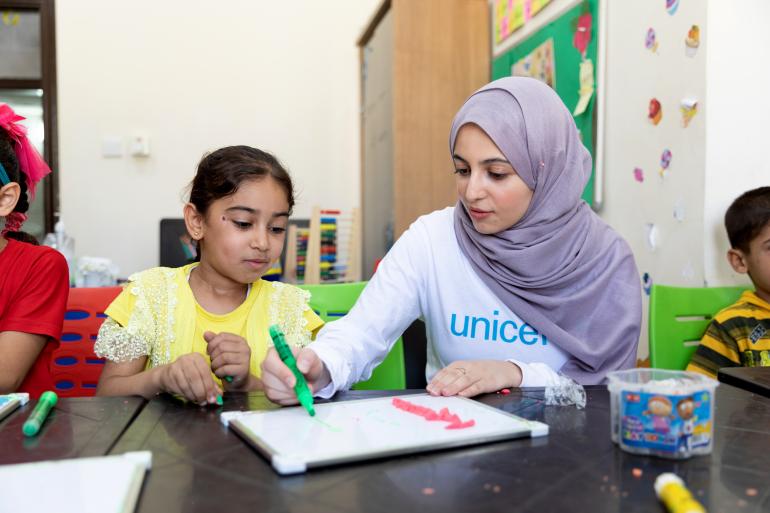 AMMAN/NEW YORK, 31 August 2022 – During a three-day visit across Jordan, UNICEF Goodwill Ambassador Muzoon Almellehan warned that refugee children have experienced severe loss to their learning, having endured almost two years of COVID-19 school closures, threatening to reverse the gains made since they fled conflict.

“Children whose lives have already been devastated by conflict are now facing a second crisis of learning loss. Children have missed so much schooling they do not know how to read, write and recognise numbers.” said Muzoon. “An entire generation of vulnerable children are at risk of dropping out of school altogether, leaving them exposed to early marriage, child labour and worsening mental health.”

Today, on the start of a new academic year in the country, Muzoon met children at a UNICEF-supported Makani (‘My Space’) centre in Amman. Makani centres provide vulnerable children and youth with safe spaces to develop new skills, access learning support and take part in activities including art, music and sports. The Makani programme has reached nearly half a million children and youth of all nationalities since it started in 2015.

On Thursday, Muzoon will for the first time return to Za’atari refugee camp, where she sought refuge as a 13-year-old with her family nearly a decade ago after fleeing the war in Syria.

“Returning to Za’atari will be emotional for me. It was the first place I called ‘home’ after fleeing my beloved country. The struggles that children and families living in the camps face often weigh heavily on my mind. Yet, while it was one of the most difficult periods of my life, it is also were I found my voice as an education activist, and that changed my course forever,” said Muzoon.

UNICEF is working with the Government of Jordan to help children in host communities and refugee camps stay in school and accelerate and recover their education. UNICEF is supporting teachers to assess children’s learning levels and provide learning recovery programmes; and reaching children forced to drop out of school with non-formal education and training.

“This week’s start of a new academic year – where in-person learning resumes – brings hope to Jordan’s children. By acting now to accelerate learning and narrow the education gap, especially among the most vulnerable children, we can provide children with the building blocks of learning they need to reach their full potential,” said Shairose Mawji, Acting Representative, UNICEF Jordan.

During the visit, Muzoon also met young people engaged in volunteering, entrepreneurship, green jobs creation, social innovation and climate activism to hear about their community involvement, as well as their ideas and solutions to improve the lives of young people in Jordan and help protect them from the worst impacts of climate change and water scarcity. 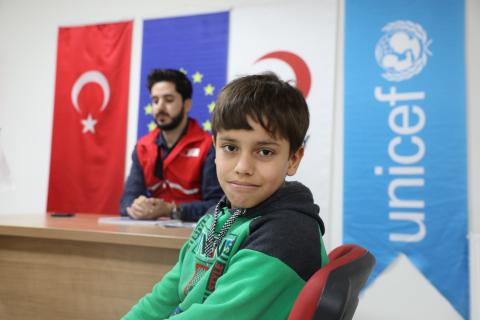 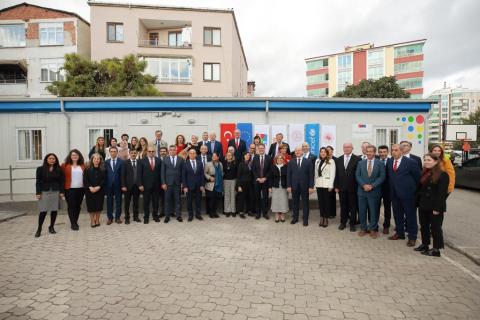 The Ministry of National Education, the Ministry of Labor and Social Security, UNICEF and the European Union reaffirm their support for early childhood education in Türkiye 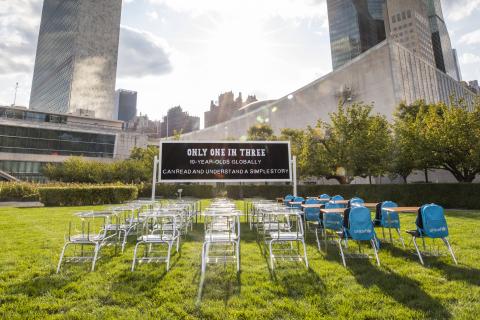 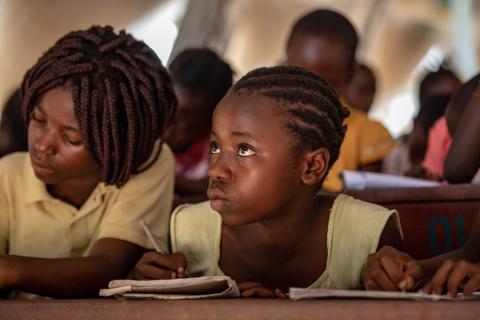