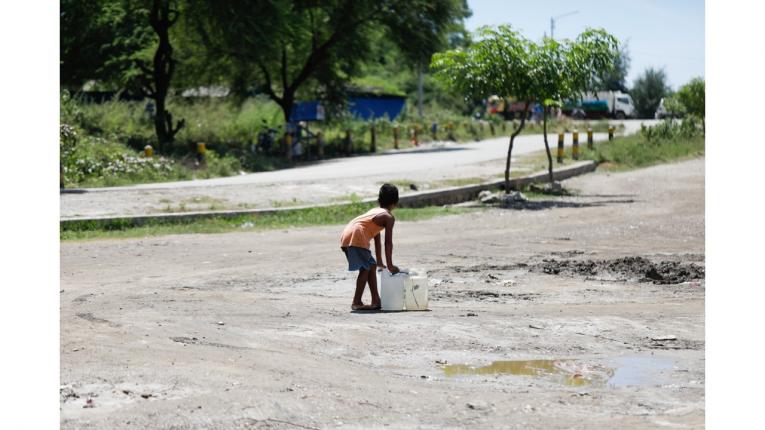 Children in Myanmar, Philippines, Papua New Guinea and the Democratic People’s Republic of Korea are among the most at risk of climate change in East Asia and the Pacific, according to UNICEF’s first child-focused climate risk index.

NEW YORK/Bangkok, 20 August 2021 – Children and young people living in Myanmar, Philippines, Papua New Guinea and the Democratic People’s Republic of Korea are the most at risk of the impacts of climate change in East Asia and the Pacific, threatening their health, education, and protection, and exposing them to deadly diseases, according to a UNICEF report launched today. Vietnam, China, Lao PDR, Cambodia, Indonesia and Thailand are also among the 50 countries in the world most at risk.

Launched in collaboration with Fridays for Future on the third anniversary of the youth-led global climate strike movement, the report finds approximately 1 billion children – nearly half the world's 2.2 billion children – live in one of the 33 countries classified as “extremely high-risk”. These children face a deadly combination of exposure to multiple climate and environmental shocks with a high vulnerability due to inadequate essential services, such as water and sanitation, healthcare and education. The findings reflect the number of children impacted today – figures likely to get worse as the impacts of climate change accelerate.

“For the first time, we have a complete picture of where and how children are vulnerable to climate change, and that picture is almost unimaginably dire. Climate and environmental shocks are undermining the complete spectrum of children’s rights, from access to clean air, food and safe water; to education, housing, freedom from exploitation, and even their right to survive. Virtually no child’s life will be unaffected,” said Henrietta Fore, UNICEF Executive Director. “For three years, children have raised their voices around the world to demand action. UNICEF supports their calls for change with an unarguable message – the climate crisis is a child’s rights crisis.”

”Children in East Asia and the Pacific countries are on the frontline of the climate crisis and the climate hazards they face, from lethal heat waves to flooding to wildfires, are already becoming more severe and intense. The region is one of the most vulnerable to climate-related disasters globally, with about half of the population directly affected every year,” stated Marcoluigi Corsi, Regional Director a.i. while adding that the  climate crisis disproportionally affects the most vulnerable children and adolescents, exacerbating current inequalities and undermining the progress achieved over the last few decades.

”Children in Timor-Leste, are amongst those on the frontlines of the climate crisis and the climate hazards they face, such as the unusually heavy rains and flooding as seen earlier this year, from prolonged droughts resulting wildfires and drying water sources,” said Bilal Durrani, UNICEF Representative in Timor-Leste.  “If we do not do something now, the climate crisis will continue to affect children and families long into the future.”

While nearly every child around the world is at risk from at least one of these climate and environmental hazards, the data reveal the worst affected countries face multiple and often overlapping shocks that threaten to erode development progress and deepen child deprivations.

An estimated 850 million children – 1 in 3 worldwide – live in areas where at least four of these climate and environmental shocks overlap. As many as 330 million children – 1 in 7 worldwide – live in areas affected by at least five major shocks. In addition, the dual challenges of climate change and COVID-19 compound on each other and children bear a disproportionate share of the impact of both climate change and COVID-19. Children are not only the generation that will have to live with the consequences of climate change, but they are also disproportionately represented in vulnerable households.

The report also reveals a disconnect between where greenhouse gas emissions are generated, and where children are enduring the most significant climate-driven impacts. The 33 ‘extremely high-risk’ countries collectively emit just 9 per cent of global CO2 emissions. Conversely, the 10 highest emitting countries collectively account for nearly 70 per cent of global emissions. East Asia and the Pacific countries are also responsible for an increasingly large share of global CO2 emissions with China (30.30%), Japan (3.25%), Republic of Korea (1.85%) and Indonesia (1.71%) ranked among the top 20 biggest emitters of CO2 globally.

“Climate change is deeply inequitable. While no child is responsible for rising global temperatures, they will pay the highest costs. The children from countries least responsible will suffer most of all,” said Fore. “But there is still time to act. Improving children’s access to essential services, such as water and sanitation, health, and education, can significantly increase their ability to survive these climate hazards. UNICEF urges governments and businesses to listen to children and prioritise actions that protect them from impacts, while accelerating work to dramatically reduce greenhouse gas emissions.”

"Movements of young climate activists will continue to rise, continue to grow and continue to fight for what is right because we have no other choice," said Farzana Faruk Jhumu (Bangladesh), Eric Njuguna (Kenya), Adriana Calderón (Mexico) and Greta Thunberg (Sweden) from Fridays for Future, who authored the report's foreword and are joining in support of the launch. "We must acknowledge where we stand, treat climate change like the crisis it is, and act with the urgency required to ensure today’s children inherit a liveable planet."

UNICEF is calling on governments, businesses and relevant actors to:
1. Increase investment in climate adaptation and resilience in key services for children. To protect children, communities and the most vulnerable from the worst impacts of the already changing climate, critical services must be adapted, including water, sanitation and hygiene systems, health and education services.

2. Reduce greenhouse gas emissions. To avert the worst impacts of the climate crisis, comprehensive and urgent action is required. Countries must cut their emissions by at least 45% (compared to 2010 levels) by 2030 to keep warming to no more than 1.5 degrees Celsius.

3. Provide children with climate education and greens skills, critical for their adaptation to and preparation for the effects of climate change. Children and young people will face the full devastating consequences of the climate crisis and water insecurity, yet they are the least responsible. We have a duty to all young people and future generations.

4. Include young people in all national, regional and international climate negotiations and decisions, including at COP26. Children and young people must be included in all climate-related decision making.

5. Ensure the recovery from the COVID-19 pandemic is green, low-carbon and inclusive, so that the capacity of future generations to address and respond to the climate crisis is not compromised.

For more information about UNICEF Timor-Leste and its work for children, visit www.unicef.org/timorleste 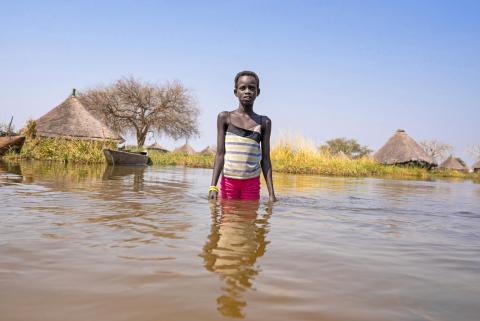 Today, 1 billion of the world’s most vulnerable children are at extreme risk. If the world fails to act, tomorrow it will be all children. It is past time to put children at the center of climate action 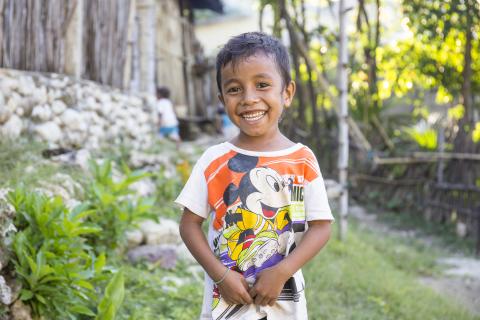