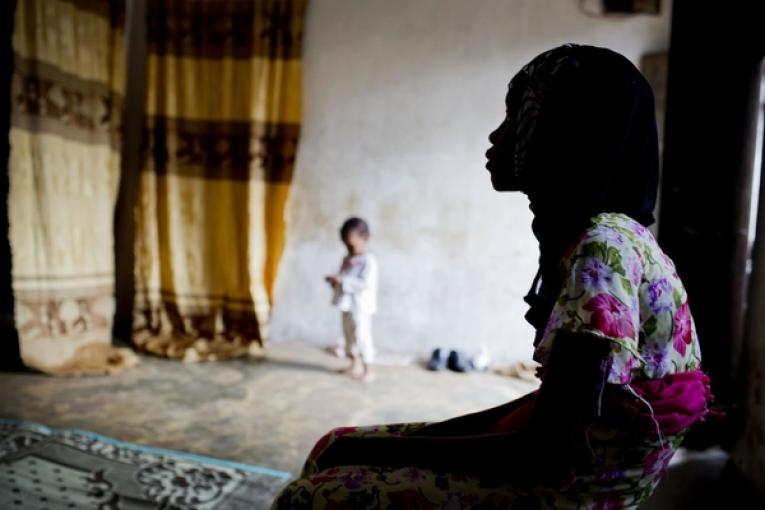 UNICEF/UNI162023/Holt
A young girl who was raped by a neighbour but whose case was never heard at court has an anonymous photograph taken at her home in Zanzibar, Tanzania Thursday, April 10, 2014. UNICEF is supporting the department of social services in Zanzibar to develop a more child friendly approach to the legal system.

DAR ES SALAAM/HAMBURG/GENEVA/NEW YORK, 21 October 2015 – Zanzibar’s child rights law is the winner of the 2015 Future Policy Award on securing children’s rights, beating 29 other nominated policies to the prize. The Award was presented at a ceremony in Geneva yesterday by the World Future Council, the Inter-Parliamentary Union (IPU) and UNICEF during the 133rd IPU Assembly.

The “Children’s Act” is an outstanding piece of legislation. It earned the 2015 Award for its balanced coverage of child abuse and violence against children and for its promotion of child rights – two important topics for children worldwide. Since the enactment of the law Zanzibar has seen favourable and significant shift of social attitudes towards children.

On learning about the Gold prize, Asha Abdullah, Principal Secretary of the Zanzibar Ministry of Empowerment, Social, Welfare, Youth, Women and Children said: “This is a great honour. The Award will not only raise global awareness of our model of child rights legislation, but also enhance our commitment to its implementation in Zanzibar.”

UNICEF in Tanzania played a key role in providing the Government of Zanzibar with technical and financial support in the development of the Act and continues to provide assistance, with support from the European Union, in working towards bringing the legislation from paper to practice. Dr. Jama Gulaid, UNICEF Tanzania Country Representative congratulated the Government of Zanzibar on receiving the Future Policy Award 2015 and noted: ‘Hongera Sana, Zanzibar! UNICEF commends the Government and people of Zanzibar for the broad consultation on the Act which heightened public awareness of children’s rights. Child protection is drawing attention from decision makers, media and communities in Zanzibar’.

Birgithe Lund-Henriksen, Chief of Child Protection for UNICEF in Tanzania, added: ‘We are delighted to continue to support the roll out of the Children’s Act 2011 in order to make a meaningful impact on the lives of children in Zanzibar. We are particularly encouraged by the steps that already have already been taken towards implementation and the real ownership the frontline child protection professionals have demonstrated over the new legislation in working to protect children in Zanzibar’.

Jakob von Uexkull, Founder and Chair of the World Future Council, said: “This prize celebrates policies that help us to do the right thing by creating the right rules. Children are among the most vulnerable group facing a host of the world’s emerging challenges. We need more laws that support a just world and protect the rights of future generations.”

IPU Secretary General Martin Chungong said: Parliaments can lead the response against child abuse and violence by ensuring international commitments on children’s rights are adhered to nationally through laws that are effectively implemented and monitored. The winning policies can only inspire parliaments and parliamentarians everywhere on concrete action to take.”

UNICEF Executive Director Anthony Lake commended the recognition bestowed by the awards: “Children’s rights are brought to life not through pronouncements, but through practical action. Parliamentarians are among UNICEF’s most important partners in driving that action and the results it can achieve in children’s lives.  We applaud the World Future Council for spurring more parliamentarians to leverage their powers on behalf of the world’s most disadvantaged and vulnerable children.”

The Future Policy Award is the only award which honours policies rather than people on an international level. The World Future Council will now work to globally raise awareness of the winning model policies and assist policy-makers to develop and implement similar initiatives. 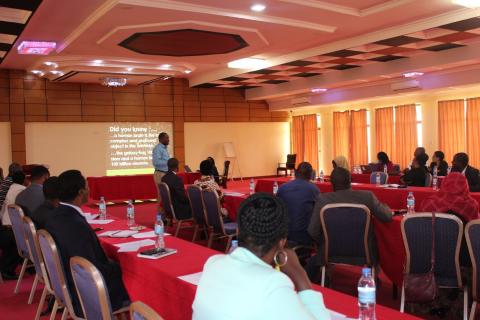 The key role of faith-leaders in Tanzania

Proactive leadership for every child

Why are faith leaders so important in preventing COVID-19?

A key partnership for today and tomorrow's children