Children with disabilities are at greater risk of being excluded and having poor healthcare, education, and social welfare services

Children with disabilities face numerous barriers to inclusion in their communities and society.

In total, approximately twenty five thousands children in Tajikistan are registered with disabilities – 0.8 per cent of the child population.

This is much less than the global average of 15 per cent indicated by the World Health Organization, indicating that the number of children with disabilities may in practice be much higher than official statistics suggest.

Conditions for those children who are registered are still quite difficult. Parents are advised to have their children assessed through Pedagogical, Medical, Psychological Consultation (PMPCs) and Medical, Pedagogical Commissions (MPCs), but screening tools and assessment standards are not uniform across the country, and thus the process is acknowledged to be a major barrier.

According to a 2016 UNICEF study, societal stigmatization and negative perceptions of disability add to the obstacles faced by children with disabilities in accessing education.

The discriminatory attitude to children with disabilities prevails.

It is very challenging to ensure coverage of children with disabilities in mainstream education due to the limited accessible infrastructure and resources, and a lack of pedagogical staff trained to differentiate teaching approaches to facilitate the learning of all students based on their individual needs.In addition, gender inequality in accessing education is an issue of concern. For instance, it is perceived to be easier for boys with disabilities than girls with disabilities to be enrolled in school.

Stigma and discrimination against children with disabilities are substantial, social infrastructure is inadequate, and the capacity of service providers is poor. These children may be orphaned, or their families may think they are too poor to care for them or unwilling to do so because of the social stigma still attached to disability, or community care or foster care might not be available.

Placing children in institutions has been the norm since Soviet times, but experts question this approach and are seeking alternatives. However, social workers and facilities that focus on integration are scarce, and where such facilities do exist, they fill up rapidly: a testament to their success.

In March 2018, the Government signed the United Nations Convention on the Rights of Persons with Disabilities (CRPD).

UNICEF welcomes political will demonstrated by the Government and is continuing to provide legislative analysis and technical assistance to ensure compliance with the CRPD.

In 2018, UNICEF and the Government initiated a National Disability Inclusion Campaign with the slogan ‘Each One of Us is Able’ within the framework of the National Programme on Rehabilitation of Persons with Disabilities in Tajikistan.

UNICEF is also working with key stakeholders like the Agency for Statistics to strengthen data collection and monitoring mechanisms. It has piloted a data collection module in rural and urban areas to help the Government collect accurate information about demographics, including children with disabilities.

UNICEF is helping to develop community-based rehabilitation of children with disabilities in Tajikistan.

It was officially introduced in Tajikistan in 2010 and aims to enable persons with disabilities to maximize their physical and mental abilities, access regular services and opportunities and achieve full social integration. UNICEF Tajikistan is working in pilot districts around the country to widen use of community-based rehabilitation.

The CRPD ratification process requires the Government to align education policies, strategies, and programmes in order to promote and provide inclusive education. UNICEF has developed an approach to inclusive education and with its counterparts is working with local authorities, academia, and communities around the country to enable an environment for inclusion of children with disabilities in state educational institutions. 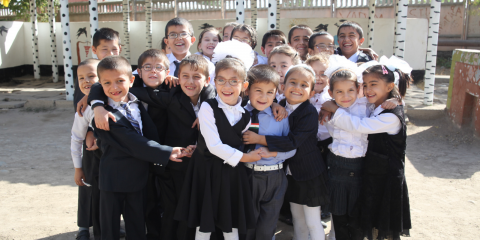 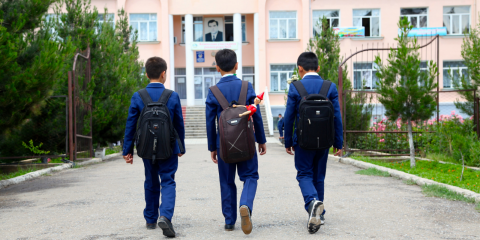 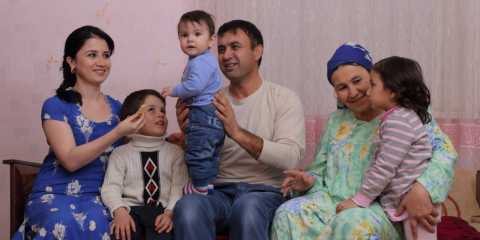 Nurturing family environment for every child.

Every child has the right to grow up in a supportive, caring and nurturing family environment. 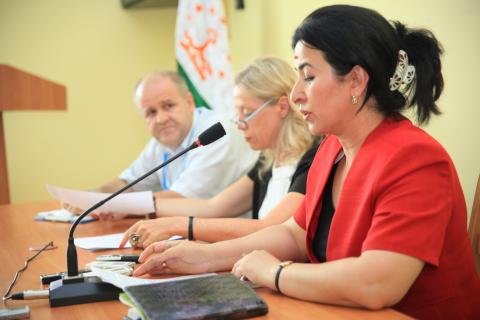 Child-friendly proceedings are not exercised in the country and provision of child friendly quality legal aid is not provided.