Incentives keep teachers in the classroom

In South Sudan, teachers must choose between marriage and a salary or giving the next generation a chance at saving the nation.

With the sound of childish laughs fading into the distance, dark clouds roll in overhead as teachers on the outskirts of the capital Juba gather in a thatched classroom to discuss a topic affecting an overwhelming number of schools in the country: absenteeism.

When the bell rings it is not the broken benches that remain empty, but more often the teacher’s desk and chalk board. Across South Sudan, the lack of salaries is competing with insecurity as the leading cause of school closure and absent teachers.

Life as a teacher in South Sudan

South Sudan society ranks teachers at the bottom of the career hierarchy, with many in the profession subjected to bullying and ridicule.

Lado, a third-year primary teacher in Juba explains, “A majority of the country is made up of illiterate people.” With an alarming 27 per cent able to read and write. “They look at a person based on outward appearance and how much money they have. As the money and conditions are so low, teaching is simply disregarded. Anyone who has money, must know more, must work harder and be better in life.”

“Those who fought in the bush don’t realise that if you teach a person, that person can change the nation. To them the military is what brings change, through force and fighting, not education and knowledge,” adds fellow 24-year-old primary teacher Kumbo.

In a country where conflict has been rife throughout much of its history, many teachers enter the profession with no other option or prospects. Just 54 per cent having completed secondary school as their highest academic qualification, and many in rural areas not finishing their primary education – the latter where almost 83 per cent of the country resides.

Almost resigned to their fate, those who continue to show up to teach do it for the hope of a better country in the future.

“I felt I needed to inspire people from my country, to be the leaders of tomorrow – to pass on my knowledge to those who can make it the next time around.”

“For our generation, it is too late,” concedes Kumbo.

The war affected the teachers’ own education. “In 2013, everyone took refuge and many schools were closed. Students and teachers became targets when gathered in a classroom. Either you join them, or they kill you,” states Kumbo.

In 2018, an education cluster assessment found that little had changed across the country. The Ministry of Education found 41 per cent of schools non-functional at the time of assessment, with insecurity as the main cause of school closure in the same year. In the same period, schools lost on average 30 days of education per academic year, due to insecurity.

In the past two years, a third of schools reported facing an attack on their building, teacher or pupils – mainly in the form of theft and looting by armed forces or armed groups.

Insecurity continues to compound the issue of a lacking workforce and contributes greatly to findings thus far that suggest that most teacher absenteeism stems from a lack of payment and low salaries.

“This situation gets worse and worse and worse,” admits Lado. “But if teacher’s salaries were good, there would be more supply for demand, more opportunities and schools.”

“Some areas do not have schools at all, because there are no salaries.”

UNICEF South Sudan is heading an ongoing survey funded by the Norwegian national committee for UNICEF, that aims to better understand the issue of teacher absenteeism – to inform future programming and improve the quality of education being delivered, in support of the government structure.

Teaching is deemed to be one of the least paid jobs in South Sudan, and figures support this. Due to inconsistent and unpredictable inflation, salaries have become unstable. Despite the economic situation, the government has not adjusted teacher’s salaries, with the Education sector allocated just six per cent of the national budget in 2019/2020, a decrease of 4 per cent from the previous year.

Payment by the government is often delayed, and systems of direct payment no longer exist. Many wait months, only to receive little to no backpay.

“I need to support my family in the village no matter what, so I eat school lunches and then maybe go without dinner. We live as a group, with friends and so forth, and pool our money for the essentials. That is how we survive. We survive together,” explains Lado.

“Many of us are still single as we cannot afford to get married. We need to earn a lot, pay for a lot. It is a big burden,” adds fellow teacher Taban.

UNICEF South Sudan and the Norwegian National Committee for UNICEF has started an incentive programme under the EU-IMPACT project that adds the equivalent of $40 USD per teacher in qualifying schools, to support the government salary. The amount is paid on a quarterly basis and is determined by the Education Cluster and adjusted periodically.

“It is paid on time monthly. They are the lucky ones,” declares primary school Principal Kenyi. “Because many schools know that they cannot pay the teachers, they are reluctant to monitor or enforce a level of quality. Good people, qualified teachers, they leave and look for something else, so schools may be left with no one to run it.”

There is no such concept as a substitute teacher who fills an educational gap when fellow staff does not show up. Instead, a teacher will teach more of their own subject, leaving pupils with large gaps in English, math, science and so forth.

The result of the UNICEF incentive has been important to the education of children, with a positive influence on teacher discipline and commitment – as incentives are tied to good attendance on the part of teachers.

Across the country, the teachers who show up day after day all have one thing in common: determination and selflessness.

“I was attracted [to teaching] by my first teacher who taught me the ABCs,” explained Kumbo, who was around seven-years-old at the time. “I thought, I want to be like him. And I developed the spirit of a teacher that I cannot separate myself from today.” 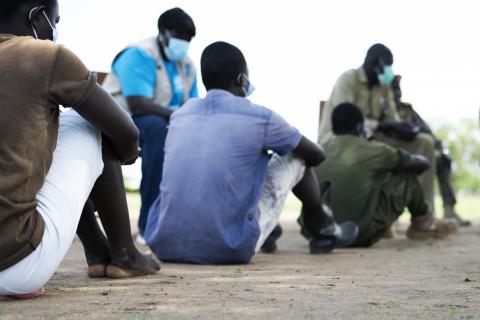 From child soldier to just a child-in one day.
The release of ten children from armed forces in South Sudan
See the story 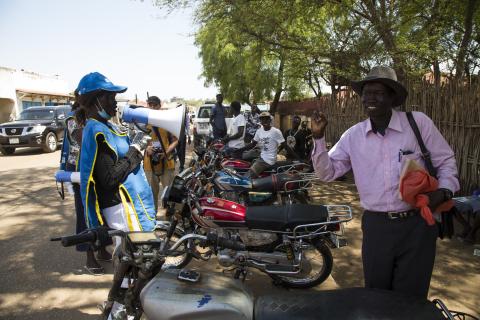 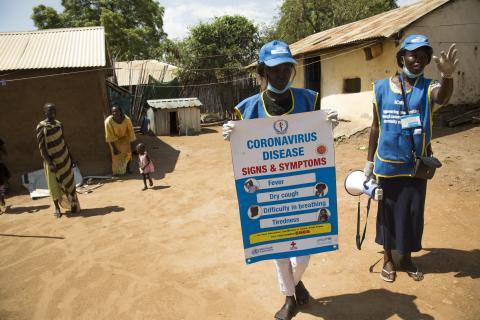 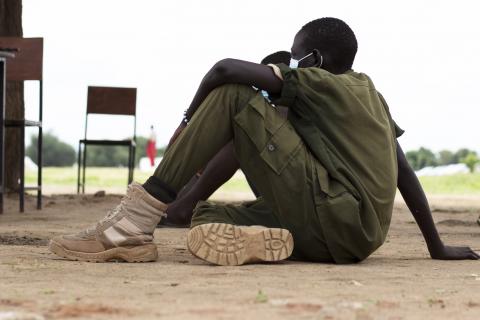