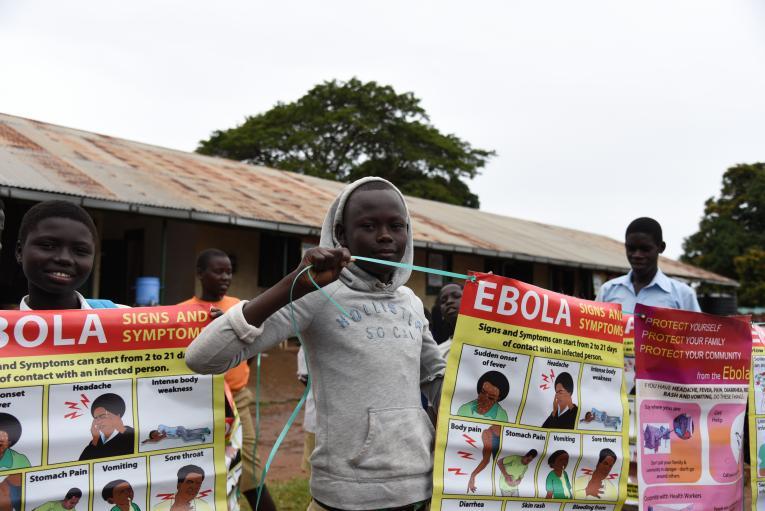 Juba, South Sudan, 29 July 2019 — Crucial information on how to protect oneself from contracting Ebola save lives. Since January 2019, UNICEF and its partners have engaged more than 3 million people in South Sudan with Ebola prevention messages, the UN children’s agency said today.

This week marks one year since the start of the ongoing Ebola Virus Disease (EVD) outbreak in neighbouring Democratic Republic of Congo (DRC), that has already killed more than 1,700 people. The DRC is in the grip of the second worst Ebola outbreak in history. There is an increasingly significant risk of Ebola spreading across porous borders into South Sudan. UNICEF is working with the Government of South Sudan, other UN agencies and partners to disseminate prevention messages and engage communities to help them protect themselves from the disease.

UNICEF is supporting the national Ebola preparedness efforts in South Sudan which, if adequately funded, will enable South Sudan to respond quickly and effectively in the event of an Ebola outbreak in the country. The UN children’s agency co-leads with the government the technical working group on risk communication, social mobilization and community engagement to inform communities about the disease and involve them in prevention activities. Furthermore, UNICEF and the government are co-leading the technical working group on infection prevention and control, which assists health workers and other front liners to perform their duties in a safe manner, and supports access to water, sanitation and hygiene in health facilities, schools and public places.

“With Ebola closer to South Sudan than before, we have no time to lose. We need to be prepared to deal with an outbreak in the country, but first and foremost we must do everything we possibly can to stop the disease from reaching South Sudan,” stressed Dr Mohamed Ag Ayoya, UNICEF Representative in South Sudan. “The active involvement of communities is key to avoid infections. We are working closely with them to create awareness and understanding of transmission routes, and promoting handwashing and good hygiene practices, which are the most effective prevention measures.”

UNICEF South Sudan is focusing on and engaging populations that are most at risk in the states bordering the Democratic Republic of Congo and Uganda. The UN children’s agency and its partners have trained 450 front-line mobilizers who are knocking on doors, organizing community meetings and engaging religious and local leaders to disseminate life-saving messages.

“Our teams and partners on the ground working in the communities confirm that an increasing number of people are now aware of Ebola, and the protection measures they can take to avoid infection,” said Ayoya, “The early detection and containment of the three Ebola cases in Uganda in June came as a result of increased public awareness and shows the true value of the prevention work and of working with communities. As long as Ebola remains on our doorstep, we cannot rest and must continue our efforts.”

Between January and July 2019, UNICEF and partners have:

UNICEF South Sudan needs USD 4.3 million to fund EVD prevention and preparedness activities until the end of September 2019. To date, 14% has been funded. UNICEF would like to thank the Governments of the United Kingdom and Germany, the World Bank and CERF for funding Ebola preparedness and prevention activities in South Sudan. 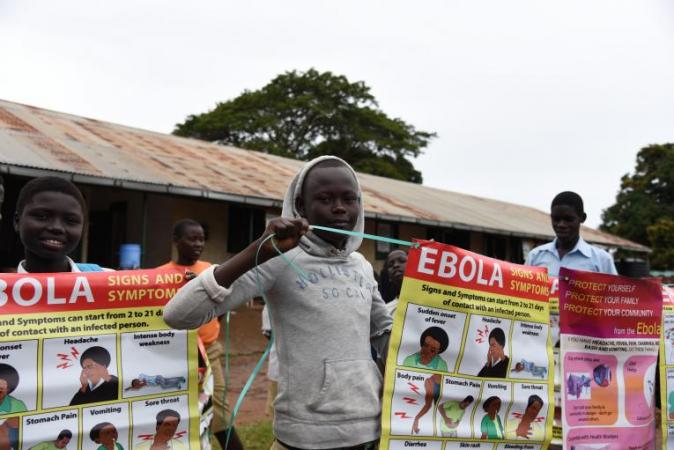 A girl is holding up a poster with Ebola messages in a school in Yei, one of the high-risk areas for Ebola in South Sudan. UNICEF is co-leading the risk communication efforts, raising awareness and educating people on how to stay safe. 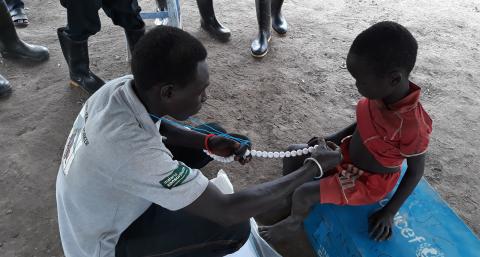 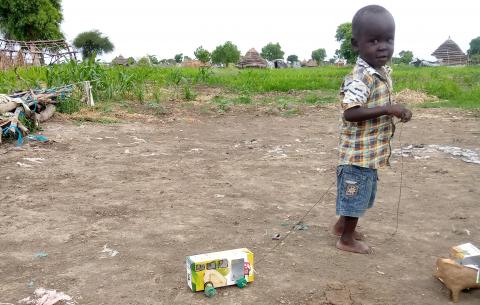 Playing can speed up recovery after child malnutrition

Playing is not (only) for fun 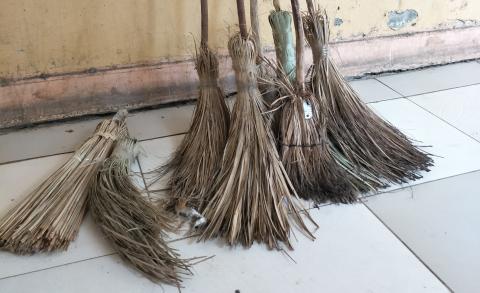 From exposure to protection 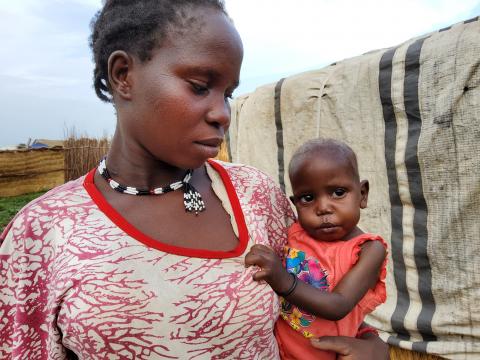 The many benefits of breastfeeding after six months