UNICEF recognizes that the nutrition of school-age children  is a core component of its child-centered programmes. To reach children of this age group, schools are a proven platform for the delivery of nutrition interventions (i.e., nutrition education, counselling, support, and services). Schools offer additional benefits for nutritional outcomes, as they can promote nutritious diets and impart related knowledge through skills-based education, especially when they are supported by supportive policies that help create enabling environments for the awareness of good nutrition principles.
The rationale for investing in the nutrition of school-age children has crystallized increasingly in recent years. From a biological perspective, new evidence underlines the importance of nutrition for adequate brain maturation during middle childhood and highlights the potential for youngsters to catch up during puberty.  Furthermore, we know that poor nutrition impairs cognitive skills among children of this age group and is a major reason for absenteeism and poor school attendance.  Moreover, as countries try to address the growing epidemic of obesity,  the promotion of healthy eating practices in and through schools and the creation of healthy food environments becomes increasingly important.
UNICEF and global partners (FAO, UNSCN, UNESCO, World Bank, WFP, EDC, and WHO) launched the Nutrition Friendly School Initiative (NFSI) to address the nutritional needs of school age-children. The NFSI is based on the principle that effectively addressing the increasing global public health problem of the double burden of malnutrition (i.e., the coexistence of both overnutrition and undernutrition in society) requires common policy options. Developed originally as a follow-up to the WHO Expert Meeting on Childhood Obesity (Kobe, Japan, June 20 to 24, 2005), the NFSI provides a framework for implementing integrated intervention programs to improve the health and nutritional status of school-age children and adolescents, targeting school setting (including preschools, such as nurseries and kindergartens).
The NFSI also aims to support government efforts in implementing a school-based multi-sectoral approach through the cooperation of the health and education sectors to address malnutrition among adolescents. NFSI has strengthened the involvement of adolescents, families, and community representatives and complemented ongoing school interventions by creating an enabling environment in schools for sustainable positive change regarding healthy nutrition and lifestyles.

The State of Palestine was selected as one of six countries globally to pilot this initiative since 2018, as evidence from multi-nutrition assessments and surveys have found a concerning prevalence of anemia among children and adolescents (31 percent in Gaza, 22 percent in the West Bank).  Among adolescents, every fifth girl was anemic. So, there was a critical need for UNICEF to support the community-based Nutrition Friendly Schools Initiative (NFSI) for schoolchildren and adolescents. So far, NFSI has targeted 34 schools (20 in the West Bank and 14 in the Gaza Strip), with 29,567 schoolchildren (around 78 percent of them girls) benefiting from this intervention.
The NFSI has succeeded in supporting the Ministries of Education and Health in reinforcing healthy dietary habits and physical activity to improve the nutritional status of adolescent girls through both extra-curricular and updated curricula activities. The implementation of NFSI enabled UNICEF and partners to support the Palestinian Ministry of Education (MoE) and update the National School Nutrition Strategy to incorporate NFSI principles. As the State of Palestine is the first country in the region to implement the NFSI, the international NFSI was adapted to the Palestinian context, translated into Arabic, and was endorsed by the MoE. This success resulted from collaboration with the national steering committee, established during the reporting period, that joins local and international partners, including UN agencies (UNICEF, WFP, FAO, WHO), the MoE, the Ministry of Health (MoH), local NGOs, and others. The MoE, in coordination with a local NGO partner, led the process and developed the Palestinian road map to implement the NFSI and has approved and endorsed the initiative to be scaled up to the national level and to all schools under the National School Nutrition Program.
UNICEF and nutrition partners were able to implement NFSI activities of highest quality in the State of Palestine even though COVID-19 restrictions hindered face-to-face interventions. Innovative virtual platforms provided an integral approach that shifted the work online and reached out to children despite the closure of schools. UNICEF and national partners are looking forward to implementing this program again and to scaling up interventions at the national level in the years to come.
The Principal of Gerbil Zalloum School for Boys, one of the schools that is in the process of transforming into a Nutrition Friendly School, expresses pride in being part of this programme and changing the lives of his students. “When I was first introduced to this project, I personally thought it would be too costly, but the opposite was true. You just need to understand and manage what is healthy and what is not,” he explained. He also wished that such an initiative had been available to him when he was young, saying “What you learn when you are young, stays with you your entire life.” He adds, “A few of our students who were screened were diagnosed with anemia through this project. These students actually benefitted the most with the new healthy lifestyle, as their health has improved. This is mainly because we not only provided awareness sessions for both parents and school staff but also were able to present how to eat healthy in a way that children and youth can understand.”

Ms. Abuaita from an NGO that partners with UNICEF and supports the coordination of implementing the initiative in Palestine said, “Starting in 2018 as a pilot project, the Nutrition Friendly School Initiative is the first of its kind in the Middle East region. With its unexpected and growing success, today we are proud to say that we have 34 schools in the West Bank and Gaza that are currently in the process of getting accredited to become Nutrition Friendly Schools, reaching around 13,000 students. In addition to this milestone, the Minister of Education is endorsing this initiative under the National School Nutrition Strategy. I look forward to achieving way more under this project, as it truly provides an enabling healthy environment for our children and in turn contributes to improved learning and enhances their academic achievements.”
For children to reach their full potential, they must be provided every opportunity to succeed. Ensuring that children have access to adequate nutritious food is a critical component, and schools are uniquely situated to educate children on these skills. Of particular importance is the development of supportive policies that create an enabling environment for the teaching of good nutrition principles. 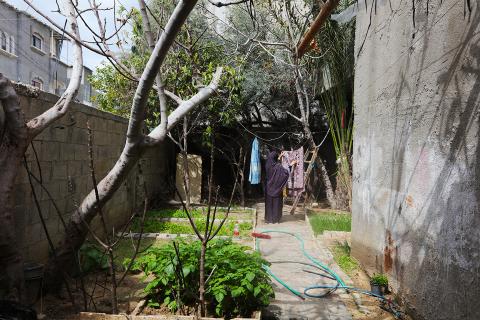 UNICEF and its partners are providing child sensitive cash transfers to families with children that were affected by the May 2021 escalation in Gaza. 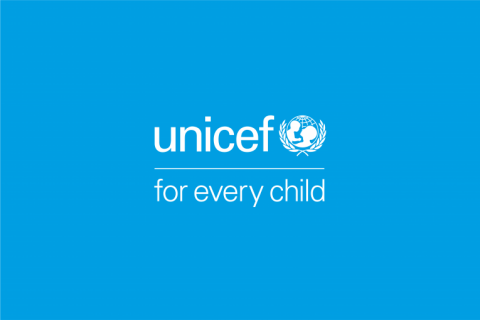 Religious days ahead are an opportunity to protect children from violence 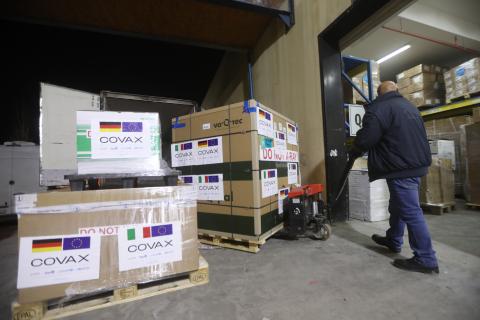