“There is no place to go back to.” Drought and displacement in Somalia

Mogadishu, Somalia: Khadijo Mohamed, 40 years old, is a mother and farmer from Dinsoor Town in the Bay region of Somalia. She sits outside her makeshift tent on the outskirts of Mogadishu recounting the journey she has been forced to take as her home region teeters on the edge of famine.

“We were farmers and used to live a comfortable life in our house because we planted maize, beans and other crops, and we used to have cows that we got milk from before the drought hit,” Khadijo explains. “Our lives depended on farming, and we got income from it because we planted different crops and then we sold part of the crops and stored the rest.”

Like thousands of other families across Somalia, Khadijo has watched crops fail, their livestock perish and their community’s water supplies evaporate. She fled to Mogadishu in search of food and water for her four youngest children.

The journey to Mogadishu was brutal. They had no food for seven days and all her children fell sick. As they arrived at the outskirts of the city, her youngest, two-year-old Sabirin, was severely malnourished.

“Sabirin got sick … I took her to the health centre. She was weighed and was 4 kilos, but she had been 5 kilos before. The health centre workers referred us to Banadir Hospital. I took Sabirin to hospital; she was a thin, paralysed child. When we were admitted to hospital and given a bed, I felt she would die the following day.’’

Khadijo watched over her tiny daughter in the hospital bed as she fought to survive. Her other children remained in their makeshift tent, looked after by a neighbour.

“I was in Banadir hospital with the girl for nine days. They gave her nutritious food and [she has] now improved from 4 kilos to 5.7 kilos. Now I feel my daughter is healthy.”

Although much improved, Sabirin is still malnourished and is receiving ongoing health care at a nearby UNICEF-supported health centre. She is continuing feeding with ready-to-use-therapeutic food.

“When we were discharged from hospital, they asked me to observe hygiene,” says Khadijo. “They showed me how to give the nutritious nuts [ready-to-use-therapeutic food] to the baby. They told me to give her a sachet in the morning, at noon and at night and to wash my hands. They asked me to follow that procedure of feeding and contact the hospital in case I don’t know what to do.”

UNICEF is responding rapidly to this crisis in Somalia and across the entire drought-stricken Horn of Africa. To reach families in hard-to-reach areas and those that have been forced to leave their homes in search of food and water, UNICEF is deploying mobile ‘find and treat’ teams. This year, UNICEF has treated more than 300,000 children for severe acute malnutrition and provided emergency water supplies through water trucking to 500,000 people in the past three months alone.

In addition to urgent health, nutrition and water supplies, UNICEF is aiming to provide 300,000 children with psychosocial support and access to formal or informal education. Amid drought, displacement and insecurity, these services help children recover from trauma and help them think about a future.

For Sabirin, her mother has high hopes about what their future holds now that they have made it safely to the city.

“Because of the severe drought, animals and crops have perished; there is no place to go back to,” Khadijo reports. “I want to get used to town life so that my children go to school and become engineers, masons. I want my children to get an education and learn everything, to get out of the difficulty and teach me what they learned. Particularly, I want Sabirin to excel in studies and help poor people.” 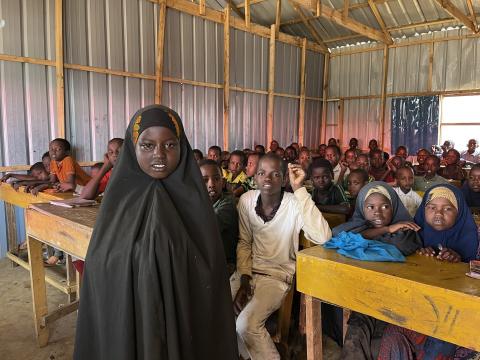 Children access education for the first time in their lives 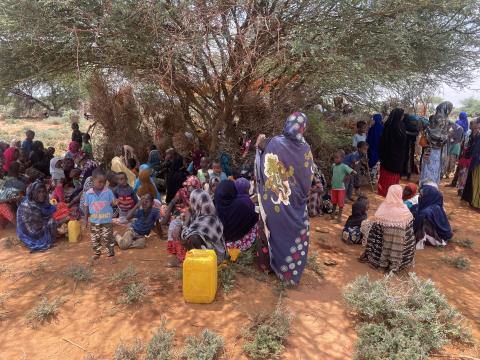 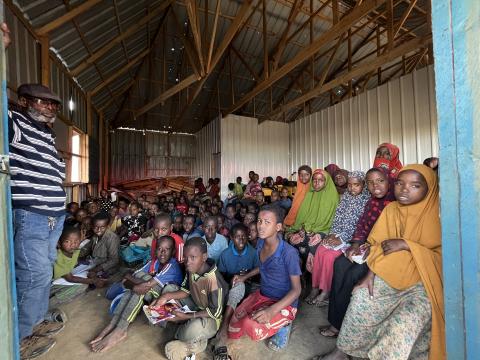 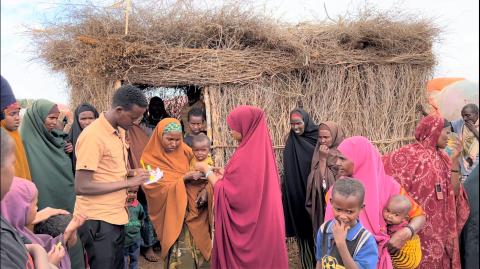 With famine knocking at the door

Children screened for malnutrition and referred for treatment