In a village where even talking about menstruation was considered a taboo, Basant happily obliges his daughters if they need to buy sanitary napkins

MIRZAPUR, India: UNICEF’s programme has in the past recognized the need to break the silence around menstruation and include men in the conversation on women’s health and safety. In Mirzapur, men like Basant Lal have become a ray of change, standing up to discriminatory practices that hinder girls and young women from living to their full potential.

Basant, 45 years, has led by example in his village where he lives in a thatched house with his nine children and wife. Married at a young age, Basant was pressured by his family members to continue having children till he had a son. Before he had his first and only son, he had had eight daughters.

"I wanted to only have three children. It didn't matter to me if they were just girls, but I succumbed to societal pressure."

Surrounded by trees and buffaloes lazing around, his daughters can be seen running in and out of the house, spilling into their small courtyard. Basant, a daily labourer, fills up with pride when he mentions that he has been trying to provide education to all of his daughters despite having a minimal income.

All of my daughters have been sent to school. We have been encouraging them to do so. So that they can take care of themselves and earn their own living.”

“I make it a point to support their education and feed them well, for their better future. I can’t marry them off before they are adults. It will ruin their health and future prospects,” he says.

Basant Lal believes that educating his daughters has made them independent and reduced his burden of taking care of the house or running necessary errands.

Basant always stood against the gender discrimination that women were subject to in his village. But after attending a training organized by UNICEF, Basant also started understanding the restriction put on menstruating women and is vocal about that too now.

He dismisses all the local restrictions put on menstruating women.

“In earlier times, people would not allow menstruating women to enter the kitchen, mostly for hygiene concerns. So, I encourage my daughters and wife to always pay attention to hygiene and stay clean,” says Basant Lal. None of his daughters asked to skip school or are restricted from accessing any space they want to when menstruating.

Basant’s daughter Priya Devi, now 21 years, became a peer educator on menstrual health management for a project by UNICEF, supported by Johnson and Johnson. Basant encouraged her, and he was enthusiastic about learning about women’s health to take better care of his daughters.

“In earlier times, people would not allow menstruating women to enter the kitchen, mostly for hygiene concerns. So, I encourage my daughters and wife to always pay attention to hygiene and stay clean."

On multiple occasions, Basant has accompanied his daughter Priya to meet the parents of girls who have not been receptive to changing their behaviour and beliefs regarding menstruation.

Basant shares his experience with other families as a father of eight daughters and has convinced many families to let go of gender discriminating practices.

"Sometimes parents don't send their daughters to the training on menstruation health and hygiene. I have taken my father along to convince such families," mentions Priya.

Basant's daughters are not ashamed to share their menstrual health details with their father. They understand that taking care of their nutrition and other requirements is essential.

In a village where even talking about menstruation was considered taboo, Basant happily obliges his daughters if they need to buy sanitary napkins.

Basant and his wife are proud that their daughters can study, work and lead a positive change in their village. The younger daughters have been educated on menstrual health by Priya, and the parents have been ensuring they do not hinder their education or freedom.

“Sometimes people will mock me when they see me buying pads, but I don’t mind. I don’t see anything wrong with it." 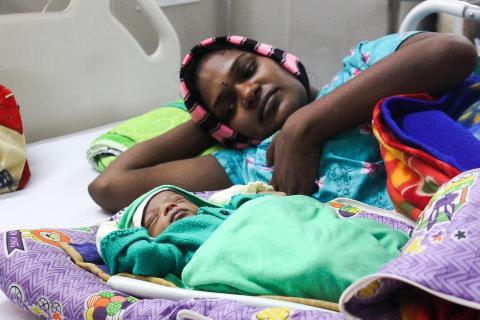 Breastfeeding within an hour of C-section delivery 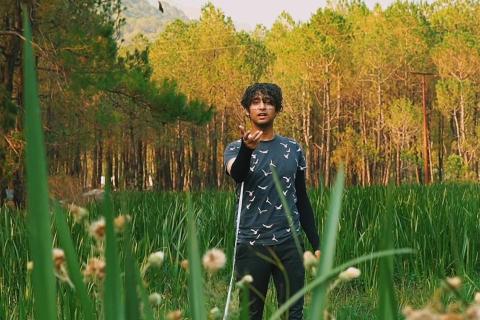 Turning the pages of the Spoken Word World

'Degree over dreams' or 'degree FOR your dreams?' 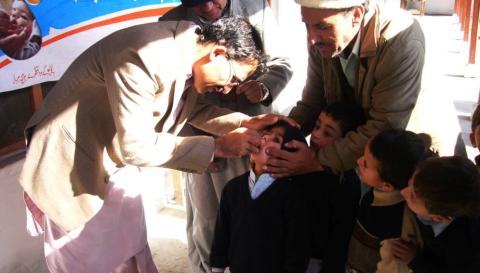 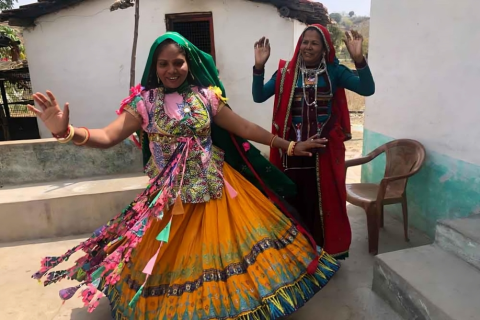