The road to being healthy starts with a clean toilet

Rose Amorin was just a few days old when Lolita adopted her. When she was around a year old, she fell from the second floor of their house, hitting a tree branch on her way down. The unfortunate accident damaged her lower body. A doctor advised surgery for the young girl, but her mother was too scared of losing the child and couldn’t raise the money needed. This led to her permanent disability from the waist down.

Now 29, Jenny Rose uses her arms to drag herself around the house. Her mother, now 79, has been looking after Jenny Rose since she lost all ability to walk when she reached Grade 2. Despite her disability, Jenny gives her best when doing things that regular people do. She even provides laundry services to help her aging mother earn more money.

Another challenge she and her mother experienced was the drastic change as they moved 500 kms from Manila to Masbate when she was 16 years old. Open defecation was the norm when they arrived in the Municipality of Milagros. It was quite hard for Jenny to adjust to the situation, having had a toilet back in Manila.

Only a few households in Milagros had a toilet. Whenever Jenny and her mother needed to defecate, they set a plastic bag on the floor, gather their feces, and bury them in the soil. This whole tedious practice was especially hard for Jenny Rose who had difficulty moving around.

“It was really hard. Imagine, given my disability, I had to dig a hole to be able to dispose of my feces. It was also very embarrassing. If I would want to defecate, I would need to do it at home, just with a plastic bag.”

“It took time for me to adjust. I was not used to it because we used to have a toilet back in Manila,” says Jenny Rose.

But in 2014, the local government of Milagros started to pilot the Philippine Approach to Sustainable Sanitation (PhATSS) Program, which aims to empower local government units to take charge of the sanitation situation and be able to reach national goals in a step-by-step process. The implementation of PhATSS starts with achieving Zero Open Defecation (ZOD), a status of a community where all people no longer defecate in the open.

Jenny Rose and her mother were educated by their Sanitary Inspector, through a process called Community Led Total Sanitation (CLTS), on how they learned that they basically eat their own feces through fecal-oral transmission, brought about by open defecation and improper hygiene practices.

“Now we understand the importance of having a toilet. We no longer have to dig a hole just to be able to defecate. It also smells nicer. There are also less people who get sick. We used to be scared to go out at the night to defecate because there might be snakes, other animals, or people who might attack us” Jenny said.

Lolita also shared that they decided to build their own toilet, believing it to be more economical for them compared to spending on medicine and hospitalization due to unsanitary handling of their waste.

Now that they have their own toilet, Jenny Rose and her mother are very grateful. Jenny feels that she is now safer, and she has more privacy, especially during her menstrual period. Both women are glad that performing a necessity, such as using the toilet, has become more convenient.

Toilets: Not only for health, but for safety

In Mapanas, Northern Samar – 300 kms from Milagros – a shy 13-year-old Lovely Joy goes through similar challenges because of her disability.

Born with clubbed feet, the Grade V student at Mapanas Central Elementary School walks with difficulty and is not able to carry heavy things. But support from family, friends and classmates have made her life easier, close to what would seem a normal life. She also has her share of occasional bullying from other children who ridicule her for the way she walks. When she was younger, she used to cry and tell her parents and teachers about the bullying, but has since learned to take it all in stride.

Like Jenny Rose, using the toilet and bathroom is quite a challenge for Lovely Joy who often needs to be assisted. The family’s sanitary facility is a hole-in-a-wall set-up where water is brought from the community water pump shared by a few households within the village. This water is used by the family for cooking, cleaning, taking a bath, and daily necessities. However, they need to boil this water if they use it for drinking.

“I ask the help of my father when I need to go to the bathroom to take a bath or do my daily necessities,” she said. “It is difficult for me to fetch water from the water pump because the water pail is heavy. The water spills if I carry the pail.” On Lovely Joy’s request, her father fetches water in pails and places them in the family bathroom so she could clean herself. When her father is not around, other members of the family help fetch water for her.

But, three years ago, it was even more difficult when the family did not have the toilet that they have now. "Before, we had to go to grass fields, away from people, when we did our necessities. We would dig a hole in the ground and bury our waste there,” shares Lovely Joy’s mother, Salvacion. “It was very hard, especially at night, and particularly when it was raining,” she says.

When Lovely Joy was born, they had a temporary pit latrine. This was where she was potty-trained when she was young. “It was very difficult to use for Lovely Joy because of her clubbed feet. She always needed somebody to hold her,” recalls Salvacion.

By the time Lovely Joy had her first period, the family already had their own toilet which has helped her and sisters a lot in their hygiene and privacy. With help from her mother and older sister, she learned how to use a sanitary napkin properly and practice menstrual hygiene management.

The family’s toilet, which doubles as a bathroom, has been a big help. Installed in 2018, it has helped in the implementation of the PhATSS by the government of Mapanas to eradicate diseases.

With support from UNICEF, the local government was able to mobilize the community to convince and educate people on the benefits of having toilets. Sanitary inspectors and community volunteers went from barangay to barangay to show how open defecation could easily lead to diseases. The people saw how flies could contaminate their food in unsanitary surroundings.

Eventually, people saw the need to practice proper hygiene. The government helped in this drive by providing incentives to barangays that had 100% toilets in their households.

Through this effort, both Milagros and Mapanas have been certified as Zero Open Defecation (ZOD) municipalities where nobody defecates in open areas. Furthermore, all households can access sanitary toilets – either through individual household facilities, shared toilets, or communal toilets. Rural sanitary inspectors conduct house-to-house inspections to ensure the availability of water and soap in or near the toilet in all households and proper disposal of waste and/or diapers of children, elderly and persons with disabilities. There is also a coordinating team that addresses water, sanitation and health issues.

The installation of toilets throughout the two municipalities have significantly reduced the occurrence of diseases such as diarrhea and the towns now enjoy a cleaner and healthier environment.

November 19 is World Toilet Day. In 2019, UNICEF Philippines and the Department of Health (DOH), is leading the World Toilet Day Celebration in the country, with the theme “Toilets for All: Leaving No One Behind”.

As part of the World Toilet Day celebration, DOH has launched Administrative Order 2019-0054 institutionalizing the implementation of the Philippine Approach to Sustainable Sanitation (PhATSS) Program nationwide. PhATSS has been developed and pilot tested by UNICEF in selected pilot areas in the country since 2014. 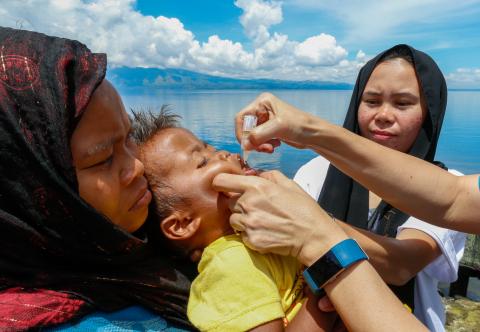 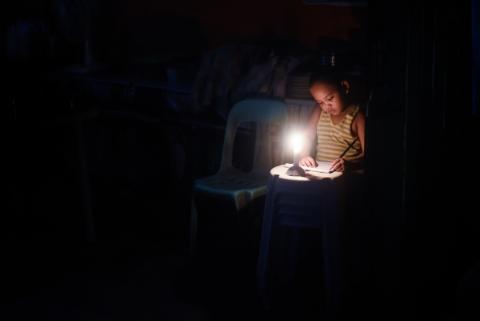 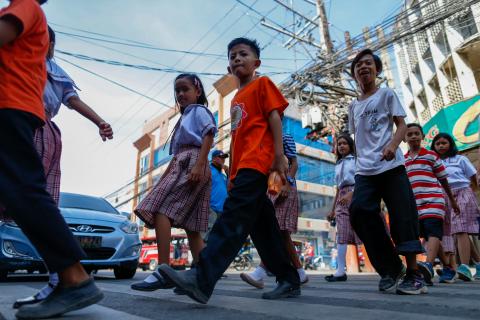 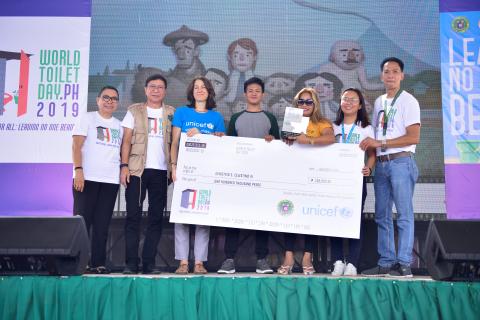