UNICEF and Action Against Hunger Philippines are providing life-saving WASH support for affected communities in Siargao, Dinagat and Surigao City.

On the 16th of December 2021, Typhoon Odette (internationally named Typhoon Rai) made its first landfall in the Siargao Islands of Surigao Del Norte in Caraga. Within hours of its impact, a total of 2,552,312 families across 38 provinces have been affected as the typhoon had incurred massive damages in infrastructure, houses, and livelihoods that have severe and long-term effects on the affected populations (Source: National Disaster Risk Reduction and Management Council as of 30 January 2022).

Burgos was one of the municipalities that bore the brunt of Typhoon Odette’s impact. Geographically facing the Pacific Ocean, many of its communities experienced storm surges and violent winds.

Through our Super Typhoon Odette WASH Emergency Response in CARAGA, we are hoping to reach 26,000 typhoon-affected people within the Municipalities of General Luna, Burgos, San Benito, and Del Carmen. With the support of UNICEF Philippines and UN CERF, our goal is to provide the children and their communities with safe water and sanitation services while promoting proper hygiene practices in times of emergency.

We jumpstarted our water, sanitation and hygiene (WASH) activities starting in Barangay Baybay in the Municipality of Burgos and made our way to San Benito to reach Barangays Bongdo, Talisay, and San Juan. Within the first week of February, we have supported approximately 3,580 people (221 households in Burgos; 495 households in San Benito).

Life-saving WASH assistance in the form of hygiene and/or water kits (jerry cans with Aquatabs/Hyposol) were provided to prioritized families with children under five years old, family members with vulnerable circumstances— pregnant/lactating women (PLWs); single-headed households, child-headed households; persons with disabilities (PWDs); senior citizens; and family members with comorbidities—or impoverished families who have not yet received emergency WASH support in the aftermath of Typhoon Odette.

One of the recipients, a mother from Brgy. Bongdo, expressed her gratitude upon seeing several soap items in the emergency kit. She stated that her community had little expectations that they would still be receiving WASH support. According to her, neighboring barangays already received similar aid weeks before, but her barangay was not included. 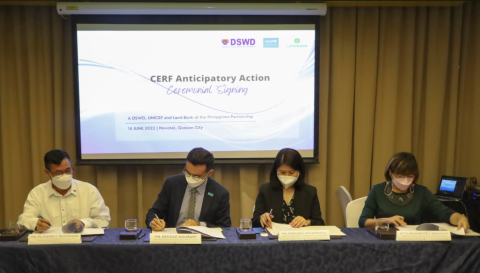 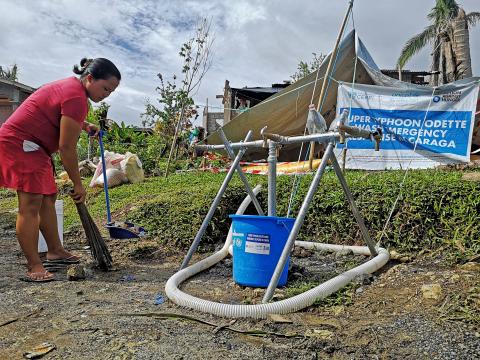 Stories from the Field: Breaking bias in times of emergencie 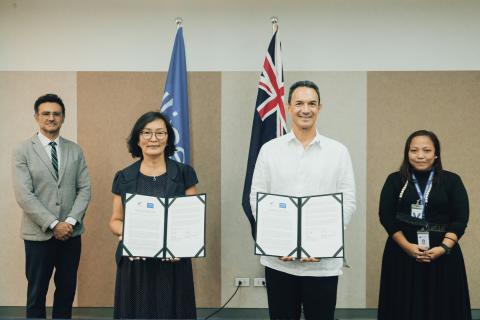 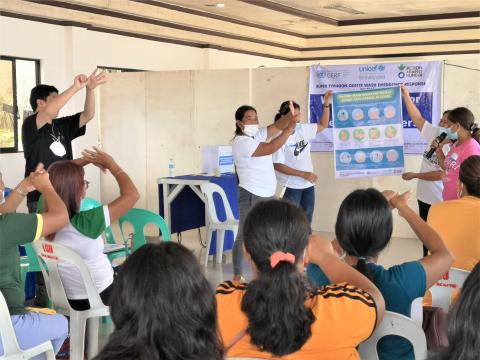