Kids Take Over at a High-Level Government Meeting “For Children, By Children” 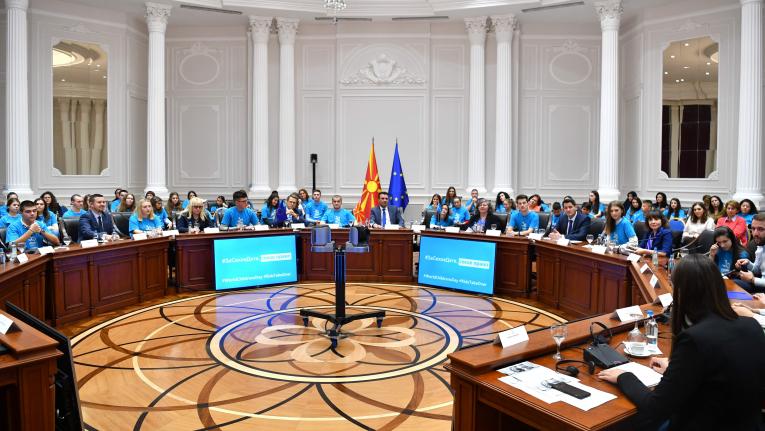 Skopje, 20 November 2019: Over 80 children and young people joined the Government at High-Level Government Meeting “For Children, By Children” where six young advocates took over the discussion, calling for more action to protect and promote child rights.

The children and young people met with the President of the Government, Zoran Zaev together with the Ministers of Labour and Social Policy, Environment and Physical Planning, Justice, Health, General Secretaries from the Ministry of Education and Science and Foreign Affairs and other officials including the Head of the Delegation of the European Union and UNICEF Representative.

“We want to hear and take note of the issues that you [young people] are concerned about,” said Zoran Zaev, President of the Government. “It will help direct the executive branch of the Government to focus on the most important issues children and young people face.”

“We see recently in Europe and all across the world how the young generations are increasing their voice, how they are coming together to push adults to deal with the real issues, how they are asking adults to do everything possible not to waste their future,” said Samuel Zbogar, Head of the Delegation of the European Union.

"Today we are reminded that it is no longer enough to say ‘children are our future’ because children are here and now - they have great potential and carry the promise of a better future for themselves and future generations. It is up to us to hear what they have to say,” said UNICEF Representative, Patricia Di Giovanni.

Six young advocates – representing their peers – took over the discussion, speaking with passion and conviction on issues they care about including: quality education, inclusion of children and youth, youth (un)employment and brain-drain, participation and engagement, violence and mental health and the climate crisis.

In the discussion that followed, Government officials confirmed that they will work to address the ideas and suggestions made and that additional meetings and debates would be organized with young people to further explore the proposed solutions.

“After everything I’ve heard today, I truly believe that if we gave young people the chance to rule the world for just one day, they would make the world a better place to live,” said Mila Carovska, Minister of Labour and Social Policy.

“I urge you [young people] be loud, stand up, be united, voice yourself - we have to listen to you - the louder you are the more active we will become,” said Naser Nuredini, Minister of Environment and Physical Planning.

The event was also an opportunity to celebrate childhood and gave children the chance to express their vision of the future they want. An exhibition featured ten creative works produced by children during World Largest Lesson classes, children also gave a presentation and recited a rap song to remind audiences of the essence of the rights of the child.

Every year on 20 November – to mark the signing of the United Nations Convention of the Rights of the Child - the world celebrates World Children’s Day. This year – the 30th anniversary of the Convention – is extra special and a time to make commitments that confront some of the new challenges children and young people face, and take advantage of new opportunities in the modern world. North Macedonia joined other United Nations Member States to align to a Global Pledge promising to renew their commitment to the Convention on the Rights of the Child and implement child rights fit for the 21st century.

The High-Level Government Meeting “For Children, By Children” organised by the Government in partnership with UNICEF and the EU Delegation and the Youth Education Forum. It was part of a series of UNICEF and EU supported initiatives to mark the 30th anniversary: 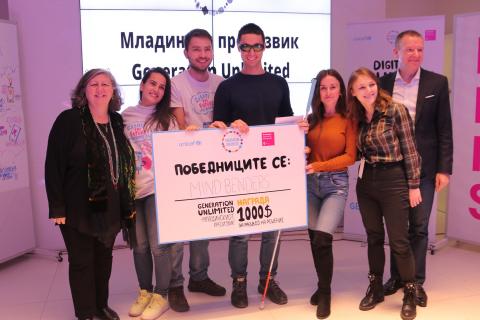 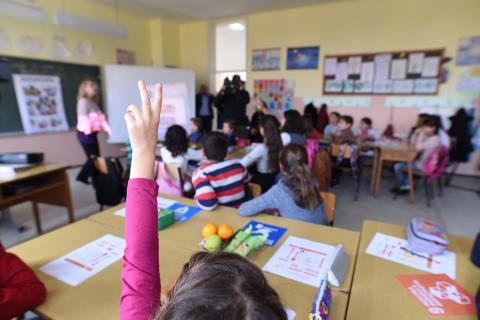 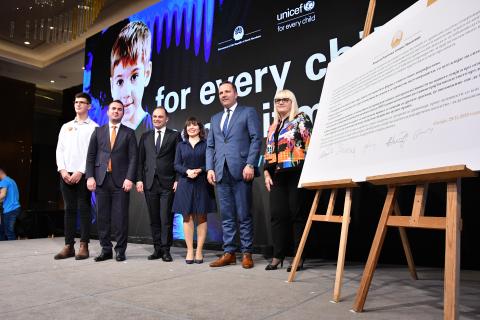 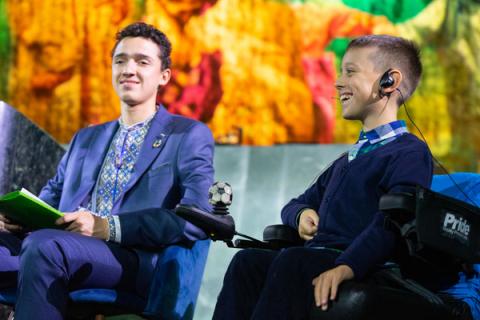 My disability does not bother me, what bothers me are the barriers in the environment
Visit the page