New release brings total number of children released since 2017 to over 1,700 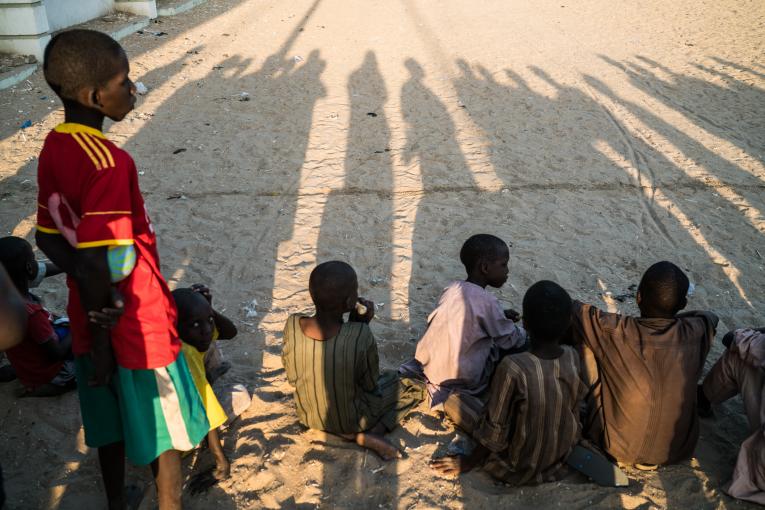 MAIDUGURI, NIGERIA, 10 May 2019 – A total of 894 children, including 106 girls, were released from the ranks of the Civilian Joint Task Force (CJTF) in Maiduguri, north-east Nigeria today, as part of its commitment to end and prevent the recruitment and use of children.

The CJTF is a local militia that helps the Nigerian security forces in the fight against insurgency in north-east Nigeria. It was formed in 2013, with the aim of protecting communities from attack.

“Any commitment for children that is matched with action is a step in the right direction for the protection of children’s rights and must be recognised and encouraged,” said Mohamed Fall, Representative of UNICEF in Nigeria and the Co-chair of United Nations Country Task Force on Monitoring and Reporting on Grave Child Rights Violations (CTFMR).

“Children of north-east Nigeria have borne the brunt of this conflict. They have been used by armed groups in combatant and non-combatant roles and witnessed death, killing and violence. This participation in the conflict has had serious implications for their physical and emotional well-being."

Since September 2017, when the CJTF signed an action plan committing to put measures in place to end and prevent recruitment and use of children, 1,727 children and young people have been released. Since then, there has been no new recruitment of children by the CJTF.

The children and young people released today will benefit from reintegration programmes to help them return to civilian life, seize new opportunities for their own development, and contribute to bringing lasting peace in Nigeria, as productive citizens of their country. Without this support, many of the children released from armed groups struggle to fit into civilian life, as most are not educated and have no vocational skills.

In the ongoing armed conflict in north-east Nigeria, more than 3,500 children were recruited and used by non-state armed groups between 2013 and 2017. Others have been abducted, maimed, raped and killed.

“We cannot give up the fight for the children, as long as children are still affected by the fighting. We will continue until there is no child left in the ranks of all armed groups in Nigeria,” said Fall.

UNICEF continues to work closely with state authorities and partners to support the implementation of reintegration programmes for all children released from armed groups, as well as others affected by the ongoing conflict. The gender and age-appropriate community-based reintegration support interventions include an initial assessment of their well-being, psychosocial support, education, vocational training, informal apprenticeships, and opportunities to improve livelihoods.

At least 9,800 people formerly associated with armed groups, as well as vulnerable children in communities, have accessed such services between 2017 and 2018.

Note: UNICEF, with funds from the European Union and other donors, is helping adolescent survivors of the ongoing conflict in Borno rebuild their lives through vocational training and psychosocial support.

Since 2012, non-state armed groups in north-east Nigeria have recruited and used children as combatants and non-combatants, raped and forced girls to marry, and committed other grave violations against children. Some of the girls become pregnant in captivity and give birth without any medical care or attention.

In 2016, the CJTF was listed in the annexes of the Secretary-General’s Annual Report for Children and Armed Conflict for the recruitment and use of children. Following the listing, UNICEF, in its role as Co-chair of the United Nations Country Task Force for the Monitoring and Reporting on grave violations against children, has been working with the group and Nigerian authorities to develop an Action Plan which was signed in September 2017. Through the Action Plan, the CJTF commits to put in place a number of measures to end and prevent child recruitment and use. Identifying and releasing all children within the group’s ranks and instructing its members not to recruit or use children in the future are examples of such measures.

UN Security Council resolutions 1539 (2004), 1612 (2005), 1882 (2009), 1998 (2011) and 2225 (2015) on Children and Armed Conflict established measures and tools to end grave violations against children, through the creation of a monitoring and reporting mechanism, and the development of action plans to end violations by parties listed in the annexes of the Secretary-General’s Annual Report on Children and Armed Conflict. 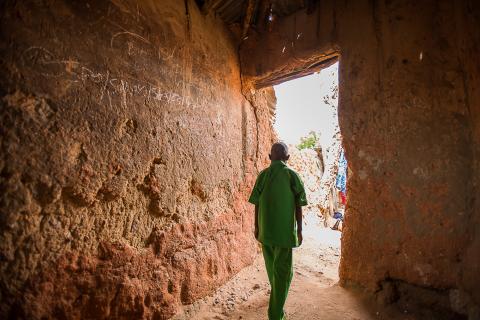 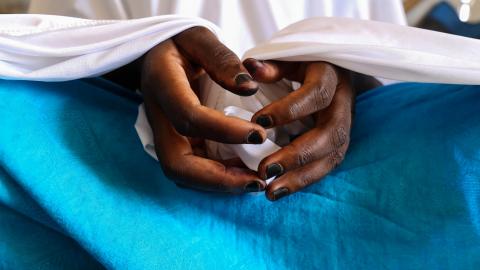 Use of children as ‘human bombs’ rising in northeast Nigeria